Now Reddit Investors Are Talking About Targeting Silver, And That Could Change EVERYTHING 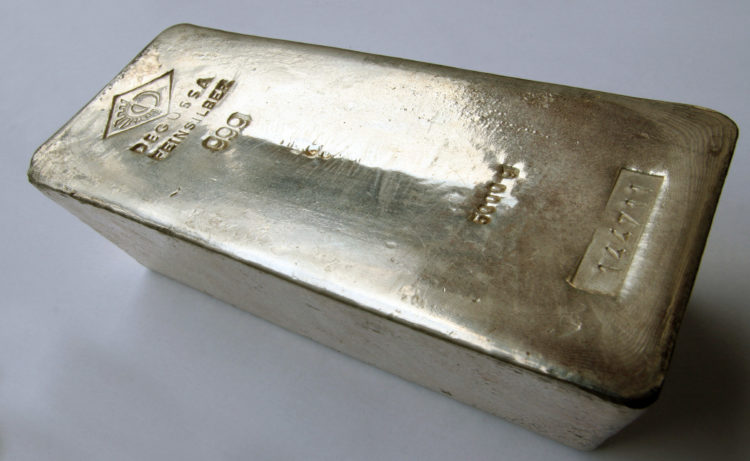 For decades, the big fish on Wall Street have been able to do virtually anything that they want, but now the small fish are fighting back and it has been a beautiful thing to watch.  Finally it is payback time, and the losses have been absolutely staggering.  In fact, Reuters is reporting that short sellers have lost more than 70 BILLION dollars so far this year.  But nobody should be crying for the short sellers.  As Charles Payne pointed out during an epic rant on Fox Business, the short sellers have ruthlessly crushed countless businesses over the years, and they did so without showing any mercy whatsoever.

This article was written by Michael Snyder on The Most Important News website.

So now the big hedge funds want mercy themselves?

It’s not likely to happen.

After sending GameStop, AMC and other beleaguered stocks into the stratosphere, now investors on Reddit are talking about going after a really huge whale.

The silver market is perfectly primed for an epic short squeeze, and a coordinated assault by retail investors could make it happen.

The silver futures market has oscillated between having roughly 100-1 and 500-1 ratio of paper traded silver to physical silver, but lets call it 250-1 for now. This means that for every 250 ounces in open interest in the futures market, only 1 actually gets delivered. Most traders would rather settle with cash rather than take delivery of thousands of ounces of silver and have to figure out to store and transport it in the future.

The people naked shorting silver via the futures markets are a couple of large banks and making them pay dearly for their over leveraged naked shorts would be incredible. It’s not Melvin capital on the other side of this trade, its JP Morgan. Time to get some payback for the bailouts and manipulation they’ve done for decades (look up silver manipulation fines that JPM has paid over the years).

The way the squeeze could occur is by forcing a much higher percentage of the futures contracts to actually deliver physical silver. There is very little silver in the COMEX vaults or available to actually be use to deliver, and if they have to start buying en masse on the open market they will drive the price massively higher. There is no way to magically create more physical silver in the world that is ready to be delivered. With a stock you can eventually just issue more shares if the price rises too much, but this simply isn’t the case here. The futures market is kind of the wild west of the financial world. Real commodities are being traded, and if you are short, you literally have to deliver thousands of ounces of silver per contract if the holder on the other side demands it. If you remember oil going negative back in May, that was possible because futures are allowed to trade to their true value. They aren’t halted and that’s what will make this so fun when the true squeeze happens.

That post has already been upvoted more than 9,400 times, and it appears that a consensus is building that this is going to be the next big thing after the raid on GameStop short sellers is done.

On Thursday, the price of gold was up 4.5 percent in anticipation that something might happen, and much of that price movement was apparently caused by short sellers that feverishly rushed to close their positions…

“After watching GameStop (NYSE:GME) and other shorts getting blasted, rumours that silver could be targeted has traders preemptively covering shorts just in case,” said Tai Wong, a trader at investment bank BMO in New York.

As Eric King has pointed out, if Reddit investors really do decide to go all-in on silver, they could do some serious damage…

“Chris, I just calculated the last 4 trading days in GameStop (GME) in dollar terms and it totals $82.3 billion. I think annual silver production is roughly 1 billion ounces and at current prices that would total about $25 billion. That means yesterday’s trading volume in GameStop of $29.9 billion would have purchased more than the entire annual silver mine production! And the last 4 trading days in GameStop ($82.3 billion in dollar terms) would have purchased more than a staggering 3-times the entire annual global silver mine production! This type of buying would obviously create one hell of a violent short squeeze in the silver market.”

Of course the other side doesn’t exactly play fair.

On Thursday, Robinhood and other trading platforms suddenly restricted trading in some of the key stocks that retail investors have been targeting…

The decision means traders cannot initiate new positions in shares of those companies and can only sell existing holdings. The company also raised margin requirements for certain securities.

No, Robinhood tells The Verge, it didn’t sell off full shares of GameStop, AMC, and other buzzy stocks without permission from its traders.

That contradicts the stories of twelve people who spoke with The Verge, saying that the app unexpectedly sold off their holdings in some of these companies. Quite a number of Robinhood users expressed their surprise on social media today that the app was selling off their stakes, and we tracked down a dozen of them. These traders didn’t believe they had prompted the sales, and they said they weren’t aware of anything on their account that would have automatically triggered them.

Hopefully authorities will investigate and get to the bottom of what actually happened.

At this point, Robinhood has already been slapped with two lawsuits because of what took place on Thursday…

Two Robinhood users filed separate lawsuits against the brokerage app Thursday after it and other apps restricted trading of certain securities.

The U.S. House Financial Services and Senate Banking committees said on Thursday they will hold hearings on the stock market after users of investment apps faced trading limits following the “Reddit rally” that put a charge into GameStop and other volatile stocks that were touted in online forums.

“We must deal with the hedge funds whose unethical conduct directly led to the recent market volatility and we must examine the market in general and how it has been manipulated by hedge funds and their financial partners to benefit themselves while others pay the price,” said Representative Maxine Waters, a Democrat who heads the House panel.

After everything that just went down, I don’t know how Robinhood is going to survive.

There are also rumors of a “liquidity crisis” at Robinhood, but the company insists that those rumors are simply not true.

Meanwhile, the firm has in emergency credit in recent days…

Robinhood Markets, the trading app that’s popular with investors behind this month’s wildest stock swings, has drawn down some of its bank credit lines to ensure it has enough cash to clear trades, according to people with knowledge of the matter.

The firm, according to one of the people, has tapped at least several hundred million dollars, a significant amount of money for a firm that was valued at about $12 billion a few months ago. Robinhood’s lenders include JPMorgan Chase & Co. and Goldman Sachs Group Inc., according to data compiled by Bloomberg. Representatives for Robinhood and those banks declined to comment.

I have a feeling that this story is not going to end well for Robinhood.

But for the retail investors that are changing the course of history, this is truly an amazing time.

Finally, the small fish are standing up for themselves and are fighting back against the big fish, and the big fish have good reason to be quite scared.