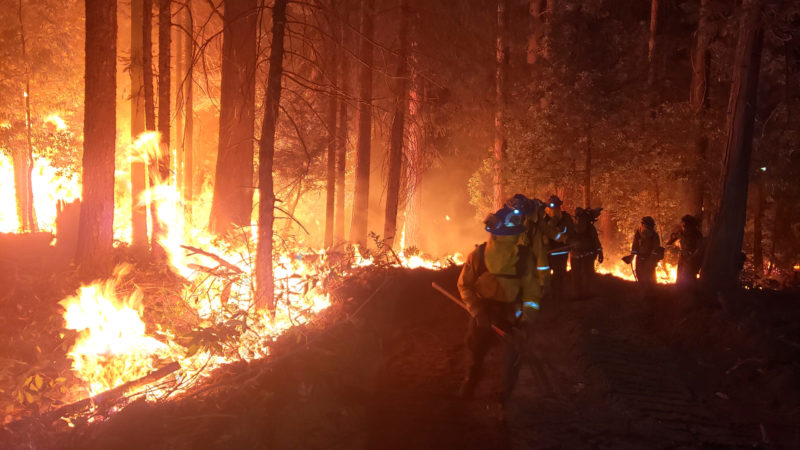 Pacific Gas & Electric (PG&E) was sued by the Shasta County District Attorney’s Office on Friday over 31 charges, including 11 felonies and 4 counts of manslaughter, stemming from the Zogg Fire last year.

The Zogg Fire started in September 2020 near the Shasta County town of Igo. Over the next several weeks, the towns of Igo and Ono were partially destroyed as the fire grew to a total size of 56,338 acres across the counties of Shasta and Tehama, destroyed 204 buildings, killed 4 people, and came to within a few miles of Redding.

The Department of Forestry and Fire Protection (Cal Fire) immediately investigated the incident, with a lawsuit being filed in Shasta County Superior Court in December by a group of 150 people against PG&E before Cal Fire could determine cause. However, in March, Cal Fire finally came to the determination that a tree had fallen on PG&E power lines, with it’s equipment subsequently sparking the wildfire.

For the last several months, the main argument between the counties and the utility company have been focused on the gray pine tree that fell. Both Shasta and Tehama Counties have said that PG&E did not remove the tree after it had been marked for being removed two years ago. PG&E has countered that the tree was later determined to have been ok to stay standing.

With neither side budging, Shasta County District Attorney Stephanie Bridgett finally determined this week that PG&E was criminally liable for  for failing to perform their legal duties, was criminally negligent, was responsible for the deaths of 4 people and the paralyzation of a firefighter helping putting out the blaze, as well as several felony arson counts.

DA Bridgett clarified the counts on Friday, noting that there would be a large fine for each person killed in the fire.

“PG&E failed to perform its legal duties. Their failure was reckless and criminally negligent, and it resulted in the death of four people,” said Bridgett on Friday. “A corporation can’t go to jail, so we’re talking fines, fees, the ability for the court to order remedial and corrective measures. One of our primary functions here is to hold them responsible and let the surviving families know that their loved one did not die in vain.”

PG&E officials have responded that, while tragic, failing to prevent a fire was not a crime.

“This was a tragedy, four people died,” said PG&E CEO Patti Poppe in a statement on Friday. “And my coworkers are working so hard to prevent fires and the catastrophic losses that come with them. They have dedicated their careers to it, criminalizing their judgment is not right.”

“We accept that conclusion. But we did not commit a crime. I came to PG&E to make it right and make it safe.”

In the last few years, PG&E has gone through numerous lawsuits tying them to large wildfires, including last years landmark court settlement where PG&E pled guilty to 84 counts of manslaughter and paid $13.5 billion to victims of the 2018 Camp Fire, which had destroyed the entire town of Paradise in November 2018. The wildfire also led to PG&E’s bankruptcy, only restructuring themselves and exiting bankruptcy just last year. In addition, PG&E also has several active lawsuits, such as one involving the 2019 Kincade Fire, and may also be the target of several other lawsuits due to this years busy fire season.

“Deaths never look good in a lawsuit, and most wildfire lawsuits involving someone dying have not gone the utility companies way when they are challenged for fault,” former fire and arson investigator Oscar Chavez told the Globe on Friday. “PG&E has another uphill battle. It’s not as bad as the Camp Fire was, but 4 people still died. A firefighter is paralyzed for life. People lost homes. And all of that comes down to if they were supposed to clear a tree or not.”

“Everyone in the state is tired of these fires, and the ruling on this might reflect that. We’ll see soon enough,”

The suit is expected to be heard in court in the near future.