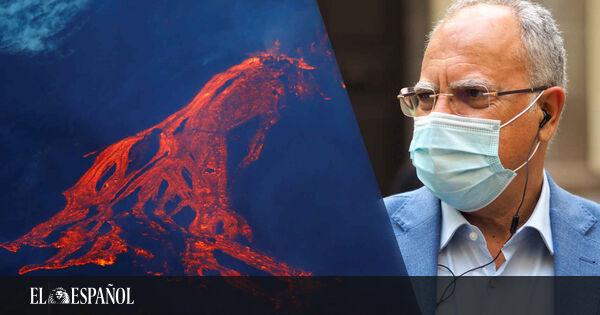 The Cumbre Vieja volcanic eruption on the Canary Island of La Palma has been erupting for 38 days with no end in sight. A politician from a nearby island has suggested bombarding the volcano with military jets to divert lava flows, according to Newsweek.

Casimiro Curbelo, president of the town council of the island of La Gomera, suggested a bombing campaign to prevent lava from destroying homes, infrastructure, and farm fields. He told the audience of Canary Island media outlet Radio Faycan, “Isn’t there a plane that flies and can drop… today the technology is very reliable… and boom! And send the lava in a different direction? Maybe it’s madness, but I get the impression from a technological point of view that it should be attempted.”

Curbelo, according to Canarias Now, said this is the only feasible option.

“Let’s place ourselves in a reality of a raft that loses water and we want it to flow suddenly. Well, we will have to act with a system that makes it fall a small explosive bomb and destroy a part and let everything come out at once,” he said.

The politician’s idea may seem crazy, but it has been tried before. In 1935, the US government bombed the Mauna Loa volcano in Hawaii to divert lava flow. Using bombs against volcanos was also seen on the Italian island of Sicily during the eruptions of Mount Etna.

While the Cumbre Vieja eruption entered its sixth week, the talk of using military aircraft to bomb lava flows and redirect them seems like a last-ditch effort as other attempts to manage the flows on the ground have been unsuccessful.