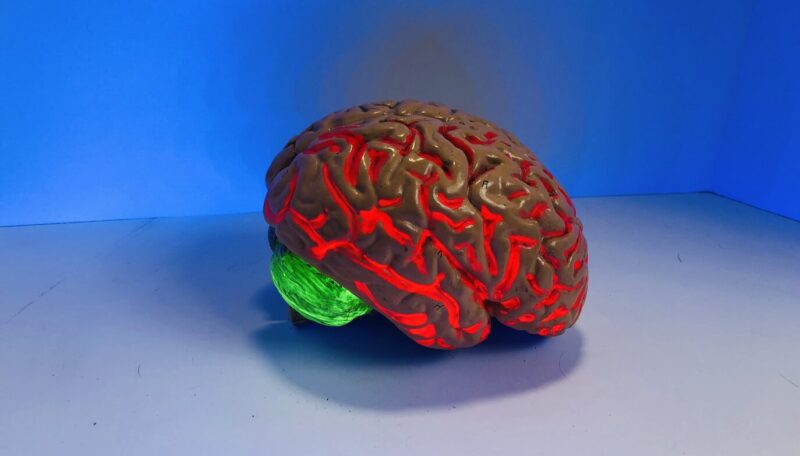 “Brainwashing,” wherein an individual is indoctrinated to behave in a certain way through psychological and pharmaceutical means has been thoroughly disproven. Theories regarding its practice percolated in the latter half of the 20th Century in both real-time application and fiction. Brainwashing is usually associated with clandestine government operations and cults but also has been utilized in certain “self-help groups” and banned therapies.

Known for its genial population, and willingness to explore less sanctioned medical experimentation, the CIA turned to Canada to conduct psychic driving experiments under the heading of the MKUltra Project. Not content to let their human subjects simply listen to a recording, the MKUltra Rroject would utilize electroshock therapy and hallucinogenic drugs to further their research.

The technique was rightly decried as “medical torture.” Psychic driving claimed a casualty with CIA operative William Francis Buckley. Monster doctor Aziz al-Abub from Beirut took a page from the CIA playbook and used it against Buckley found tortured to death in Lebanon in 1985. Taking pages from the CIA playbook, al-Abub used drugs and kept Buckley hooded and isolated to create his slow, miserable death.

The most famous example of brainwashing in literature in film – discounting 1962’s The Manchurian Candidate is Anthony Burgess’ novel and Stanley Kubrick’s 1971 film A Clockwork Orange. That story’s evil protagonist is an unrepentant teenage boy named Alex who rapes and pillages without discrimination in a dystopian Britain. Arrested for murder, Alex undergoes the Ludovico technique while in prison. Alex (whose eyes were held open by clamps), was forced to watch hours of violent footage on a movie screen while injected with psychotropic drugs. Alex is proclaimed cured and is released into the civilian population, where he is left unable to defend himself against the people he has previously wronged.

Burgess is said to have been both inspired by a trip to Russia where he observed youth gangs and the sexual assault of his wife, but uppermost in his mind was the theories as espoused by then-popular psychologist B. F. Skinner. In his book “Beyond Freedom and Dignity,” Skinner argued that mankind had to be forcibly trained away from violent impulses by any means necessary in order to preserve the human race. Burgess vehemently disagreed with that assessment and took pen to paper in response. (Skinner’s theories have likewise been discredited and he is little remembered today.)

In the film, the totalitarian government realizes the mistakes they have made as a public relations disaster and “deprogram” Alex. Our hero, free to explore antisocial behavior exclaims, “I was cured, all right!”

Today, some self–hypnosis practitioners make customer recordings for clients to lose weight and battle bad habits with repetitive phrases to play before bedtime. While the efficacy of these recordings remains debatable –they don’t include electroconvulsive shock therapy and LSD.