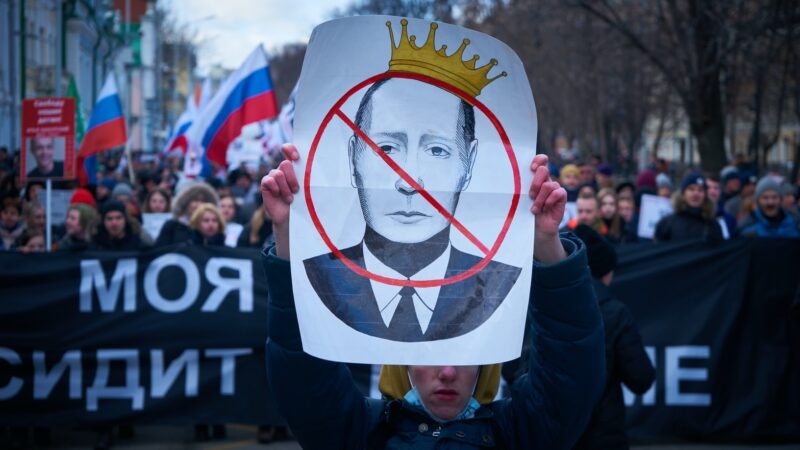 Shortly after Joe Biden took office, a distinguished political science professor (whom I won’t name) advised the new administration to engage with Russia in order to stop the Chinese threat. He said the US should “prevent China from dominating Asia” by bringing Russia into a “balancing coalition against China.”

This article was written by Mel Gurtov and originally published by Peace Voice.

No advice could have been more wrongheaded.

US policy should have been exactly the opposite: engage China in order to weaken Russia. I wonder what that political scientist is thinking now as he watches Russian troops and planes move into Ukraine proper, aiming to destroy Ukraine’s independence and turn it into a Soviet-era satellite, while folks in Beijing worry about what a war in Europe will mean for China’s rise.

My guess is that this political scientist will try to wriggle out of the matter by arguing – just as Vladimir Putin has argued – that if only the US and NATO hadn’t pushed close to Russia’s borders, we would face an entirely different, unthreatening situation.

He would have a point, in that after the Soviet collapse, US officials did take advantage of Russian weakness to establish a presence in the former Soviet satellites, including Ukraine and Poland.  But it’s a small point, and one that cannot possibly justify the reckless, illegal, and dangerous course Putin has embarked upon.

If he were serious about the threat from NATO, he could have taken several offramps to avoiding a full-scale war. After all, neither Ukraine nor any other state that borders Russia presents a threat to Russian security. It’s a smokescreen, another Big Lie, to cloak the real Russian objective of driving a wedge in the NATO alliance and remaking the European security map to reflect a Russian sphere of influence.

Putin has made clear in recent speeches that Ukraine, far being a security threat, is a colony in Russian eyes—a fictitious country that has always belonged to Mother Russia.

No appeals to reason, such as Pres. Zelensky has made, can move Putin. He is absolutely determined to bring Ukraine to its knees and make it another piece in the project of restoring Russia’s imperial greatness. Let’s not forget that Russian interventionism has already been responsible for territorial aggrandizement in Chechnya, Georgia, Moldova, and of course Ukraine in 2014.

Putin has a large appetite that is quite independent of what NATO does.

To me, Putin’s theatrical moves to full-scale warmaking in Ukraine—declaring that the two separatist enclaves in the east are “people’s republics” and that Russia’s troop deployments are in response to Ukrainian aggression—are reminiscent of Hitler’s seizure of Czechoslovakia’s Sudetenland in 1938 and his war on Poland the following year.

The script is eerily familiar—and must not end in appeasement as it did back then. Heavy sanctions on Russia will not deter Putin, but they will punish him for his crimes. He has succeeded in unifying democratic countries, not just NATO members, as never before—just as Hitler did.

Putin may be able to pacify Ukraine and impose a puppet regime, but it and Russia will be increasingly isolated, and the Russian people as well as Ukrainians will unfortunately feel great pain. But I do believe that Putin’s reach will exceed his grasp, and that he will fail.

In this crisis, US and European leaders must not forget that Russia still has a large nuclear weapon arsenal. As he said yesterday, “Russia remains one of the most powerful nuclear states” with “a certain advantage in several cutting edge weapons.”

Putin’s plans must be defeated, but he must not be cornered. That lesson came out of the Cuban Missile Crisis in 1962, when use of nuclear weapons was a distinct possibility, avoided because Pres. Kennedy gave Nikita Khrushchev a way out. In the current war, use of nuclear weapons could also arise from the inevitable spillover of the fighting into NATO territory, or from a misperception in the fog of war.

We are deep into an era of mutual assured destruction, so –to use an old saying—let’s be careful out there. But let’s not be bullied either.