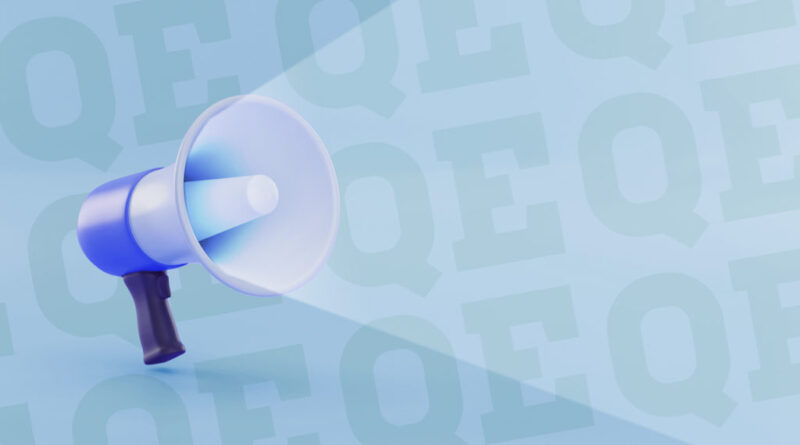 It appears quantitative easing has pretty much come to an end. At least for now.

Although the Fed was still expanding the balance sheet through mid-month, it only added a net $9B to the balance sheet during March. This was accomplished with moderate purchases of short- and long-term debt, while 5–10-year notes had a $20B runoff. MBS (light green) was surprisingly quiet with a net $2B runoff, but this disguises the typical volatility seen in MBS weekly purchases. As shown in the table below, the Balance Sheet now stands at $8.94T down from the record $8.96T set last week.

When looking at the weekly data, MBS activity is clearly more volatile. The activity in bonds is noticeably much lower. The Fed works on a 4-week cycle. Thus, to normalize the data a bit more, the table below shows weekly average purchases over 4, 24, 52, and 156 (3 years) weeks. The weekly averages are shown to gauge whether the current periods (1 and 4 weeks) are accelerating or decelerating.

When looking at the 4-week average it becomes clear that March finished so low primarily because it included 5 weeks of activity. The 4-week average is $8B in additions which comes out to about $36B added over the last 4 weeks. This is surprising given that the taper should have been completed by this point. Given the reaction in the bond market, it’s unlikely the Fed can go far from QE. As the Fed has worked to reduce its participation in the market, interest rates have increased and converged rapidly. This happened even with the tailwind of Ukraine/Russia flight to safety bid in bonds. The difference between the 2-year and 10-year is now at 4bps and slightly inverted intraday. Based on the trajectory shown below, an inversion is almost certainly imminent. Another look at the yield curve compares the current shape to the one a year ago. This shows how flat the curve has become with some parts even inverting (3-year and 10-year). The Fed monetized almost all the debt for 2020-2021. However, the Treasury is now issuing far less debt than it was during that time. This means the Fed can actually step back from the market and it shouldn’t create too much turmoil in the immediate future.

This could change quickly though if any of the situations below were to occur: With much smaller issuance, the Fed has managed to monetize 35.4% of Bonds and 13% of Notes issued YTD despite a winddown in QE. Who Will Fill the Gap?

Note: Data was last published as of January so does not include any data from post-Russia invasion The table below shows how debt holding has changed since 2015 across different borrowers. It’s quite incredible that since Jan 2020, international ownership has increased by less than $800B against an increase in total debt that exceeds $7T.

The final plot below takes a larger view of the balance sheet. It is clear to see how the usage of the balance sheet has changed since the Global Financial Crisis. The tapering from 2017-2019 can be seen in the slight dip before the massive surge due to Covid.

There is no way the Fed will come close to shrinking the balance sheet at this stage. Most forecasters are suggesting the Fed can get down to $6T before causing serious pain in financial markets. This seems laughable given how little it took in 2018 to send the markets into a tailspin.

At least one positive for the Fed is a stalemate in Congress against surging tax revenues. If this helps shore up the Federal Budget deficit, then maybe they can push into QT. Unfortunately, this might be a temporary relief for everyone before interest rates start rising, debt starts exploding, and the Fed is back to monetizing. The Fed is playing chicken with the market. They are talking tough and promising to bring inflation back down. Their “threat” is to increase rates to neutral or slightly above neutral while also engaging in quantitative tightening.

Unfortunately for the Fed, the market and economy are built on cheap, easy money. The Fed is going to learn quite quickly that when they step away from the market, there is little there to keep everything floating.

Many people have been calling for a day of reckoning for over a decade. They were not wrong, just early. However, what was clearly inevitable is now becoming imminent. The Fed has committed to fighting inflation, so when the economy rolls over the Fed will finally have to choose between saving the dollar or massive inflation. This is no longer years down the road, but 18-24 months. Potentially much sooner.