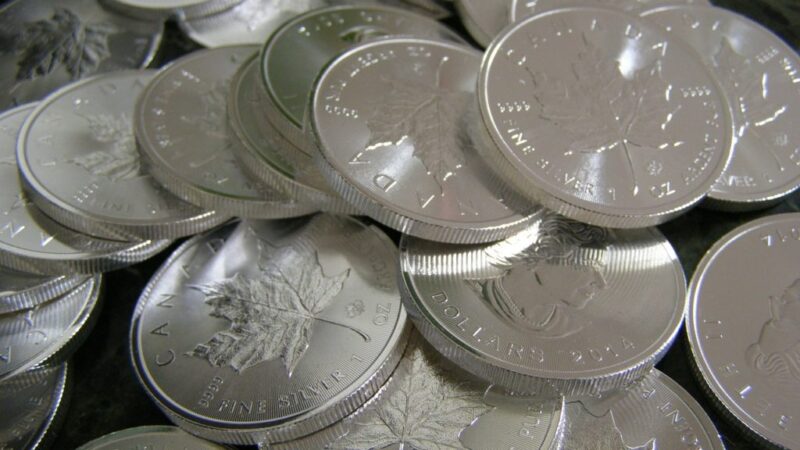 The recent death of Queen Elizabeth II is squeezing gold and silver bullion coin markets that were already strained by tight supplies.

This article was originally published by SchiffGold.

There was an immediate and dramatic surge in demand for gold and silver bullion coins bearing the queen’s effigy upon her passing. According to News.com.au in Australia, “Collectors are scrambling to get their hands on coins with Queen Elizabeth’s face as prices skyrocket after her death.”

The owner of a Melbourne coin shop called the demand for coins with the queen’s likeness “insane.”

“Collectors are frenzied, and post-market prices are soaring,” he said, adding that business increased five-fold in the days after the queen’s death.

On Sunday morning, there was a wait to access the British Royal Mint website. Visitors were greeted with a message apologizing for “a particularly high volume of traffic.”

While the Melbourne coin shop owner couldn’t put an exact figure on the future value of coins with the queen’s image, he told News.com.au that demand for the first and last issues under any particular monarch would be constant. “The 2022 official set of coins, for instance, was totally sold out on my site yesterday,” he said.

The spike in demand could spill over into the broader bullion market that is already dealing with tight supply, causing spot prices to rise.

The silver bullion market has been hit particularly hard by supply problems. In March, the US Mint suspended production of Morgan and Peace Silver Dollars for the rest of the year. According to a press release, the “calculated pause is directly related to the global pandemic’s impact upon the availability of silver blanks from the Mint’s suppliers.”

The Royal Mint, the Perth Mint in Australia, and the Royal Canadian Mint will begin phasing out the production of coins featuring the queen’s effigy and replace them with coins bearing the image of King Charles III. This includes the Canadian Maple Leaf, the British Brittania, and the Australian Kangaroo coins. The logistics of this transition have not been announced, although it doesn’t appear there will be any immediate stoppage in coin production.

In a statement on its website, the Royal Mint said, “As we respect this period of respectful mourning, we continue to strike coins as usual.”

The Royal Canadian Mint had a bit more detailed statement on the transition.

The Royal Canadian Mint wishes to remind consumers and businesses that the royal succession has no impact on coins currently in circulation. A change in Monarch does not require the replacement of circulation coins. Therefore, Canadian consumers and businesses can continue using all coins currently in circulation. We are working on a plan to issue a variety of coins commemorating Her Majesty Queen Elizabeth II’s lifetime of service as Queen of Canada. The Mint will also support the Government of Canada as it works to determine a new obverse (heads) design for future Canadian coins.”

Even if the production of coins continues as normal for the time being, it remains unclear whether the transition to new coins featuring King Charles III will result in any production delays or limit the availability of new coins. A supplier for SchiffGold wrote, “Nobody is exactly sure what that’s going to look like yet but it seems to be pushing markets up on all coins with the queen’s effigy.”