RAPPER AND SONGWRITER FELIPE LUCIANO COLLABS WITH RICK ROSS’ MAYBACH MUSIC GROUP AND NIPSEY HUSSLE’S ALL MONEY IN ON LATEST SINGLE, “ALL I EVER WANTED” 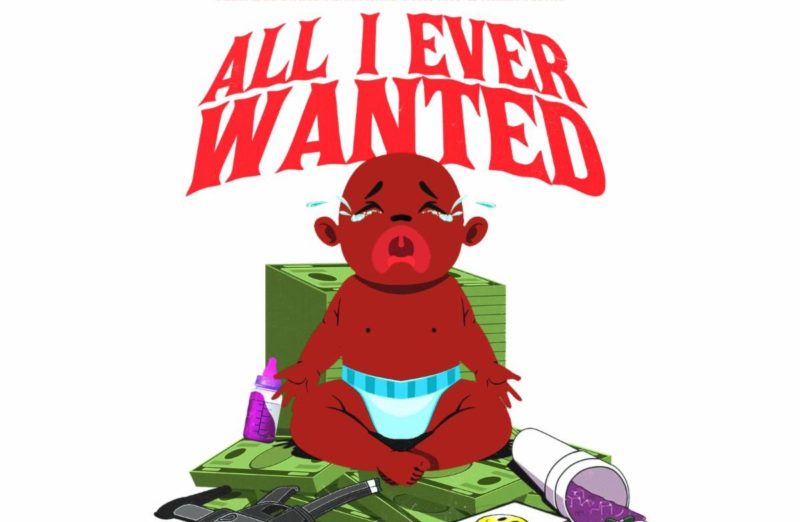 Los Angeles, CA – November 13, 2020 – From the streets of Los Angeles, comes a single whose hard-hitting message delivers a ‘shock and awe’ tactic to the hip-hop scene. Recording artist, rapper and culture shaker, Felipe Luciano, brings Maybach Music Group and All Money In together on his latest single, “All I Ever Wanted.” The single features the label’s artists, Gunplay and Killa Twan, respectively. The single is now available on Spotify, Apple Music, Tidal and SoundCloud.

With a razor-sharp beat and a bold cadence, Luciano delivers a compelling and unsparing recount of life growing up as a young boy of color in some of the biggest inner-cities. A wave of rage and resolution simmers just beneath the surface of his blasé bars, as Luciano breathes a crude testimony of the raw reality of at-risk youth – living a life selling drugs on the streets as the only option to achieve his version of the American dream.

“Dope and dope dealers is all we’ve ever seen, all we ever knew and all we ever wanted,” expresses Gunplay, “Until you the last man standing asking yourself, ‘was it worth it?’”

“All I Ever Wanted” offers an edgy composition of wobbling bass and theatrical piano notes that treads harsh reality and melancholy moods that are true to the peaks and valleys of inner city life.  The single delivers potent, in-your-face lyrics that make you re-examine your exposure to urban life and plunges you into a world of money, drugs, and the lust for the perception of life’s finer things.

“Growing up in the hood, from a child to an adult what the world has forced on us is this: drugs, violence and the belief that a kilogram would solve our problems,” comments Luciano. “We then grow to believe that there is no other way out. I’m just here to tell these youth that there is always another way out, and show the rest of the world the reality of what is happening.”

Hitting the world of hip-hop with a cosmic bang, the triple threat brought by Felipe Luciano, Gunplay and Killa Twan shifts the way gangster rap is viewed, calling into question what the world imposes on inner-city youth.

Hailing from Shelby, North Carolina and born Clifton Lamarre Gordon, the introspective and innovative hip hop artist now makes music under the name Felipe Luciano. At only six years old, Clifton’s grandmother taught him how to play the timeless, soulful piece, ‘Lean On Me’ on the piano, and his relationship with music began to blossom. He taught himself how to play the piano, and soon after, started to write his own music.

Clifton moved to Los Angeles at age eleven, where he and his family were homeless before moving to Watts.  There, he was thrusted into a world of gang violence that he had never been exposed to living in the South. Like many adolescents with no solid sense of direction or hope for his future, Clifton became a “Bloods” gang member. He began rapping at age eleven, as a creative form of expression and escape from his everyday reality. Thus, a young Felipe Luciano was born.  Today, Felipe Luciano makes music that he hopes will touch those that are growing up in a similar situation – navigating through pain and obstacles of gang violence while searching for a way out. He and his wife have also co-founded the non-profit organization, Helping Our People Excel (HOPE). With a special focus on inner-city youth who are susceptible to gang violence, the organization offers resources and programs that teach financial literacy, ownership, business development and more.