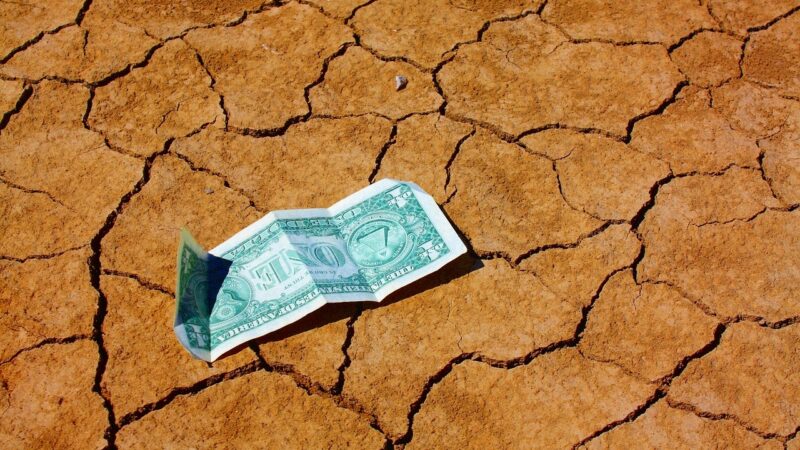 Inflation continues to eat up your paycheck.

For the 21st month in a row, average hourly earnings failed to keep up with rising prices.

On the surface, it appears workers made solid gains in December. Average hourly earnings were up by 4.8% year over year, according to the latest Bureau of Labor Statistics data. But when you factor in the 6.5% CPI, your real wages dropped by 1.7%.

And on a weekly basis, average earnings fell by 3.1%, factoring in a 1.4% drop in the number of hours worked.

Simply put, you’re earning more, but you can afford to buy less. Keep in mind, the price increases are worse than the government data reveals. The government uses a cooked CPI formula that understates the actual rise in prices. Based on the formula used in the 1970s, CPI is closer to double the official numbers. That means your real wages have fallen somewhere in the neighborhood of 4% in the real world where you actually live.

If you want a silver lining, month-on-month, real wages did increase slightly in December. Average hourly earnings were up 0.3% and CPI dipped by -0.1%, yielding a 0.4% real wage gain.

The bad news is when you factor in a 0.3% decline in the average work week, your weekly wage gain drops to a paltry 0.1% month on month.

And more bad news — if you don’t drive much, you’re not benefitting significantly from the cooling CPI. Falling energy prices papered over the fact that prices continue to rise in virtually every other category.

Many pundits in the mainstream blow off inflation by pointing out that wages rise along with prices. But as this data shows, wages rarely rise at the same pace as prices. That means inflation puts a significant squeeze on the pocketbook, at least in the short term.

But despite nearly two years of declining real wages, pundits keep telling us that American consumers are “healthy.” After all, they continue to spend. How is this possible?

Americans are burning up their plastic in order to make ends meet in these inflationary times. Revolving credit, primarily reflecting credit card debt, rose by another $16.4 billion in November. To put the 16.9% increase into perspective, the annual increase in 2019, prior to the pandemic, was 3.6%. It’s pretty clear that with stimulus money long gone, Americans have turned to plastic in order to make ends meet as prices continue to skyrocket.

In a recent podcast, Peter Schiff pointed out that this reliance on credit cards only increases inflationary pressure.

Consumers are dealing with rising prices not so much by cutting back and buying less, although in some circumstances they are. But they’re also taking advantage of credit so that they can just keep buying the same amount and just making up the difference by borrowing money. So, the Federal Reserve is still keeping interest rates too low and allowing credit to grow too plentifully so that additional credit is available to consumers to continue to bid up higher prices. And so they’re not being priced out of the markets because they’re staying in the market because of their access to credit. So, in other words, the inflation is continuing in the credit markets.”

That means real wages will likely continue to shrink in the months ahead.