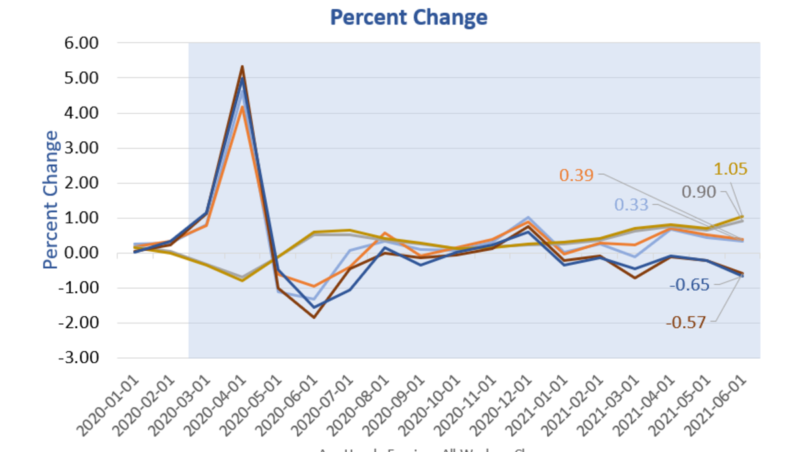 Happy with your wage increases? You shouldn’t be.

With the above backdrop, please consider the BLS report on Real Wages for June 2021.

My calculations differ very slightly from BLS calculations. Fred, the St. Louis Fed repository does not have a direct data feed for the BLS result so I downloaded wage and CPI data to do the require calculations.

Ignoring a 0.03% rise in October 2020 (The BLS has October at 0), real wages for production workers have only risen 3 months out of the last 14 month. This matches  the BLS report +- 0.1 percentage point rounded.

For all workers on average, real wages have only risen twice in the last 14 months, again matching the BLS report.

These calculations presume you believe the CPI. It’s safe to say, most don’t.

For comments on the CPI, please see Core CPI Jumps the Most Since 1991 Yet Little Bond Market Reaction

Coming up soon, I offer a revised CPI that accurately takes housing into consideration.