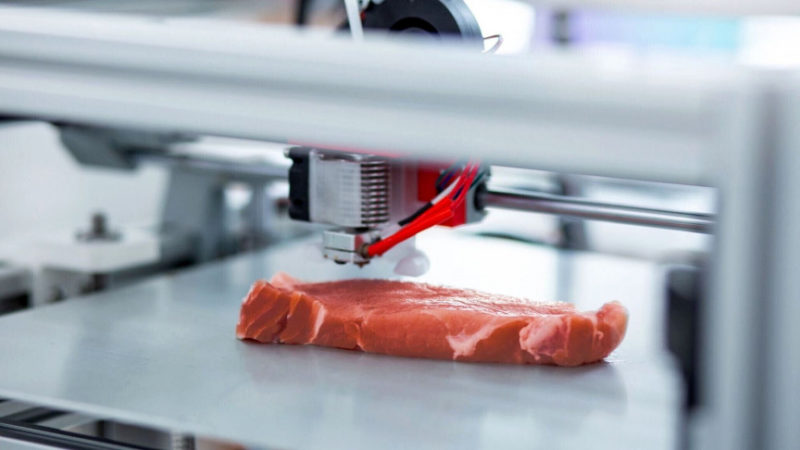 The ‘carbon neutrality’ of 3D printing food, especially meat, is a fast-moving trend in the culinary world that may be coming to a restaurant near you. The entire process of printing food is pitched as a “sustainable” alternative to commercial farming – which involves significant amounts of land, water, feed, and fossil fuels to operate anything from generators to farm equipment to transport trucks. Then, of course, the slaughterhouse, packaging, and then transport the finished product to supermarkets and restaurant suppliers.

Within the next five years, the cost to print 3D meat may have come down to the point at which supermarkets may start carrying lab-grown offerings. Readers may recall we’ve already mentioned 3D printed ribeyes, chicken breasts, and chicken nuggets, among others.

Now, Japanese scientists from Osaka University have managed to 3D print wagyu beef, according to a press release.

Wagyu is some of the most sought-after and expensive meat globally, known for its marble texture and richness in flavors.

“Individual fibers including muscle, fat, or blood vessels were fabricated from these cells using bioprinting. The fibers were then arranged in 3D, following the histological structure, to reproduce the structure of the real Wagyu meat, which was finally sliced perpendicularly, in a similar way to the traditional Japanese candy Kintaro-ame. This process made the reconstruction of the complex meat tissue structure possible in a customizable manner.”

Scientists didn’t mention if they partnered with a food producer that could scale the technology to a commercial size or if fake wagyu meat would be less expensive than real wagyu meat.

So, while the global elites may hope that the 3D printing revolution will eventually eliminate commercial farming and livestock farming ‘as a path to a more sustainable green future’…

… if you don’t want to eat lab-grown meat – now is the time to buy some farmland (in a non-drought area) and start raising your own beef cattle. Or locally source beef from mom and pop farms in the countryside.