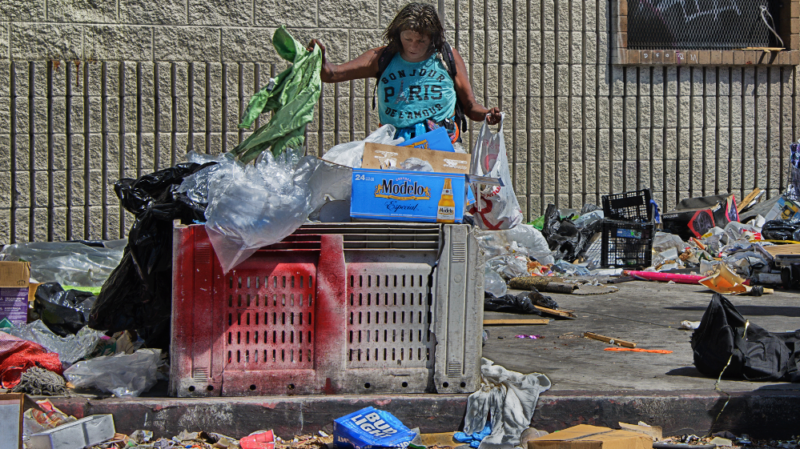 Judges on the U.S. 9th Circuit Court of Appeals halted an order to offer housing or shelter in the Skid Row district of Los Angeles on Thursday, seeking more information about the case to make an appropriate ruling.

In April, U.S. District Judge David O. Carter ordered the city and county of Los Angeles to offer housing or shelter to the entire homeless population in the Skid Row neighborhood by October 2021. The order, which is estimated to cover around 2,500-3,000 people, would have begun issuing deadlines for certain demographics to be housed in the area as early as July. He personally noted that Los Angeles’ focus on permanent shelter over temporary shelter seemed to be harming more people, as evidenced by Skid Row.

“Today near Skid Row are thriving neighborhoods — namely the Arts District and Little Tokyo District. As these districts edge closer to the boundaries of containment, police presence within Skid Row grows stronger,” said Judge Carter in his injunction last month. “For all the governmental declarations of success that we are fed, citizens themselves see the heartbreaking misery of the homeless and the degradation of their city and county. Los Angeles has lost its parks, beaches, schools, sidewalks, and highway systems due to the inaction of city and county officials who have left our homeless citizens with no other place to turn.”

However, the ruling which Judge Carter instituted in a 110 page page injunction, following years of pressure by many homeless advocate groups, was challenged less than 24 hours later by Los Angeles County. In their appeal to the Appellate court, LA County argued that decisions over how to spend taxpayer money and how to deliver taxpayer-funded services to homeless people is not a judicial function, but rather one that should be decided on by the county or city.

A panel of judges finally heard the case this month, leading to Thursday’s decision to halt the deadlines.

“We find that a brief administrative stay is warranted to preserve the status quo until the district court’s May 27, 2021, evidentiary hearing as these further proceedings may impact whether a stay pending appeal is necessary or justified,” noted Appellate Court Judges Margaret McKeown, Marsha Berzon, and Danielle Hunsaker on Thursday.

While the deadlines were not outright suspended by the Appellate Court on Thursday as the County had wanted, the temporary halt means that the County will not have to take any action on Judge Carter’s injunction while it is still up.

“This is just a small victory for Los Angeles against the injunction,” explained Sandy Whelton, a lawyer who offers pro bono work to many homeless clients, in an interview with the Globe on Friday. “This is just a temporary stoppage. It doesn’t get rid of the Judge’s ruling, nor does it say it should stay. The Appellate judges just need more time. If anything, I’d say this bodes well for the city, because it means that this is not a clear cut decision like Judge Carter made it out to be. So that’s that.”

The Appellate Court is likely to continue the case later this month following the the District Court’s May 27th evidentiary hearing.