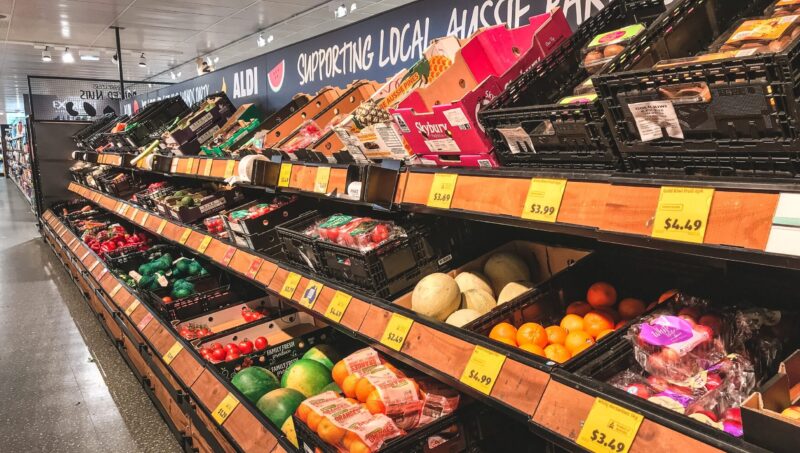 UFCW members to vote on new contract next week.

A grocery store strike that would have affected 540 stores and 47,000 workers in Southern California was averted Monday night after a tentative agreement between four grocery stores and the United Food and Commercial Workers (UFCW) was reached.

This article was originally written by Evan Symon and originally published by California Globe.

While final details of the new three-year contract were not released on Monday due to UFCW members still needing to agree to it, both sides noted that wages are set to go up in the new agreement, as well as increased benefits.

A possible strike had been a threat since late January for several chains including Kroger-owned Ralphs and Albertsons, which also owns Vons and Pavilions. With a three-year contract ending March 6th, the UFCW asked for several things related to the rising cost of living in Southern California and post-COVID health concerns. Workers demanded more health and safety commitments in stores, along with raises as high as $5 per hour for longtime workers. The union also demanded an increased number of minimum hours for part-time employees.

While the grocery stores did agree to some terms, such as keeping healthcare, they did not see eye to eye on several points. Most notably, the stores only wanted to go as high as 60 cent raises, which had then gone as high as $1.80 during negotiations in March. With neither side moving in late March, the UFCW took a vote to strike if needed, to help give the union a little more leverage in negotiations and to possible prepare for the worst possible outcome. On March 28th, the votes were tallied, with workers in favor of striking if needed. In response, the grocery stores began putting out advertisements for replacement workers and began working with truck drivers to bypass likely sympathy action by the Teamsters union.

Negotiations between the UFCW and the grocery stories proceeded to go on a roller coaster ride in the last week as a strike grew more and more imminent. Both sides shot back statements at each other over the weekend as negotiations started to stall again, with the UFCW saying that the stores were not moving far from their offers while the stores shot back that not paying union dues would bring wages for workers up significantly.

However, beginning Sunday, both sides locked in to a bargaining session that last for 30 hours, with many representatives sleeping in chairs as negotiations continued. Finally, on Monday night, a deal was brokered. Both sides immediately declared victory following the deal announcement.

A tentative deal in place

“This is a great agreement that will help turn grocery store jobs around and make tangible improvements in our lives,” said Ralphs employee and UFCW bargaining committeewoman Rachel Fournier in a statement on Monday.

Ralphs VP of Operations Robert Branton also said in a statement that “We are pleased that this agreement allows us to put more money in our associates’ paychecks and secures healthcare and pension plans.”

Employees and customers had a mixed reaction to the agreement on Tuesday. While many noted that they were happy with a better wage going to employees after the COVID-19 pandemic proved how vital they were to the supply chain to consumers and for being essential workers, others worried that higher wages could lead to some higher prices and stores slightly reducing the number of employees.

“We have been wanting a better deal for awhile now,” explained two anonymous Ralphs and Pavilions employees to the Globe on Tuesday. “We saw what had happened out in New York with Amazon workers beginning to form unions and how big a strike could actually be. And we are facing higher costs, rent is going up, and gas too. We’re also now more valuable workers. The pandemic showed that we were essential, but we saw no real pay raises or anything to show that.”

“So, whatever raise this will be, it’s not because of greed or anything, at least not in our eyes. It’s to get the money we deserve for helping keep society function even in times of unprecedented crisis.”

However, another worker at a SoCal grocery store, James, told the Globe that “Many are a little worried at whatever this deal is. We are happy with more money and maybe getting more hours for those who had to go part-time, but what is the cost of that happening? Will it mean less workers overall as a result? More people moved out of full time positions? We haven’t been getting any satisfactory answers there, at least not in local leadership, and it’s a concern. A real concern.”

“You can’t be fired for wanting a union or negotiating, but after strikes, isn’t it always odd how management seems to crack down and suddenly find that some prominent union workers have been slipping in quality or need to be reviewed for their performance all the sudden?”

If the tentative contract is agreed to by the UFCW members, grocery stores and their workers will continue their streak of not having a strike in SoCal since the 2003-2004 SoCal grocery store strike. UFCW members are expected to vote on the new contract next week.