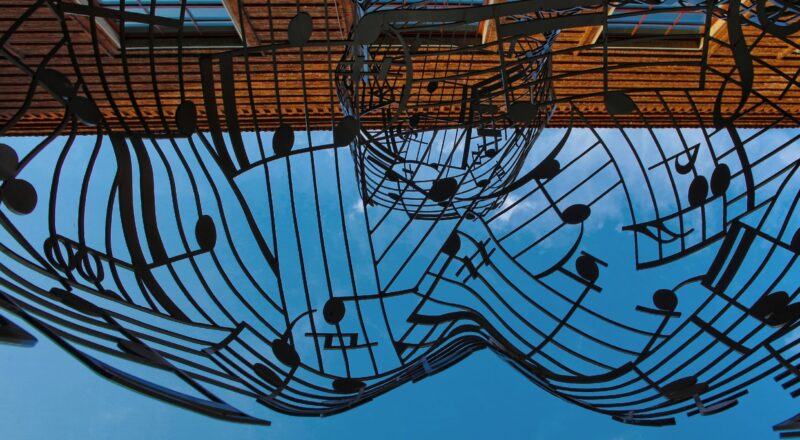 A common language every human on planet earth can relate to, in one way or another, is music. Humans are undoubtedly influenced by music in all its varying forms—even subconsciously. Whether one is pleased or diseased by a particular song, lyric, or tone, these sounds are absorbed by the senses and resolve into a conscious or subconscious download, per se. Different music frequencies elicit various responses to beautiful things, like healing mental, emotional, and physical occurrences. However, music is so powerful that humans can also use it for harm— think CIA torture techniques.

Music is powerful in more ways than one, but perhaps this is because of powers that humans can harness. Because music is energy, it emits frequencies of all sorts of wavelengths and patterns. “Music is a form of sound energy. Sound energy is the movement of energy through a substance in waves…Vibrations are what cause sound energy.” (“Sound Energy“). Because humans are essentially big energy balls, we absorb and react to these energetic emissions when in relative presence. The Yogatique explains: “Research has uncovered that even in ancient times, Greek physicians used flutes to heal sick patients and vibration to aid in digestion and induce sleep.” These are examples of calculated sound therapy, although humans are affected by all sorts of sounds we are exposed to daily, whether we are consciously aware or not. Some frequencies aren’t even audible to the human ear, yet, the body still absorbs and processes them subconsciously.

Scientists and doctors worldwide are using new and primitive techniques to practice and fine-tune these modes of sonic healing. For example, one study from  Neuroscience Letters 185 (1995) 44-47 states: “Thirty-six undergraduates listened to 10 minutes of Mozart’s Sonata for Two Pianos, K. 448, and scored 8 to 9 points higher on the spatial IQ subtest of the Stanford- Binet Intelligence Scale than after they listened to taped relaxation instructions or silence.” Another study mentioned in this same journal evaluates physical changes effected by sound: “it is evident that frequencies of sound also affect nociception in patients who have cancer and even high degree burns, as well as for those who are undergoing surgeries.”

This proves that energy affects energy and that music and other frequencies, even inaudible to the human ear, can shift several aspects of our lives. Healing modalities, such as over-the-counter drugs, prescribed medicine, and chemotherapy, are not always the answer. Each person differs when regarding effective treatment methods and treatment needs. Considering the study of frequencies of sound and vibration is being further explored, the future of healing and medicine is changing, quite literally, before our eyes.