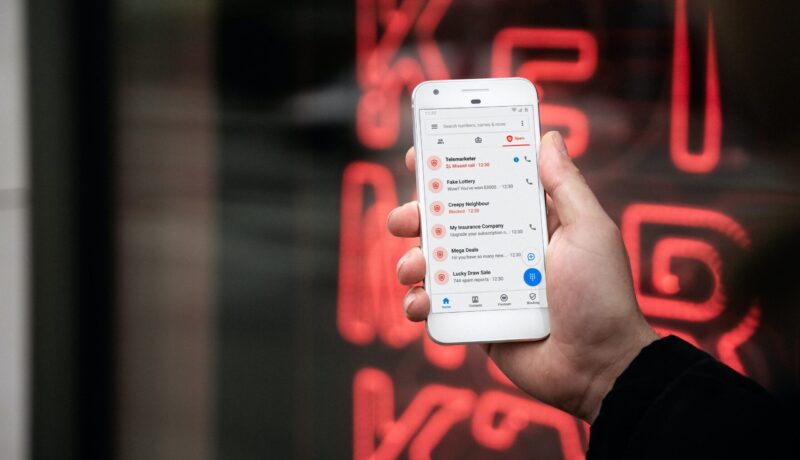 Spam calls are a different breed of annoying. Remember the days when we could use our cell phones for games, stalking exes, entertainment, and even learning? Me either. Many of us cannot so much as use our navigation systems without going on a spam call-induced detour. Nowadays we are plagued with the ongoing hysteria of wondering, “Does someone actually want to talk to me?” No, these random numbers are not old lovers calling because they want you back. Something that was never an issue decades ago is now raging full throttle for cellphones users everywhere. But why?

Growing up many of us are taught not to talk to strangers. So, when was the last time anyone answered a phone call from an unknown number? These unsolicited calls seem entirely pointless, and they mostly are, but apparently, there is a reason for their infamous conception. According to donotpay.com, “Their goal is to sell some goods that might be unsolicited, but still genuine.” Although, Verizon expands on other possible reasons for these calls: “spam is directed to large numbers of users for the purposes of advertising, phishing, spreading malware, and so on.”

A call every now and again wouldn’t be so bad, although T-Mobile’s Scam and Robocall Report found a 116% increase in scam attempts throughout 2021. “That’s roughly the equivalent of 700 spam calls every second.” This increased nuisance is twofold. For one, acquiring data, such as phone numbers, is incredibly easy. Secondly, spam calls can be a bit lucrative. Telemarketers often pay for data through third-party providers. According to the Better Business Bureau, these are a few ways telemarketers acquire your data. “You’re a registered voter. You bought anything, or entered any contest, and gave your phone number in the process. Your phone number is on your checks.” Insider highlights: “it’s incredibly profitable to use spam calls to drive business whether the caller is a scammer trying to bilk money out of marks or an actual business using telemarketing to increase sales.” Essentially, anyone with a working phone number is at risk—no one is safe.

Is there any real threat, though? It depends. According to spaceshop.com, a professional hacker may be able to find your location: “But in order for that to happen, the call must be for a significant duration—even then, the person will just know the nearest tower through which your cell phone signal is bouncing from”. Although, if someone gives personal information to a robot or “telemarketer” on the other line, that’s another story. At that point, anything provided can be used for fraudulent activities of various kinds. So much as just saying “yes” during one of these calls can give scammers enough information to commit some type of fraud using your voice.

If it seems scary, it is. Society will have to learn a new version of an old adage: don’t talk to strangers—unless you want them to convince you to buy pointless products and business services and provide information for fraudulent, criminal activities—in which case, full speed ahead!