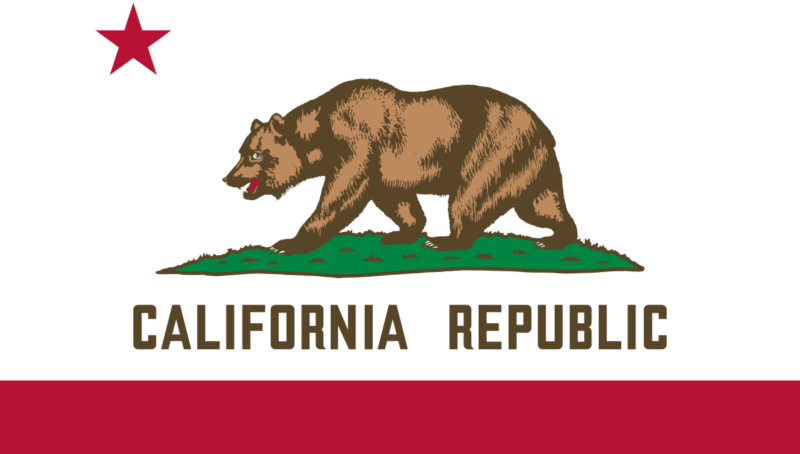 Group of 18 tribes spent $11 million to get 1.4 million signatures for the proposed amendment on the ballot.

A proposed constitutional amendment that would allow sport betting at tribal casinos and horse-racing track, as well as craps and roulette at tribal casinos, garnered enough signatures on Thursday to get on the 2022 ballot.

The office of the Secretary of State confirmed that 1.4 million signatures, all collected by Native American tribes who wrote the amendment, had been verified.

According to the proposed amendment, sports betting would only be allowed to be made in person at tribal casinos and at California-licensed racetracks. All betting would be limited to those 21 and up and to professional, non-California collegiate, or amateur sporting events. Any college game in which a California team plays would not be open to betting, as well as to all high school events.

A 10% tax on all gross sports betting revenues would automatically go to state mental health programs, public safety, education, and regulatory expenditures. All sports betting at tribal casinos would see an additional cut to pay for regulatory costs and other programs, with the exact amount to be negotiated on between the California tribes and the Governor should the new proposition pass.

Additional casino games would also be legalized for tribal casinos should the new amendment pass, including roulette and craps.

Tribal casinos have been attempting to expand into sports betting since 2008, with a more concerted effort launched in 2018 following the U.S. Supreme Court’s passage of Murphy v. National Collegiate Athletic Association, a landmark case that ended the federal ban on sports betting. Ever since the Murphy decision, 26 states have passed legalized sports betting initiatives. Californian lawmakers have repeatedly authored legalization only for the efforts to fizzle out. Last years’ most prominent attempt, SCA 6, failed to reach a Senate vote despite being initially passed in several Senate Committees.

Native American tribes have been the primary supporters of the proposed constitutional amendment, noting that California is a large market for sports betting that is being served by neighboring states and that legalization can bring in millions of tax revenue. They also noted that the amendment would also create safeguards and age limits early to ease in the new forms of betting.

“This is an important step toward giving Californians the opportunity to participate in sports wagering while also establishing safeguards and protections against underage gambling,” explained tribal chairman of the Pechanga Band of Luiseno Indians Mark Macarro on Thursday.

Nationwide, the expansion of sports betting has brought in an estimated of $54 billion in bets, resulting in $3.2 billion of revenue for casinos and other betting locations such as racetracks. $534 million in taxes and revenue sharing has also been generated for state and local governments. Pennsylvania and New Jersey, both of whom had passed sports betting laws in the last 3 years, reported $134 million and $132 million in taxes and fees being collected respectively.

In California, the total could reach the tens of millions according to an analysis by the state Legislative Analyst’s Office (LAO).

“The magnitude of the increase in state revenues is uncertain, but could reach the tens of millions of dollars annually,” noted the LAO.

An effort to legalize sports betting in California

However, the California Gaming Association, as well as numerous card clubs who were not included in the amendment, have vowed to fight hard against the upcoming proposition. They argue that the tribal casinos are just using the amendment to further grow their tax-free gaming control on California.

“This initiative does nothing to advance sports wagering, and instead expands the tribal casinos’ tax-free monopoly on gaming and rewards those operators for prioritizing their own wealth over public health and safety,” said Kyle Kirkland, president of the California Gaming Association, on Thursday.

Both sides have raised and spent substantial funds over the amendment so far, with much more expected to be thrown into the effort both for and against the amendment in the lead up to the 2022 election.

Those opposing the amendment, known as “No on the Gambling Power Grab”, have raised over $1 million in the last year. The 18 tribes in favor of the amendments passage, known as the “Coalition to Authorize Regulated Sports Wagering” is expected to also bring in a large amount of money, with the group already spending $11 million just to raise the required number of signatures in the last year alone.

“California is the largest state that hasn’t approved sports betting,” Ryan Quick, a legal advisor in Nevada who tracks sports betting expansions into other states, explained to the Globe. “So naturally the Native American tribes want it. A lot of Californians go out to Reno or Las Vegas to make these bets, and they stand to make tens of millions by keeping them within the state. Whenever there is a gaming, casino, or lottery law or bill or whatever up, you know the primary factor is money. Always. It’s not for the good of the people or for education or for any other civic function or charity or something like that. It’s purely about getting more money under the guise that some of it will go to good causes.”

The as-of-yet unnumbered proposition will be on the November 2022 ballot in California.