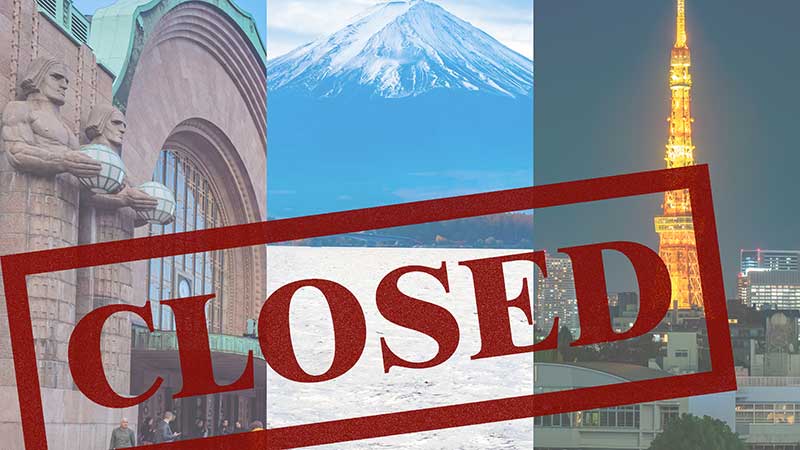 Many who had plans to visit family in another part of the country may not have been able to do so, whether it was due to travel restrictions, sheer inconvenience, or the risk of exposing loved ones to the virus. Some spent their summer at home, taking up DIY projects, picking up new hobbies such as gardening, taking online classes, learning a new language, or partaking in some other form of self-gratifying activity. Others went stir crazy. Then some traveled, despite all the inhibitions.

Because of COVID-19, some of the most visited sites and attractions across the globe were closed. That was also the case here in America. Museums closed. Zoos closed. Theme parks closed. Shops, restaurants, and bars closed. Music festivals canceled. Concerts canceled. Casinos closed. Attractions such as Seattle’s Space Needle in Seattle LA’s Griffith Observatory, and the Philadelphia’s Liberty Bell all closed. Cities such as New Orleans, Houston, Tampa, Miami, Chicago, and New York, known for their bustling streets and nightlife scene, all closed. So where did those who traveled, travel to? Nature.

While national parks, and most state and local parks were closed at some point during the lockdown, easing restrictions allowed most of them to open up before other large-crowd places. If you have been an indoor cat during the pandemic and are itching to get out and about, and do it in a relatively safe way (operative word being ‘relatively’), here are some hot spots you can visit before summer of COVID is over.

Zion and Bryce Canyon National Parks, Utah
Known for its majestic, giant table-top rock formations, and show-stopping riverside hikes, Zion National Park boasts some of the most stunning and unique excursions in North America. It is not surprising to learn that upon reopening, Zion became packed with visitors, hikers, campers, and backpackers alike. As of early August, the park still limited the number of vehicles that can enter the park. But with some schools opening across the country, you will likely get to see most, if not all, that Zion has to offer. If you feel adventurous enough, a scenic two-and-a-half-hour drive north-east of Zion is another sprawling wonder, the Bryce Canyon National Park. This oft-ignored beauty is home to spectacular crimson-colored hoodoos, which are giant spiral-shaped rocks, carved by thousands of years of wind and elements. If you are apprehensive about flying, do not worry. Zion is a mere six-and-a-half-hour drive from Los Angeles, the amount of time it takes to drive to San Francisco.

Olympic National Park
Nestled in the northern most corner of the Pacific Northwest, just west of Seattle, Olympic National Park is home to one of the most diverse ecosystems in the U.S. During the summer months, avid climbers, hikers, campers, and backpackers flock to the park to take advantage of the stunning peak points of Olympic Mountains, the sprawling growth forest, as well as one of the last remaining, and best preserved rain forests in the world. The Hoh Rain Forest is a breathtaking two-hour drive, some along the U.S./Canada coastal border, from Port Angeles, WA. You have to be a bit more adventurous if you want to drive up here from Southern California, but if you have become stir crazy from staying at home the last five months, the drive may be worth it.

Yosemite and Grand Teton National Parks
These parks, which under normal circumstances, bring in some four-million visitors annually, need no introduction. Yellowstone is the vast, wild, and wondrous heartbeat of American National Parks. While mostly known for its enormous spouting geysers like Old Faithful, and numerous hot springs, Yellowstone is home to some of the most diverse wildlife congregations in the U.S. Visitors can regularly view elk, deer, bison, and even bears in their natural habitats. If you are lucky, you may spot a wolf, or two, during the cooler late summer. It is also a haven for backcountry hiking, backpacking, and camping.

Grand Teton lives up to its name. Its grandeur, along with its imposing summits carved out by glaciers, has captivated the eyes of visitors since early settlers. Attractions include rafting along the Snake River, the 42-Mile Scenic Loop Drive, hiking, fishing, camping on the cheap, wildlife viewing, and horseback riding.

While visiting these parks requires a time commitment and physical activity, it may just be what you need after spending the last five months at home.