Superbug Fears As Supermarket Pig Farms Escalate Use Of Antibiotics 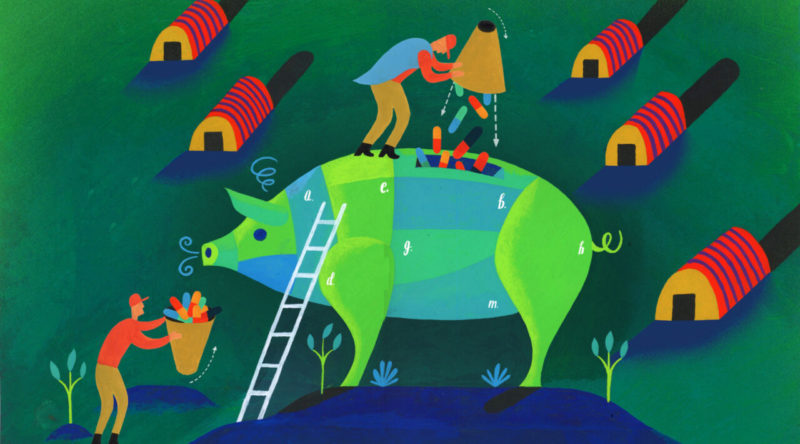 The use of certain antibiotics deemed critical to human health has surged on British pig farms supplying major supermarkets, prompting fresh concerns about the rise of antibiotic-resistant superbugs.

This article was written by Andrew Wasley and Susannah Savage, and published by The Bureau Of Investigative Journalism.com.

Previously unpublished industry data seen by the Bureau of Investigative Journalism, Vet Record and the Guardian shows the use of a class of antibiotics prescribed for various infections in humans more than doubled on UK pig farms between 2015 and 2019, with experts warning of a potential further rise because of impending changes to the sector.

The Bureau’s investigation has established the drugs are in use on pig farms supplying pork to Tesco and Waitrose.

The increase in usage of this class of drugs, known as aminoglycosides, came even as livestock farmers in the UK cut back on the overall use of antibiotics following stark warnings that the drug resistance crisis could lead to the deaths of millions of people around the world by 2050.

Antimicrobial resistance was seen as a priority under David Cameron’s government but has received less attention from Downing Street in recent years.

Jim O’Neill, who chaired the UK government’s review into superbugs, said the Covid-19 pandemic has underlined the need to put the issue of drug-resistant bacteria back on the global political agenda. He said: “There needs to be much stronger international agreement, and discipline following those agreements, that we will dramatically reduce the use of antibiotics in animals – especially those that are critical for human health.”

Tesco and Waitrose acknowledged they allow the use of the drugs by pork suppliers but insisted they are used responsibly.

Antibiotics are widely used in livestock production to treat and prevent disease, particularly on factory farms where pigs and poultry are often reared in overcrowded conditions in which bacteria can flourish. These farms can act as incubators for potentially fatal drug-resistant diseases in humans. 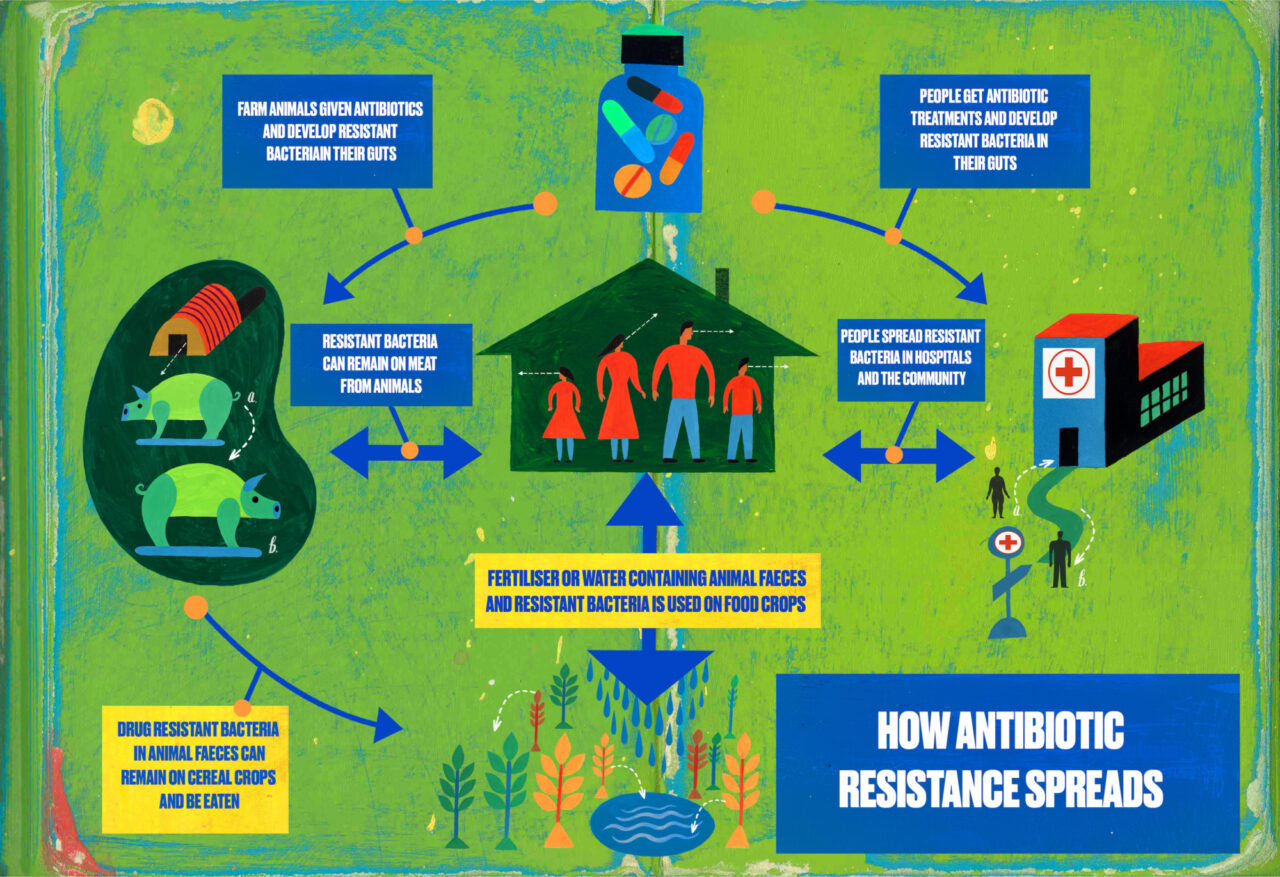 Aminoglycosides are a class of drugs that includes gentamicin, a medicine used in humans to treat for meningitis and infections of the blood and abdomen. They are deemed “critically important” to human health by the World Health Organization (WHO). Despite this, they are used on pig farms to combat scour, an intestinal disease in young piglets, and other illnesses.

Data compiled by the Agriculture and Horticulture Development Board, an industry body, and released under Freedom of Information laws, shows the use of aminoglycosides jumped from 2.6mg per kilogram of body weight in 2015 to 5.9mg in 2019.

Cóilín Nunan, the scientific adviser at the pressure group Alliance to Save our Antibiotics, said: “Reductions in antibiotic use can be achieved if pigs are kept less intensively and husbandry is improved.”

He added that farms should not be permitted to take piglets away from the sow at an early age – a “stressful” practice associated with large increases in antibiotic use.

According to industry experts, the recent jump in the use of aminoglycosides is likely due to the phasing out of other antibiotics such as colistin – a measure specifically designed to tackle antimicrobial resistance – and changes on farms in preparation for an EU ban on the use of zinc oxide, also commonly used to control scour.

Grace Webster, a vet from the Pig Health and Welfare Council, which brings together the industry and government, said the sector had made progress by reducing overall usage, but added: “We do have great concern about losing zinc oxide because there’s a chance it will increase our antibiotics use.” 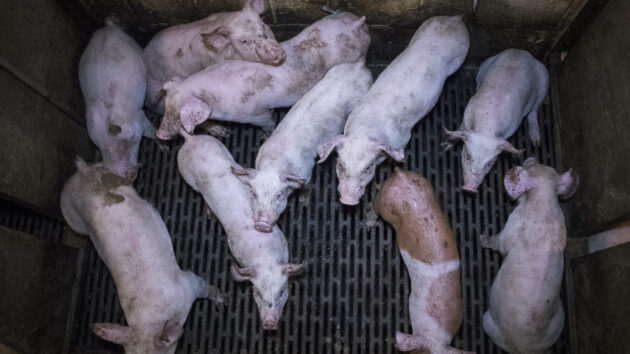 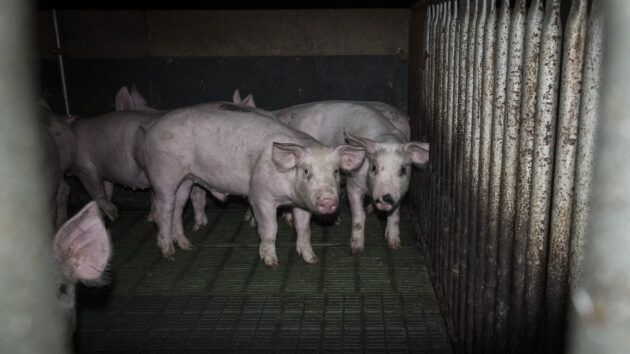 Adding to concerns about overuse of drugs, Tesco, the UK’s biggest food retailer, has disclosed a 51% year-on-year jump in overall antibiotic use on farms supplying its pork. Antibiotic use within its UK and Denmark pig supply chains increased from 60.5mg per kilo to 91mg per kilo in the financial year ending March 2020.

The retailer blamed disease outbreaks and the expected phase-out of zinc oxide on the overall increase, but said its pig farms had continued to reduce usage of the “highest priority” antibiotics, with “negligible use overall and individual suppliers reporting zero use”.

A class of antibiotics deemed “critically important” to human health by the World Health Organization. These drugs include gentamicin, a medicine used to treat bacterial infections such as pneumonia in hospital patients, meningitis and septicaemia.

In 2018, the European Medicines Agency warned that “the use of [aminoglycosides] in human and veterinary medicine is associated with the increased prevalence of resistance”, citing examples of drug-resistant E coli, salmonella and livestock variants of MRSA.

There is evidence that the use in farming of at least one of these drugs, apramycin, can cause bacteria to acquire resistance to gentamicin. Testing of UK supermarket meat has previously found pork contaminated with gentamicin-resistant E coli, highlighting the risk posed to humans.

In addition, records seen by the Bureau show instances of mass medication involving the dosing of thousands of pigs with other antibiotics on farms supplying UK supermarkets.

On one farm, pigs were regularly dosed with drugs – on average, once a day for four months. On another, more than 2,000 animals were given medicated water containing antibiotics three times in a month-long period. 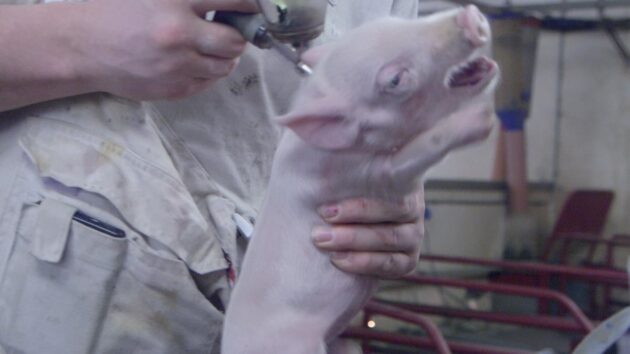 A piglet being treated with antibiotics – Ecostorm

A Tesco spokesperson told the Bureau: “We are committed to the responsible use of antibiotics in our supply chain. Alongside the government and the wider retail industry, we adhere to the European Medicines Agency’s guidelines to determine when and how antibiotics should be used.”

In a statement, Waitrose & Partners said the use of aminoglycosides within its supply chain is restricted for the treatment of sick animals when infection is likely to become an animal welfare issue.

A National Pig Association spokesperson said: “The UK pig industry has continued to responsibly reduce its use of antibiotics with a 62% reduction since 2015, and a reduction in highest priority critically important antibiotics.

“We expect usage of different types of antibiotics to vary year on year because vets will prescribe the most appropriate medicine in response to the type of disease which needs to be treated – this is a responsible approach to antibiotic use and the health and welfare of pigs.”

The UK government’s Department for Environment Food and Rural Affairs said: “It remains our position that the livestock industry should be working towards preparing for the ban on use of zinc oxide as a medicine. While there has been a slight increase in the use of aminoglycosides for pigs, there is no evidence of a link to preparations for the ban.”