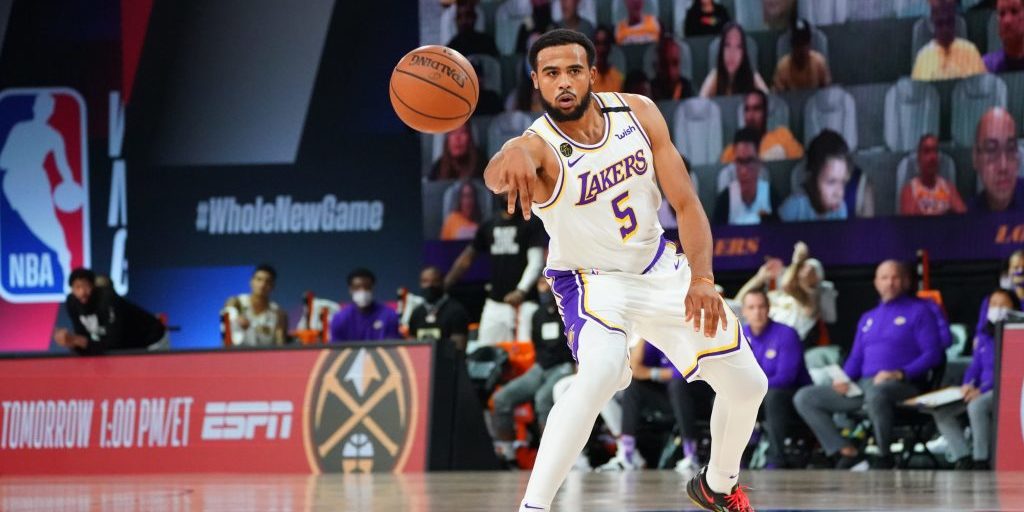 Image Courtesy Of The Undefeated

We are a week away from the start of the NBA regular season, as the Los Angeles Lakers continue their shortened preseason schedule with the first of two games against the Phoenix Suns tonight. LeBron James and Anthony Davis will play for the first time this season in tonight’s game (although probably only the first half), as the Lakers have been led in the preseason by second-year guard Talen Horton-Tucker. He had 33 points in a game against the Clippers on Sunday, as it seems the league has taken notice of the promising player out of Iowa State.

The topic of THT made its way to The Ringer’s Chris Vernon, as he discussed the young star on his Memphis radio show with none other than former-Kobe-Bryant-agitator, Tony Allen. Allen had quite the story of an interaction he had with Talen Horton-Tucker while watching him play in the G-League last season before the season’s suspension. THT reportedly was so confident in himself at the time, that he told Allen that he didn’t even belong in the G-League. Check out the full story below.

Story time! Tony Allen (@aa000G9) saw Talen Horton-Tucker in person last year and they had an interaction that made TA know he’s for real. pic.twitter.com/oH6Ean0pm5

Tony Allen is low key a great storyteller, bringing the laughs by talking about THT staring him down after nailing a three, prompting Allen to say “that boy real”. Allen says that he can tell now from the couple preseason games that THT has been in the gym working on the different aspects of his game.

Tony Allen may not be a hall-of-famer, but he is one of the more respected players of his generation. Kobe Bryant once called him the best defender that Kobe ever faced, so it’s easily safe to say that Allen knows what he’s talking about when it comes to basketball.

Although Allen was, in fact, first-team all-defense…it’s still funny to think about THT not knowing who he was — a topic that they discuss right at the end of the video. Hopefully, THT definitely knows who he is now as the former NBA player is showing a lot of love towards him.

This article was written by Donny McHenry of Lakers Outsiders.