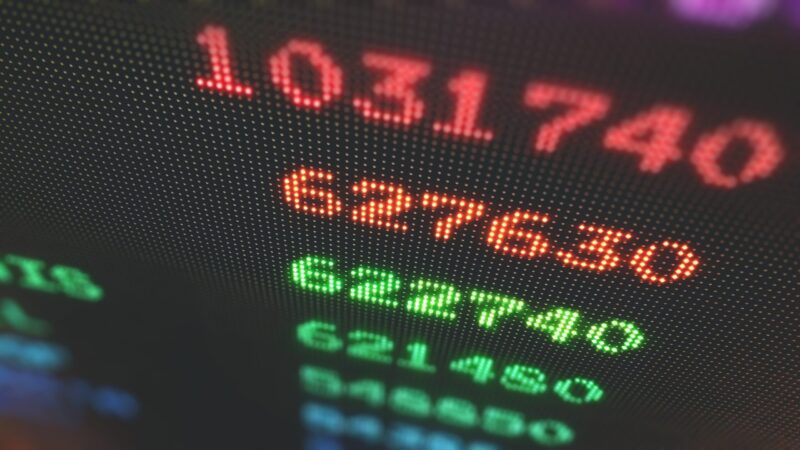 Image Courtesy Of Sigmund On Unsplash

Looking at the carnage in “growth” stocks, it feels like it was eons back when our friend Kuppy warned just a few weeks ago (on 25 April to be exact) about the undertow building up in the tech market:

The tech sector has an undertow to it. It started slowly in 2021, but as more names get swept out to sea, the strength of the undertow only grows. One down quarter is a tragedy for a fund. Two in a row and the redemptions start. Thus far, all we’ve seen is the first wave of selling, the wave that loosens the float enough to have actual price discovery. With a nasty start to Q2, the redemption notices are starting to pile up. Avoid the undertow in tech…

Most speculative darlings already got pulverized in recent weeks. Peloton is now down 91%. Coinbase is down 90%. Netflix is “only” down 76%.

It looks like they are now coming for the generals, too. Tesla is down 30% over the last month. So is Amazon. Apple also appears to have cracked — down 17% as we write this.

If you’re still holding onto those tech stocks because you’re thinking, “well, they’re down so much already,” then do yourself a favor…

Pour yourself some stiff scotch, sit down with Bon Jovi’s “It’s My Life” blaring (gotta keep the family away while you’re busy), and systematically hit the sell button on this stuff while yelling “It’s My Life.”

TECH OR COMMODITIES? CONTEXT IS KING

Context, as they say, is king.

The following comparison shows beautifully how early we still are in the current commodity supercycle.

Or zooming out a little bit, this chart (courtesy of @contrarian8888) suggests energy stocks have a long runway head… and tech has further to fall.

So if you — having seen commodities run lately — may be thinking to yourselves, “Damn, that’s it. I’ve missed it,” this might give you a better idea on where we are, both on an absolute and relative scale.

Feels like a lifetime ago, when — back in February 2020 — we started warning that lockdowns will bring about inflation and shortages. Fast forward to today, and this pesky stuff is now part of our daily lives. We recently set up a dedicated inflation channel in our Insider private forum, where members can share their own experiences with all things “transitory”.

This week we have a shipping update from member Mike:

Just been speaking to a friend that has business with production in China, and distribution in USA West Coast, UK, Australia & NZ. He has containers that are packed and have been waiting since last December to get shipped to USA, none of his usual shipping co’s can ship it as they have moved ships to European route as only 2 ports they can use on West Coast of USA and many more in Europe

And while on the topic of “phac-dup” supply chains, member Andrew shared this:

Just caught up with a pal who is a wine producer here in Portugal.

He has tons of wine, enormous demand, staff waiting to work, but cannot get wine bottles or labels!

The biggest bottle supplier in Europe is in Portugal, they can produce regular green colored bottles but cannot get the ingredients that make clear glass bottles.

Why? UKRAINE! of course.

It’s been a while since we touched on the gigantic bubble that is the bond market. This week, the following piece in the Wall Street Journal caught our attention:

Long-term Treasury bonds lost more than 18% this year through April 30. That surpasses the previous record, a loss of 17% in the 12 months ending in March 1980, says Mr. McQuarrie. The broad bond market has performed worse so far in 2022, he says, than in any complete year since 1792 except one. That was all the way back in 1842, when a deep depression approached rock-bottom.

Based on the price action over the last couple of weeks, the 40-year bond bull market might now well be over. Interestingly enough, bonds and stocks are now getting spanked together. So much for the bond market being a “safe haven.”

For the last two years we have been beating the drum, saying that the 60/40 equity and bond portfolio, that has been the bedrock of so many investors, is broken, finished, done for. These last couple of weeks really should bring this fact home to people.

Sadly, it’s arguably too late for many who have lost significant amounts of money ignoring this. You see, in order to support the bond market the Fed needs to raise rates. But raising rates as equities crash will only exacerbate the pain.