The Bear Market Is Over. Or, Is It Just Hibernating? 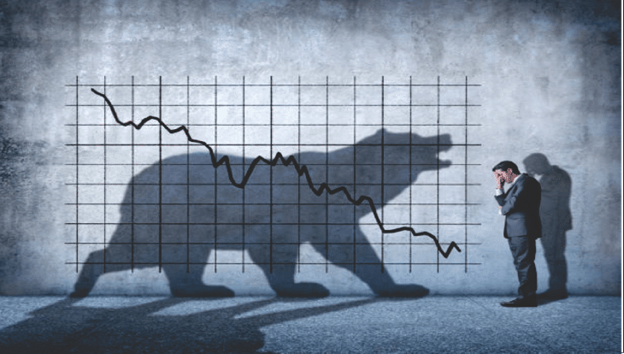 The bear market is over. While that statement fills the mainstream media, it remains a hotly debated question in every media forum. It is an interesting point considering that it was just in June we were answering the question of “when will this bear market end?”

“Bear markets are not uncommon and follow preceding bull market excesses. Over the last 120 years, there have been 14-bear markets that averaged roughly a 33% decline from peak to trough.”

It only took a 50% retracement rally from the lows in July to get the bulls declaring the bull market is over. As I discussed in May, such was not surprising, stating that “investor sentiment was so bearish, it’s bullish.”

‘When all the experts and forecasts agree – something else is going to happen.’

As a contrarian investor, excesses get built by everyone being on the same side of the trade. Currently, everyone is so bearish that the reflexive trade will be rapid when the shift in sentiment occurs.

The takeaway from this commentary is not to let media headlines, financial narratives, or concerns over long-term issues like valuations, economics, or geopolitical events impact the decision-making process in your portfolio strategy.

There are plenty of reasons to be very concerned about the market over the next few months. However, markets can often defy logic in the short term despite the apparent weight of evidence to the contrary.“

With everyone back in the bullish camp, such would suggest the risk/reward balances have flip-flopped.

But is that case? The short-term technical backdrop does support that view.

Technically Speaking – The Bull Market Is On.

From a technical perspective, a rising bed of evidence supports the “bear market is over” claims. One such bit of evidence comes from Ryan Detrick, CMT, who recently stated:

“Friday triggered a rare, but quite bullish signal. More than 90% of the components in the S&P 500 are now above their 50-day moving average. As you can see, these signals take place in strong uptrends historically.”

However, it is just the number of stocks above the 50-dma but also the market itself technically performing better. As noted above, an important indicator is a 50% decline retracement. When stocks have historically accomplished such a reversal, markets performed better over the next 12 months.

“Since WWII, every time the S&P recovered 50% of the bear market price decline, while the 500 may have re-tested the prior low, it never set a lower low,” Sam Stovall, Chief Investment Strategist at CFRA Research

Such is what happened in mid-August as the market rallied to its 200-dma.

While such a technical measure has a strong track record of suggesting the lows are in, it does NOT mean the market can have a significant pullback.

“Prior 50% retracements in 1974, 2004, and 2009 all saw decent shakeouts shortly after clearing that threshold.” – Jonathan Krinsky, Chief Market Technician at BTIG

However, there are concerns with the rally. As shown in the middle panel, one such worry is the lack of volume. While the market surged higher in August, on balance, volume barely budged. Such suggests that, at least short-term, commitment to rally could be limited. However, with the market well above the 50- and 100-dmas, pullbacks should be contained to the current uptrend.

While the short-term technicals are indeed bullish and argue for further gains over the next 12 months, such does not preclude another “bearish decline” in the markets first.

Bear Market Over? Maybe Not.

My colleague, Doug Kass, recently made an excellent point.

“While I thought that the move lower in the market in June provided a good entry point, based upon our calculus of upside reward vs. downside risk – the speed and magnitude of the strong advance during the month of July surprised me.

Indeed, the swiftness and size of the rise in equities last month have recently driven the markets back to valuation levels that concern me – reducing the general attraction of equities and posing the risk of more negative outcomes for stocks.

I now believe that risk assets are at risk. It should be clear that in observing the unusual market volatility and frenetic weekly/monthly moves that we are not in our father’s market – things have changed as markets have grown increasingly manic.“

Indeed, the markets have grown “manic,” swinging wildly from extreme pessimism to optimism in very short time frames. Such is not the basis on which investing activity resides but rather where speculation abounds in its purest form.

Over the next 12 months, the “bear market is over” thesis will depend much on the Federal Reserve, Government policies, and inflation. The recent passage of the “Inflation Reduction Act” will increase taxes on corporations and households. Such will reduce growth and profit margins along with stubbornly high inflation.

Such is an important backdrop. The markets are pricing earnings of roughly $214 per share by the end of 2023, down from $242 in July. However, if the Fed continues its fight against inflation and triggers a recession, earnings could drop to $188/share. At a generous forward multiple of 18x those earnings, you are looking at a fair market calculation of 3400 on the S&P 500 index.

Not surprisingly, as I noted recently, earnings are already declining in anticipation of slower economic growth while stocks have rallied solely on hopes of a “Fed pivot.” Should inflation remain persistent, taxes rise, and the Fed continues to extract monetary accommodation from markets, a further reversion is possible.

Of course, while every market environment is different, one key element that defies the “bull market is over” thesis remains.

Don’t Discount The Fed, Yet

As is always the case, the bearish argument is grounded more in the macroeconomic, monetary, and financial fundamentals. While the bulls are ramping up equity risk in hopes of a “Fed pivot,” there is little indication from the Fed that such is likely anytime soon. In fact, from a historical perspective and even recent comments, the Fed’s focus is singular on bringing inflation down to its 2% target. As noted, even if CPI prints at 0.2% every month, it will take until the end of 2023 for inflation to decline to the Fed’s target.

Furthermore, the Federal Reserve is not keen on running a $9 Trillion balance sheet. The Fed needs a higher Fed Funds rate and reduced balance sheet to engage those policy tools to offset the next recession. Equities are at risk as the Fed’s inflation fight will trigger a recession. We can “review the tape” of the 1970s to see that bear markets and recessions were common when the Fed was hiking rates and combating inflation.

However, when it comes to equity risk, it is corporate earnings that will drive equity prices. As the Fed hikes rates to slow economic activity and potentially cause a recession, such will translate into slower earnings growth and reduced profit margins. Given that valuations are near 30x earnings currently, such suggests that stocks will need to reprice lower. The 6-month annual rate of change of the Leading Economic Index (LEI) supports that thesis, meaning earnings will decline over the next two quarters.

Whether the bull or bear market view wins out will only be found out in time. However, as noted, while the bulls currently control the technical picture, the Fed still has control of the macro environment. While we will continue to trade the markets tactically in the short term, in our view, there is still a risk of a more profound decline unless the Fed changes course in short order.

We will have to wait and see who wins the “bull market is over” debate.