The CIA Experimented On Orphans In Denmark 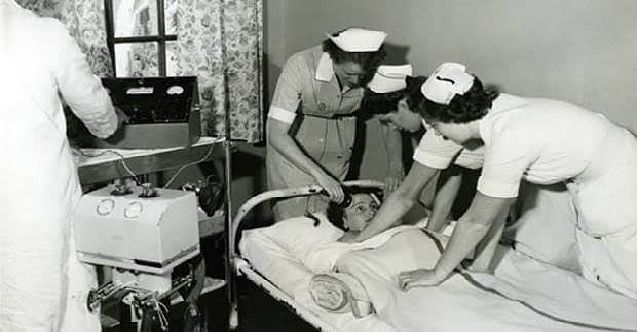 Image Courtesy Of Chronicles Of Shame

On today’s episode of, Oops… We Did it Again: the CIA partnered up with willing doctors to experiment on orphans in a basement in Denmark. Trust me, it’s as weird as it sounds. Per Wennick is a Danish filmmaker who recently embarked on a journey to find himself. On this quest, he ended up delving into his early childhood years which were spent participating in a state-run program for orphans and children of schizophrenic mothers. Upon getting access to the files of Wennick’s life during this study, an incredible story began to unfold.

In the 1960s, about 311 children were led to the basement of City Hospital in the Danish capital of Copenhagen. According to Wennick on Danish Radio, the children were promised “something cute” as a reward for going down to the basement, as if they had a choice. This so-called basement was specifically set up as a lab of sorts for doctors and scientists to perform experiments on children such as Wennick. These experiments were allegedly sought out to “establish the link between heredity and environment in the development of schizophrenia,” according to an article from Daily Sabah.

As Wennick began to dig deeper, he ended up finding boxes of documents about this ‘study’ at the Psychiatric Centre Glostrup in Hvidovre. Upon catching word of Wennick’s endeavors, the center “began shredding the documents,” states a ZeroHedge article – one of the many reasonable actions of a healthcare institution that, of course, don’t raise any suspicions at all. In that same article, Wennick states neither he nor the other children were told what the study was about, why it was happening, or how long it would go on. To say that this is a violation of the Nuremberg Code would be an understatement at this point. These children were led astray, led on, and led into the darkness by the hands of those put in place to protect them.

As for this “study,” kids were forced to participate in a variety of activities that examined their physical and psychological realities. On Danish Radio, Wennick mentioned remembering being hooked up to electrodes around different parts of the body like his arms, legs, and chest. The documents also go into detail about other tests, like 600 true or false statements and playing shrill noises to incite reactions, which would then be documented and studied. These were tests that were meant to induce, I mean, deduce schizophrenia in its subjects.

Who could ever come up with such an idea? Danish Radio gives the credit for this occasion to US psychologist Zarnoff A. Mednick, then a professor at the University of Michigan. An article by Voi mentions Mednick could not find a suitable study group in the US to conduct such research, so he reached out to Fini Schulsinger, a Danish professor at City Hospital, Copenhagen. Tyler Durden’s article for ZeroHedge notes, according to Wennick and the National Archives, this study was “co-financed by the US health service.” In only its beginning year, the experiment was granted with what today corresponds to DKK 4.6 million ($700,000). It was also granted funding from the Human Ecology Fund. Durden notes: “The Human Ecology Fund was a CIA funded operation through the Cornell University College of Human Ecology Society for the Investigation of Human Ecology to support covert research on brainwashing.” According to Durden, these programs were connected to MKUltra, a program in which “social scientists, including anthropologists, were led (mostly unwittingly) to provide input into interrogation techniques still in use today.”

Yet again, another tale of how the US has collaborated with countries around the world to perform “experiments” without informed consent has surfaced. Were Wennick to look back on his past and solely wince, the truth of those harmed in these experiments would remain perhaps just another stipulation. Wennick’s findings have hopefully brought closure to some of the victims affected by these studies, and their families – and maybe some justice, too.