The Good, The Bad, And The Ugly Of Drone Technology 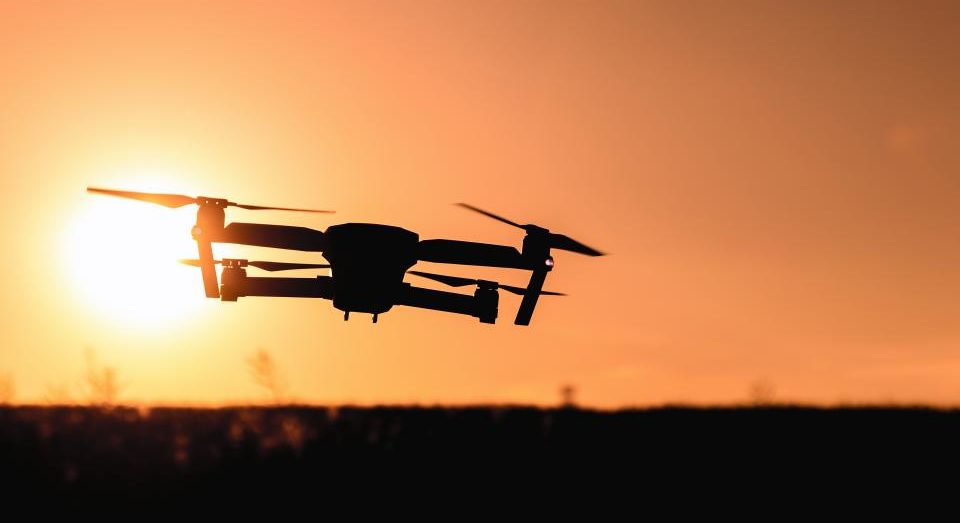 Drones are flying robots, whether programmed to function autonomously or remotely controlled by an operator. The first drone, the Kettering Bug, was created during World War I but was used only experimentally. Drones went through various prototypes but the first drone to be put to continuous practical use was made in 1935. It was a converted de Havilland DH82B “Queen Bee” biplane with radio and special controls added to the back seat so the plane could be flown unmanned. Artillery gunners shot at these flying “Queen Bee” biplanes for target practice. The term drone is derived from the use of the name “Queen Bee” and although drone bees have no other function than to mate with a queen bee, the term “drone” remains intact to this day for UAV or “unmanned aerial vehicles.” In a survey by Philly by Air, 8% of Americans own a drone (about 51% are men and 49% women) and 15% have flown a drone. Recreational drones range from a few ounces to 10 lbs. Commercial drones weigh between a few ounces to 55 lbs.

The Federal Aviation Administration (FAA) has authority over all airborne traffic in the USA including UAVs or drones. In 2019, the FAA reported 990,000 recreational drone operators were registered. People operating drones over 0.55 lbs. are required to register with the FAA. Those who fail to register are subject to civil fines of $27,000, criminal fines of $275,000, and may include three years in jail. Drone registrants must pass an Aeronautical Knowledge Test and agree to abide by a few but very clear FAA regulations. Also, drone users must obey local laws such as getting permits, agree to fly only in certain areas, and obey video and photo restrictions.  As of July 21, 2020, there were 1,662,819 FAA registered drones in the United States. Seventy-one percent were recreational drones, and the rest were for commercial use.

New jobs are being created. The Association for Unmanned Vehicle Systems International (AUVSI) estimates 100,000 + U.S. drone jobs will emerge and add $82 billion to the economy by 2025. However, losses due to automation technologies, which includes drones, are estimated to replace 45% to 50% of all U.S. jobs by 2030. This projection was from the 2016 White House Council of Economic Advisors. Similar projections w4ere made by PwC global consulting, Oxford University and McKinsey & Company worldwide management consulting. The highest job losses are projected for workers in the transportation, storage, manufacturing, construction, administration, wholesale and retail industries. The most secure jobs are projected to be in education, human health, and social work. Additionally, employees who earn less than $20 / hr. have an 83% chance of their jobs being replaced by automation technology by the year 2030. Employees earning between $20 and $40 / hr. have a 31% chance of job loss and those earning over $40 have only a 4% chance of technology replacing their jobs in the next ten years. It appears that employees with computer or tech knowledge or who are employed in jobs that require complex human-to-human interactions are much safer from job losses by automation for now.

When drones become much more capable of safely making deliveries and are fully FAA approved, Amazon, UPS, FedEx, and other delivery companies will invest heavily in this technology. They project that up to 50% of food and other consumer shopping items will be delivered by drones.

News reporters might soon use drones to get closer to breaking news like crimes, fires, and traffic jams instead of relying on helicopters.

Drone proponents list many uses for drones in the United States such as the following:

Technology often impacts society before new laws protecting people and property are passed. Trespassing laws used to be clearer and easier to enforce before the computer and the internet made cyber snooping and data theft from personal computers easy. Trespassing onto the property or taking photos or videos of people in their yards or through their windows without permission is prohibited and has been hard to prove or enforce. It is illegal for citizens to shoot or take down a drone since the FAA regulates everything in U.S. airspace. In 2021 the FAA plans to partially implement a new law requiring all drones over 0.55 lbs. to send a unique self-identification signal during flight through the internet so they can be tracked by the FAA.

Flying drones above or landing on government property is illegal but continues to occur. The FAA reports that there have been hundreds of near misses between recreational drones and commercial and private aircraft. This is an extremely dangerous situation for pilots and passengers.

Firefighters rely on timely and accurate aerial support by helicopters and planes dropping water and fire retardant on wildfires. Yet drones are increasingly showing up in the airspace above the fires which has delayed or stopped critical drops to fight the fires. A hefty fine and months of jail time are levied for drone interference with wildfire-fighting efforts in California.

It is illegal to fly drones in the National Park Service (NPS) areas. The NPS reports that there have been more than 2,000 illegal drone events since 2015. Wildlife has been harassed and visitors to the parks have been bothered by the presence of drones.

Organized crime uses drones to spy on police and security agencies through video as well as to hack police communications or crash police drones. In 2018 FBI agents were flushed out of their positions by criminal drones buzzing them during a hostage rescue attempt. Foreign cartels use drones to fly drugs into the U.S. and the drone sometimes has a small bomb onboard programmed to explode in case U.S. authorities try to capture it.

The need for FAA tracking of all drones was profoundly illustrated by a strange event. For several weeks during December 2019 into January 2020, law enforcement received calls from farmers, householders, and sheriffs in over 16 counties in Colorado, Nebraska, and Kansas reporting the sky was filled with drones. The approximately 50 drones flew in formation 300 feet above the ground and only appeared at night. All the drones flew silently, and many had lights. To this date, the FAA does not know who operated these drones or why.

Armed military drones have been in use since the 911 attack on the New York Twin Towers. The U.S. military has many times more drones than all other nations combined. According to Jane’s Market Forecasts, the U.S. will purchase 1000 more armed drones and 43,000 surveillance drones by 2030. The Bureau of Investigative Journalism reported that U.S. drone strikes in multiple Middle Eastern war zones killed between 8858 to 16,901 people with about one-eighth of them being civilians.  This development of armed drones and other robots led to the founding of The Campaign to Stop Killer Robots (CSKR) in 2012. CSKR states its supporters include 171 organizations from 65 countries. Its goal is to preemptively ban fully autonomous weapons as they are a threat to all humanity.

There are over one hundred well-established drone-related businesses in the U.S. Some of these companies make anti-drone technologies for military or government security uses. Two of these technologies catch drones with a net either fired by a bazooka (SkyWall 100) or with a DroneCatcher drone that follows the rogue drone and traps it in a net. The Inceptor and DroneBullet are counter-drones that lock on to their target and ram the rogue drone at high speed and knock the enemy drone out of the sky while remaining in one piece and flying back to base ready for the next anti-drone attack. Convexum, Maldrone, and ApolloShield countermeasure technologies detect and locate enemy drones and take over their operating system. Titan is a jamming system supplied by Citadel Defense Systems to the U.S. military to disable enemy drones. Athena was created by huge defense contractor Lockheed Martin which locks onto enemy drones and destroys them with a 120-kilowatt laser.

The uses for drones will grow and the law will likely lag behind in addressing the negative impacts drones have on people, businesses, and wildlife. How citizens, birds, bees, and others will adjust to all these increasingly numerous flying machines can only be guessed, yet drones will soon be the most obvious robots on the planet.