The Hidden Cost Of Rising Rates 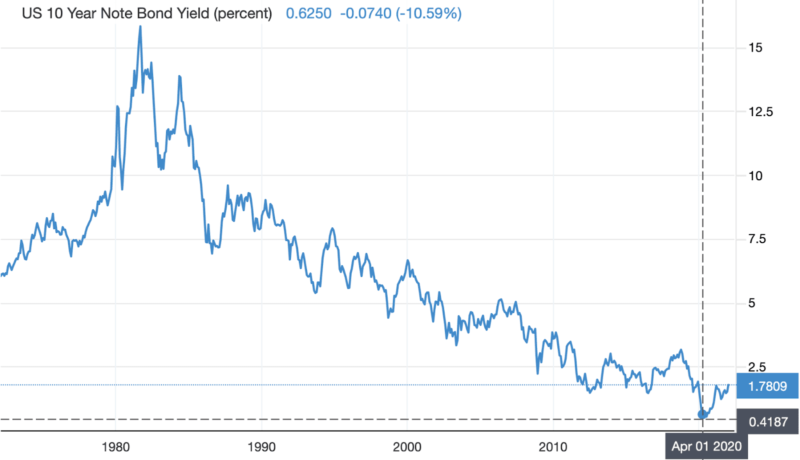 The ultra long bear market (a generation or so of falling rates) has led folk to believe that rates will never rise again. Or, if they do, then they won’t rise by much. And so individuals, companies and governments have geared themselves up accordingly, depending on an endless supply of cheap money.

This article was written by Chris MacIntosh and originally published by Capitalist Exploits.

But the actions over the last decade have ensured that when rates rise, they will surprise everyone with the magnitude and duration of the rise.

“The world’s poorest countries face a $10.9bn surge in debt repayments this year after many rebuffed an international relief effort and instead turned to the capital markets to fund their responses to the coronavirus pandemic.

A group of 74 low-income nations will have to repay an estimated $35bn to official bilateral and private-sector lenders during 2022, according to the World Bank, up 45 per cent from 2020, the most recent data available.

One of the most vulnerable countries is Sri Lanka, where the rating agency S&P Global last week warned of a possible default this year as it downgraded the country’s sovereign bonds. Investors are also concerned about Ghana, El Salvador and Tunisia, among others.”

And what if the cost of capital was at 2006 levels? Would citizens of countries have allowed their governments to have acted this way?

Perhaps. But certainly there’d have been more opposition, given the very real risks (like death from starvation, for example).

In a decade’s time, it will be interesting to see how this Covid fiasco tracks with bond yields. My suspicion is that the disintegration of the narrative will track very well with rising bond yields. Leading to historians commenting that it was perhaps the corona that represented the “blow-off” top in bond prices (low in yields).

Investment implications exist for emerging markets getting into debt troubles.

Remember, emerging markets hold dollar denominated debt. Now, as the cost of that debt rises, the ability to service it diminishes. Yikes!

You might recall how the following crises played out in the currency world:

(hint: it was all USD bullish).

Now, I hear the resistance to this already.

“But Chris, if the dollar runs, that’s bad for commodities!”

To which I say, why can’t we have the dollar strengthening against emerging markets while oil runs to $100?

There’s no reason it can’t, despite what we hear in the media and blogosphere.

We don’t want to sound like drama queens. But we keep coming back to commodities. In particular; those where the supply has been destroyed over the last few years. And where have we been super-focused?

Where the supply demand imbalance is acute, and that is in energy markets.

This year is looking particularly juicy for the oil and gas industry on several fronts.

Un-economic, woke ESG mandates adhered to and pushed by virtue signalling, spineless investment allocators won’t go away overnight. Oil and gas companies will continue to be relatively starved of capital.

Asinine regulations will continue to restrict the availability of capital, and suppress development activity.

Insufficient exploration and production activity has depleted reserves and continues to do so.

“But what about lockdowns Chris, didn’t that destroy demand?”

Good point! I’m quite sure Davos Man is rather upset that such immense lockdowns translated into nothing but an energy supply issue. Especially given demand is already back above pre-lockdown levels.

“But what about renewables?! Have you been living in a cave? The world is transitioning to clean energy.”

Despite the prevailing “green transition” narrative (which we have been debunking for many years now), demand for conventional energy continues to rise inexorably.

Part of this is due to — as mentioned — divestment by aforementioned virtue signalling rubber-spined CEOs. But it’s been exacerbated by absurd policymaking. This serves only to intensify at a time where an energy crisis of truly Godzilla-like proportions is already ripping through the global economy.

Take a look at the “klustafuk” that is the EU. Natural gas prices are sitting near $200/barrel of oil equivalent after briefly running higher than $350.

In other words, it pays for these guys to start burning oil to keep the lights on.

Have another look at those charts above and riddle me this: where exactly is this oil going to come from?

If you have an answer that doesn’t include much higher oil prices, then let me know because you’re onto something we’ve not considered.

This article is an excerpt from Insider Weekly, the global investment newsletter with five bonus stock ideas in each issue. It’s part of our full Insider service, where you get to be a fly on the wall of our fund management service… including portfolios, Q&As, private forums, education in professional money management and more.