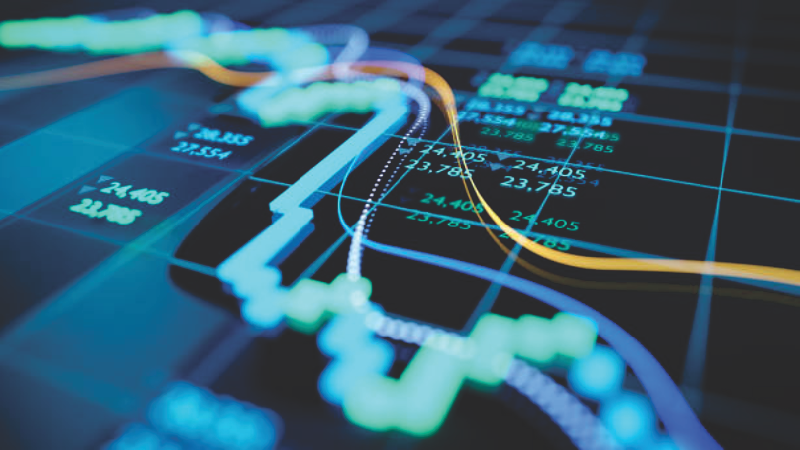 What is the “Inelastic Market Hypothesis?”

If you take a quick look at returns for the S&P 500 over the last few years, it is easy to be impressed with how lucrative stocks can be. Total returns above 31% in 2019, 18% in 2020, and 21% year-to-date (as of 8/31) can make a difference. Unfortunately, the levitation at the end of this summer hardly stands out in this context. Instead, it is just more of the same.

When stocks are rolling along this well, it’s easy just to let it happen. So why ask too many questions? While nobody wants to “jinx” the run, it behooves long-term investors to be at least aware of the risks. After all, a big run-up followed by a big run down on a roller coaster may be exciting, but retirement funds can be painful. A new theory about market behavior identifies some of those risks, challenges some old assumptions, and has profound implications for investors.

While it is easy to bask in the strong stock returns of the last few years, it is healthy to maintain some perspective. Trey Reik does this in spades in the September 3, 2021, edition of Grant’s Interest Rate Observer:

In other words, all of that impressive performance has come on the back of earnings that have done absolutely nothing.

It doesn’t take a rocket scientist to sense something might be wrong with this picture. A recent paper by Xavier Gabaix and Ralph S.J. Koijen, entitled “In Search of the Origins of Financial Fluctuations:

The Inelastic Markets Hypothesis” provides a very plausible explanation. The Economist provides a good summary of it:

“Using statistical wizardry, the authors isolate flows into stocks that appear unexplained (by, for example, GDP growth) over the period from 1993 to 2019. They find that markets respond in a manner contrary to that set out in the textbooks: they magnify, rather than dampen, the impact of flows. A dollar of inflows into equities increases the aggregate value of the market by $3-8. Thus, markets are not ‘elastic,’ as textbooks say they should be. Messrs Gabaix and Koijen, therefore, call their idea the ‘inelastic markets hypothesis.’”

The logic behind the hypothesis is straightforward and focuses on the dynamics of supply and demand for stocks. According to Gabaix and Koijen, “Households allocate capital to institutions,” and those institutions “are fairly constrained” in what they can do. More specifically, most investment institutions have “moderate scope for variation in response to changing market conditions.”

As a result, “the price elasticity of demand of the aggregate stock market is small, and flows in and out of the stock market have large impacts on prices.” For example, if a fund “wants to buy $1 worth of equities”, the reality is, “many funds actually cannot supply that [incremental $1 worth of stock]”. Stock index funds cannot suddenly sell stocks and replace them with bonds.

There are other reasons for inelasticity. Gabaix and Koijen also show “that equity shares are quite stable over time for broad classes of investors.” The empirical evidence confirms that most institutions maintain relatively stable equity shares due to having rigid mandates. The authors attribute this phenomenon at least in part to the introduction of target-date funds.

In addition, the transfer of equity risk isn’t any more likely to happen across investor sectors than within them. The authors explain this “implies that the demand elasticity of most investors is quite small or that investors experience nearly identical demand shocks.”

Markets could be inelastic if there is a shortage of organizations that can arbitrage away mispricings caused by inelastic demand. Unfortunately, while the authors make this case, they do not provide especially compelling evidence. That said, given the number of the valuation-based funds that have either closed down or reoriented strategy, it is very plausible that little capital is left to absorb shocks in demand for equities.

In simple terms, the consequence of demand inelasticity is that imbalances in supply and demand get resolved by way of price. In other words, when excess money flows to funds with rigid mandates, something has to give. For example, when funds flow to stock funds, one of the primary sources of supply must be balanced funds. The only way for a balanced fund to remain in balance is if it sells stock. Or if the stock gets sold at a price high enough to maintain the relative position of remaining holdings. Voila, higher prices.

With this market structure, stock prices do not necessarily reflect discounted cash flows, i.e., underlying economic value. Instead, prices represent the supply and demand for stocks at a point in time. Indeed, this explains observed market behavior quite well. Stocks don’t need earnings or assets to go up; they need a regular source of inflows.

As shocking as this may seem, it is not hard to reconcile the inelastic market hypothesis with more conventional beliefs about elasticity. The critical issue is the market has lost diversity. For a market to function well, it needs a relatively large number of participants, who are diverse, and who act independently. That has changed over the last couple of decades with the proliferation of passive funds and target-date funds.

There are commentators who claim passive funds do not yet dominate market share and therefore have little effect on markets. But this semantic stubbornness misses the more significant point: It is not about what the funds get called, but what they do. For example, what happens when there is a demand shock? Increasingly, funds do the same thing, and there is too little capital on the other side to offset the incremental flows.

This leads to another interesting and hugely important phenomenon: The market is reasonably efficient in the short term but has become inefficient in the long term. As Gabaix and Koijen point out:

The authors conclude, “The contrast between the market’s ‘short-run efficiency’ and ‘macro efficiency is sharp.”

To restate in plainer terms, inelastic markets, combined with regular inflows to stocks, have enabled stock prices to levitate far beyond what is justified in any economic sense. The pricing algorithm has become quite simple: if net flows are positive, prices go up. That’s it. There is nothing more to it. As the authors assess, “the stock market in this simple model is a very reactive economic machine.”

One implication is there is very little information content in stock prices other than a reflection of flows. As a result, investors should quell tendencies to associate rising stocks with improving economic performance, individual company performance, or any other metric of economic value creation. Stock prices are not a good representation of underlying value in this environment.

Such isn’t to say there aren’t still a lot of voices promulgating such notions. Plenty of academics still adhere to the efficient markets hypothesis. Plenty of tech advocates claim cheap and accessible information is massively increasing the efficiency of markets. These ideas are nice-sounding but increasingly wrong.

Such raises another interesting point: the narrative regarding how the market works is changing. Mike Green from Simplify Asset Management and a couple of other prominent commentators have emphasized the importance of market structure for some time. Mostly these discussions have appeared in venues such as Real Vision, various podcasts, and other distinctly non-traditional outlets for financial information.

Now the ideas are coming through the Economist and Financial Times (here and here), which are decidedly more mainstream. As the narrative becomes more broadly recognized and accepted, it is reasonable to expect more investors to act according to that knowledge. Specifically, this is likely to increase awareness of the heightened level of risk associated with overvalued stocks and the heightened importance of flows in affecting stock price movements.

Indeed, in the framework of the inelastic market, flows become a critical market indicator. What might affect flows? Certainly, stock buybacks have been a significant factor and have the potential to continue exerting influence. In addition, a decline in the labor force would reduce the number of automatic contributions to retirement funds.

A little further out, the combined forces of Baby Boomers taking mandatory withdrawals from retirement funds and reducing risk as they age could significantly turn the tide of stock flows. If commensurate demand volumes do not balance those selling volumes, the marginal buyer is unlikely to be insensitive to the price. When that happens, valuation will matter a lot.

Of course, if a significant threat to market values presents itself, the Fed may also consider the potential for buying stocks as a matter of public policy. Equity markets are inelastic, so the Fed would not need to buy a lot to maintain prices at elevated levels. Thus, it could get a lot of bang for the policy buck. Such creates the potential for a relatively binary set of potential outcomes.

Finally, markets have become increasingly inelastic as money management has transitioned from individuals to institutions and money under management has transitioned from active to passive. As many things have changed in the investment environment, the stock market has become progressively less capable of dynamically adapting to those changes. Somewhat ironically, this creates a significant opportunity for active management.

The inelastic markets hypothesis provides some very interesting intellectual fodder for investors. At the very least, it gives a plausible explanation for why markets have been so robust despite weak financial performance. The hypothesis also provides a serious challenge to the mental model of efficient markets. As such, stock prices don’t provide investors with very much information content. Finally, the hypothesis highlights flow as a critical variable for setting prices. If and when flows to stocks become persistently negative, stock prices are likely to adjust based on an entirely different paradigm.