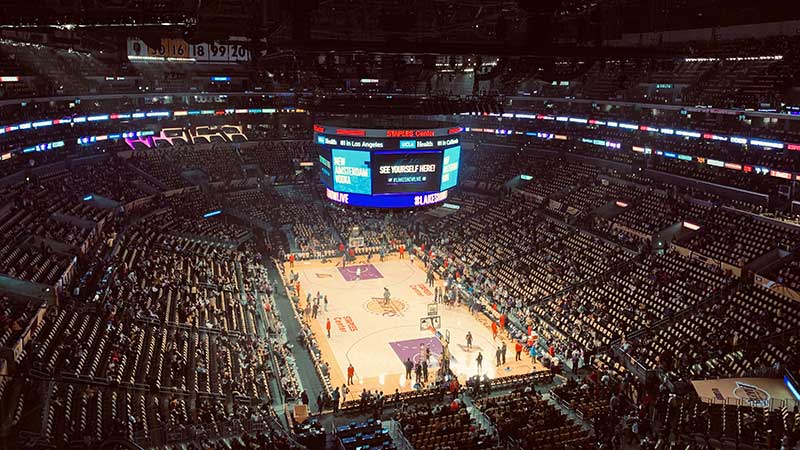 After continuing to build, the 1980s saw the Los Angeles Lakers ascend to heights very few teams have achieved, as they won half the decade’s championships. Led by the Captain & a certain Magic Man, the team dominated the decade in a way the league had never seen, on and off the court. Here are the players that make up the Showtime All-Decade Team.

PG: Earvin “Magic” Johnson – A 6’9” point guard, Magic redefined the game. He ran the offense, threw no-look passes in an uptempo offense, and his size made him an absolute force as far as grabbing rebounds. In his first year he accomplished the very rare feat of leading a team to the NBA title as a rookie. His megawatt smile and off-court flair helped turn him into a transcendent star while his on-court feats made him one of the greatest to ever play the game.

SG: Norm Nixon – Playing opposite the charisma hurricane that was Magic was a bit of a thankless job, but Nixon was the absolute perfect foil for him. He often stayed on the perimeter to knock down shots created by Magic passes or else he would kick it down to one of the Lakers’ mighty forwards for an easy bucket. Throughout his six years with the Lakers, Nixon consistently averaged around 17 points and 7-8 assists per game and helped keep the Lakers’ offense high-scoring and uptempo.

SF: Jamaal Wilkes – In his time as a Lakers’ starting forward early in the decade, “Silk” helped bring the team three NBA titles and averaged close to 20 points. His smooth shooting touch earned him his nickname, but his high basketball IQ and penchant for clutch play are what helped make him a Lakers legend.

PF: James Worthy – “Big Game James” was a player that truly lived up to his moniker. He mostly averaged between 17 and 21 points in the regular season, but it was the playoffs where Worthy truly shined. Across nine playoff runs, he averaged 21.1 points and helped the Lakers bring home three NBA championships. Worthy was also the perfect teammate for Magic Johnson. Any highlight reel of either man will feature a heavy dose of the other, as Worthy was one of Magic’s go-to targets for no-look or outlet passes to help the team start a fast break.

C: Kareem Abdul-Jabbar – Known as the “Captain,” when Kareem got to LA, he was a truly transformative and dominant force at the center position, having averaged over 30 points and 15 rebounds in his first six years with the Milwaukee Bucks. The Lakers won five NBA championships in the ‘80s, and Jabbar was a pillar of each one of those teams. Kareem actually played in every season in the ‘80s and still contributed averages of 14.6 points and 6 rebounds in 28.9 minutes at age 40 in the Showtime squad’s final championship season in 1987-88. From his unguardable skyhook to his list of accomplishments too long to list, Kareem’s name has to be near or at the top when starting a list of the greatest Lakers players ever.

Sixth Man: Kurt Rambis – An absolute fan-favorite, Rambis was one of the most easily identifiable players of the decade with his thick glasses and a bushy mustache. But it was Rambis’ defensive and rebounding prowess that helped him become a fan favorite player to Lakers nation. Rambis was a part of four championship teams in LA and gladly focused on doing all the dirty work that players often look to avoid. This makes him the perfect sixth man on a team so focused on fast-paced offense.

The ‘80s made the Lakers one of the biggest, most popular franchises in all sports. With unrivaled success on the court and superstar players off the court, the team soared to new heights. In the ‘90s there came a bit of a lull, but it wasn’t long before two players would come and etch their names into the history of the franchise forever.