The Markets Next “Minsky Moment” 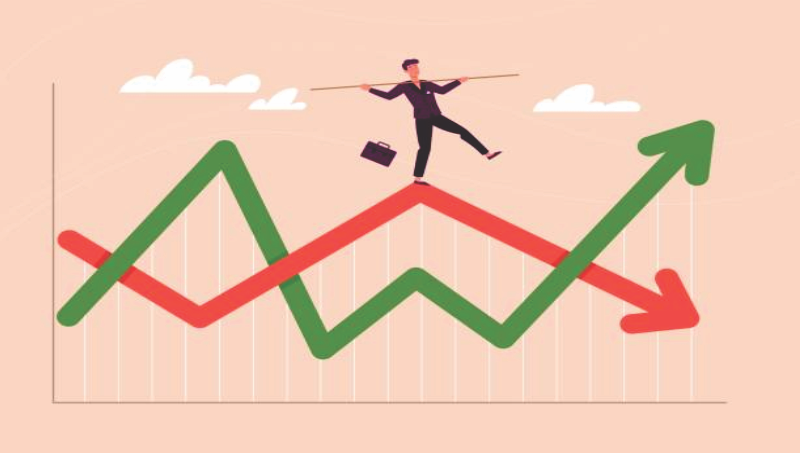 In this past weekend’s newsletter, I discussed the issue of the markets next “Minsky Moment.” Today, I want to expand on that analysis to discuss how the Fed’s drive to create “stability” eventually creates “instability.”

This article was written by Lance Roberts and originally published on Real Investment Advice.

In 2007, I was at a conference where Paul McCulley, who was with PIMCO at the time, discussed the idea of a “Minsky Moment.”  At that time, this idea fell on “deaf ears” as markets were surging higher amidst a real estate boom. However, it wasn’t too long before the 2008 “Financial Crisis” brought the “Minsky Moment” thesis to the forefront.

So, what exactly is a “Minskey Moment?”

Economist Hyman Minsky argued that the economic cycle is driven more by surges in the banking system and credit supply. Such is different from the traditionally more critical relationship between companies and workers in the labor market. Since the Financial Crisis, the surge in debt across all sectors of the economy is unprecedented.

Importantly, much of the Treasury debt is being monetized, and leveraged, by the Fed to, in theory, create “economic stability.” Given the high correlation between the financial markets and the Federal Reserve interventions, there is credence to Minsky’s theory. With an R-Square of nearly 80%, the Fed is clearly impacting financial markets.

Those interventions, either direct or psychological, support the speculative excesses in the markets currently.

Minsky’s specifically noted that during periods of bullish speculation, if they last long enough, the excesses generated by reckless, speculative activity will eventually lead to a crisis. Of course, the longer the speculation occurs, the more severe the problem will be.

Currently, we see clear evidence of “bullish speculation” from:

But, again, these issues are not new. In one form or another, they have all been present at every prominent market peak in history.

Notably, what fosters these periods of exuberance in markets is “stability.” In other words, there are periods of exceptionally low volatility in markets, which breed overconfidence and speculative appetites.

However, these periods of exceptionally low volatility are also a problem.

The Instability Of Stability

Hyman Minsky argued there is an inherent instability in financial markets. As noted, an abnormally long bullish cycle spurs an asymmetric rise in market speculation. That speculation eventually results in market instability and collapse.

Given the volatility index is a function of the options market, we can also view these alternating periods of “stability/instability” by looking at the daily price changes of the index itself.

A “Minsky Moment” is the reversal of leverage following prolonged bullish speculation. The build-up of leverage is the direct result of the complacency occurring from low-volatility market regimes.

One way to look at “leverage,” as it relates to the financial markets, is through “margin debt,” and in particular, the level of “free cash” investors have to deploy. So, for example, in periods of “high speculation,” investors are likely to be levered (borrow money) to invest, which leaves them with “negative” cash balances.

Critically, while “margin debt” provides the fuel to support the bullish speculation, it is also the accelerant for “crisis” when it occurs.

The Dependency Of The Fed

The dependency on maintaining “stability” is the most significant problem facing the Fed.

Currently, the Fed has created a “moral hazard” in the markets by inducing investors to believe they have an “insurance policy” against loss. Therefore, investors are willing to take on increasing levels of financial risk. This level of speculative risk-taking gets shown in the current yields of CCC-rated bonds. These are corporate bonds just one notch above “default” and should carry very high yields to compensate for that default risk.

As noted, with the entirety of the financial ecosystem more heavily levered than ever, the “instability of stability” is now the most significant risk.

The “stability/instability paradox” assumes that all players are rational. Therefore, such rationality implies avoidance of destruction. In other words, all players will act rationally, and no one will push “the big red button.”

The Fed is highly dependent on this assumption as it provides the “room” needed, after more than 12-years of the most unprecedented monetary policy program in U.S. history, to try and navigate the risks that have built up in the system.

The Fed is dependent on “everyone acting rationally.”

Unfortunately, that has never been the case.

Throughout history, as noted above, the Fed’s actions have repeatedly led to adverse outcomes despite the best of intentions.

The problem with “monthly charts” is they are slow to mature. The current period of exuberance could last another 12-18 months, potentially even longer. The extended period of “stability” will lead investors to “dismiss” the warning as “wrong” given it did not immediately result in a correction.

As Howard Marks once quipped:

“Being early is the same as being wrong.”

Therefore, while investors must manage portfolios in the near term to generate returns, it is undoubtedly a warning you should not dismiss entirely.

Rates Are Also Sending A Warning

The risk to this entire market remains a credit-related event.

Risk concentration always seems rational at the beginning, and the initial successes of the trends it creates can be self-reinforcing. That is, until suddenly, and often without warning, it all goes “pear-shaped.”

We wrote in early 2020, just before the Covid crisis, that yields would approach zero.

“While yields going to zero certainly sounds implausible at the moment, just remember that all yields globally are relative. If global sovereign rates are zero or less, it is only a function of time until the U.S. follows suit. This is particularly the case if there is a liquidity crisis at some point.

It wasn’t long after that yields approached zero in the depth of the economic shutdown.

With risk elevated, the Fed continues to supply liquidity at the rate of $120 billion a month. The sole goal, of course, is to maintain “stability.” Importantly, with inflation pushing 5%, and economic growth expected to surpass 4%, interest rates should be at a corresponding level.

However, interest rates are warning that “something is not quite right” in the financial system. Previously, when rates have risen from lows and peaked, such has preceded periods of “market instability.”

Will this time be different.

But history suggests it won’t be.

Only those that risk going too far can possibly find out how far one can go.” – T.S. Eliot

All of this underscores the single most significant risk to your investment portfolio.

In extremely long bull market cycles, investors become “willfully blind” to the underlying inherent risks. Or rather, it is the “hubris” of investors that they are now “smarter than the market.”

Yet, the list of concerns remains despite being completely ignored by investors and the mainstream media.

For now, none of that matters as the Fed seems to have everything under control.

The more the market rises, the more reinforced the belief “this time is different” becomes.

Yes, our investment portfolios remain invested on the long side for now. (Although we continue to carry slightly higher levels of cash and hedges.)

However, that will change, and rapidly so, at the first sign of the “instability of stability.”

When will the next “Minsky Moment” arrive? We don’t know.