The Mole People Of NYC 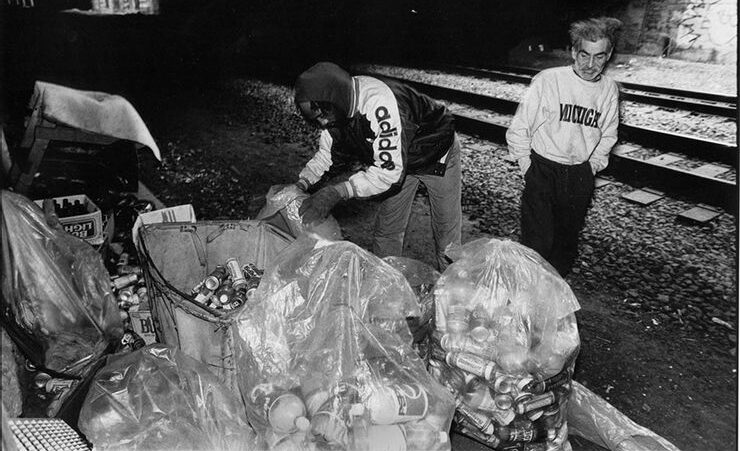 Image Courtesy Of The Travel.com

There are several species of moles roaming the planet and each plays a significant role in their respective societies. The most unique of this group seems to be the Mole People living under New York City. Now that I have some mole-mentum going, I’ll explain. There have been countless books about the formerly homeless, and newly sheltered, living under major cities like NYC. The Mole People: Life in the Tunnels Beneath New York City is an in-depth book from the 90s, by Jeniffer Toth, that brings valuable insight to the topic. If reading novels doesn’t tickle your cerebral fancy, YouTube is hardly lacking in interviews with folks forming this expanding assemblage. Let’s grab our flashlights and dive in.

An article published by News and Record mentions that “A Transit Authority report to the city council estimated that 5,000 people live in the New York subways alone.” Transit officers further speculate there are at least 25,000 New Yorkers living in old, abandoned tunnel systems. These underground shelters leave a lot to be desired and can often breed danger considering the lack of light, lack of access to health workers and police officials, and exposure to animals and sewage. On the other hand, some of these shelters provide immense protection from New York’s grueling summers and winters.

During my journey down this rabbit hole, I quickly became acquainted with fascinating characters. YouTube’s Erik K Swanson published a short documentary presenting a 60-year-old moleman named Walter, who’d been living underground since he was 30. Living under an Amtrak train tunnel called the Freedom Tunnel, Walter has been able to construct himself a quite comfortable and safe living situation. Not nearly many people living underground have been able to come this far, although Walter has established electricity, a safe space which only he has access to, and is able to make a living rebuilding refurbished computer systems.

Another touching clip from a now-defunct television station, Current TV, was published on YouTube by Vincent Ward. The reporter leads the viewer to a chipper gentleman named Carlos. A friend of Carlos helped find him an underground crevice which he then repainted and hooked up to electricity. Carlos gives immense thanks for being able to set up a heating and cooling system, cook his own food, and stay safe from the dangers of outdoor living. For people like Carlos and Walter, these are massive improvements in safety, security, stability, and shelter their ingenuity has provided them.

If one should ever grow curious, there are several places including the Freedom Tunnel, that are still accessible to this day. Many of these underground systems were abandoned simply due to the city’s needs for transportation. For instance, an article by Thrillist explains the origins of the now-abandoned Sedgwick Avenue. This subway was originally quite “an important stop along the shuttle between the old Polo Grounds and Yankee Stadium.” Although, once the New York Giants found their new home in San Francisco, the subway became obsolete. Time Out’s “Five Secret Underground Spaces Around NYC” provides several interesting and legal tunnels to check out if ever in the mood for an underground adventure.

Discovering that people could be living right underneath your steps towards your daily cup-a-Joe, or under your commute to work can be quite eerie. Although in this case, all that doesn’t glitter is sometimes actually gold for people like Carlos and Walter.