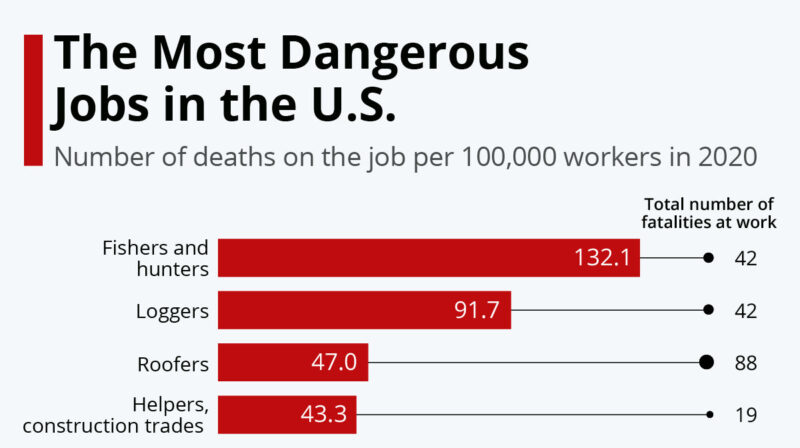 Fishermen and hunters are officially the most dangerous jobs in the US, according to the 2020 census released by the U.S. Bureau of Labor Statistics last month. The group saw 132.1 fatalities for every 100,000 full-time equivalent workers; a stark contrast to the overall worker fatality rate across all industries of 3.4 deaths.

As Statista’s Mathias Brandt shows in the chart below, delivery and truck drivers came lower on the list, despite the fact that 887 people died on the job in 2020 alone – the highest absolute figure on the graph. This comes down to the fact there are so many people in this profession, pushing the proportional risk of harm lower. 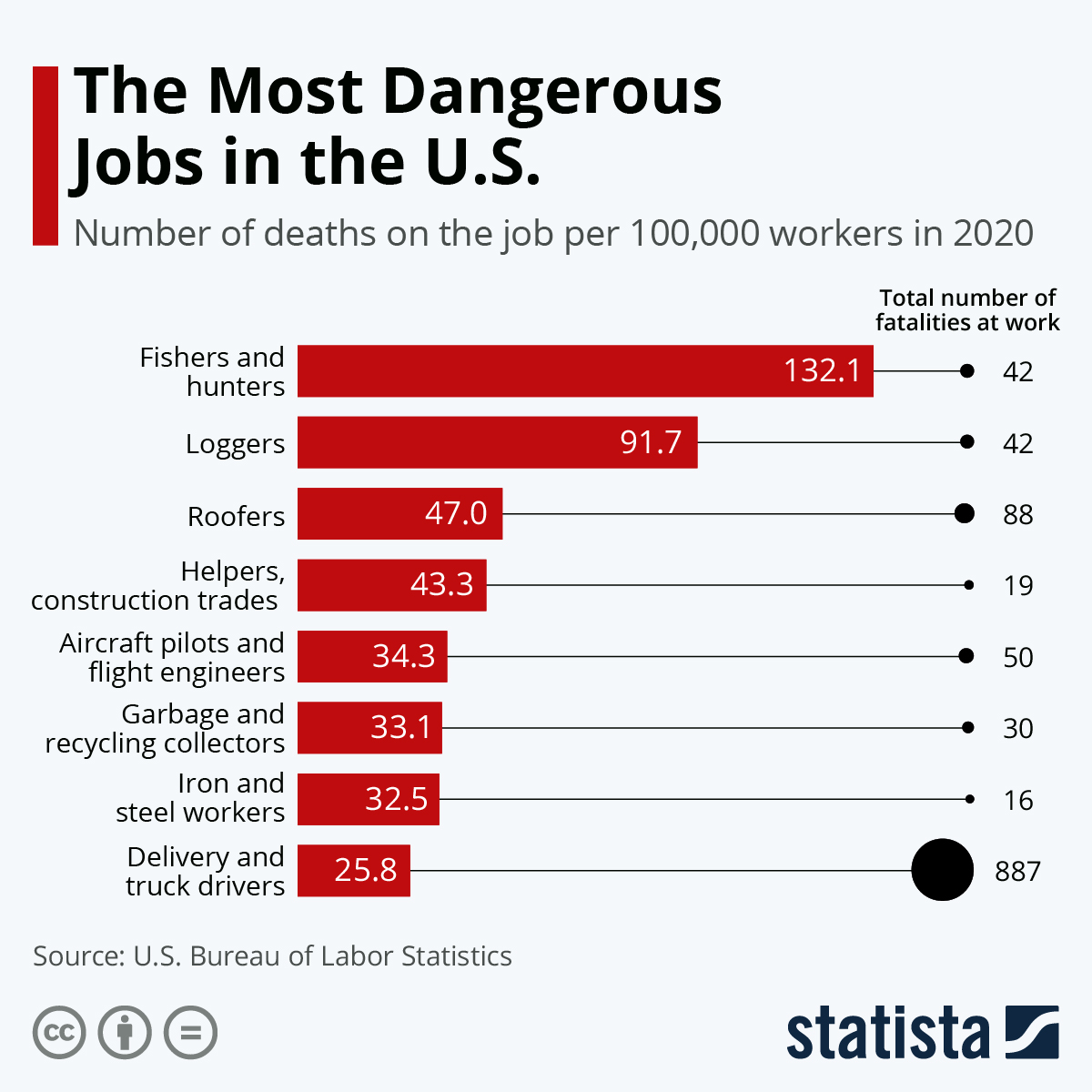 This figure represents the lowest rate of deaths since 2013.

As Liz Shuler, president of the AFL-CIO, the largest federation of U.S. unions, explains on CNBC, much of this change is credited to the coronavirus pandemic which “meant fewer people were in direct contact with preventable hazards, production priorities shifted and businesses were forced to do more prevention planning.”

Those who continued to work on site, and subsequently were at greater risk of injury, proved to be disproportionately Hispanic or Latino and Black workers, with 4.5 and 3.5 deaths respectively. Deaths of Hispanic or Latino workers have been on the rise in the past years.