The Most Unusual And Coolest Hobbies 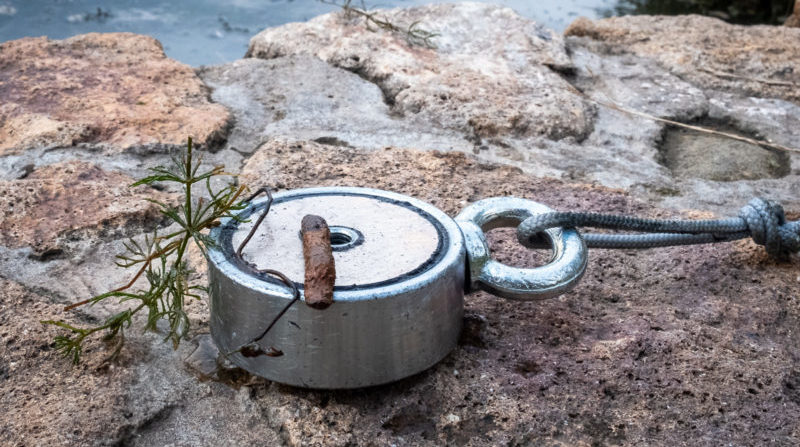 When people ask me what my hobbies are (a rare occurrence mostly occurring on awkward job interviews), I generally say reading and watching movies. That is the truth, but sometimes I wish I had a really cool hobby to tell someone about, or a hobby that did not involve sitting around and learning about fictional characters. Thinking about cool hobbies always brings to mind the seminal show The Wire, and the character of Lester Freamon, the wise detective who carved miniature furniture as a hobby. It seemed to calm him and distract him from his stressful job. Maybe that is what the best hobbies do – they take you out of your usual life and let you utilize a different part of your brain. So, what are some of the coolest and more unusual hobbies out there?

I did some digging into the recesses of the internet to find out.

Geocaching – Maybe you have heard of geocaching, but do not know exactly what it is, as was the case with me. Geocaching is basically where people use the GPS services on their phone or other devices to find containers hidden at specific locations around the world. It is an active, outdoor adventure hobby that is kind of like treasure hunting, but you do not get to keep the treasure. The “cache” is often hidden within a water-proof container, and is usually an item of little monetary value, such as a small toy or unusual currency. Often, whoever placed the item in the container, had some sort of sentimental attachment to the object. In addition to the “cache,” there is also a logbook where you can record your established code-name, and the date as proof you have found the cache. There is an official geocaching app you can download if you are interested in checking out this hobby.

Magnet Fishing – After my first and only fishing expedition last summer, I knew it was not a sport for me. When I could not find a way to release the fish I had caught from the hook he was on, and had to watch it suffer, I knew I was done with fishing forever. But metal fishing on the other hand, sounds very cool. Basically, you fish with a large magnet, and instead of fish, you can find some amazing items in lakes and other bodies of water. It is like metal detecting on the beach. Strange finds that have been reported include a gumball machine, bikes, and old firearms. You can “fish” out these huge items because most magnet fishers use a heavy duty neodymium magnet that has a pull force of 500 pounds.

Pen Pal Letters – Now, I know this is a bit old-fashioned, but considering most people cannot remember the last time they received a hand-written letter in the mail, this is an unusual hobby these days. I have kept all the letters and postcards I have received since the time I was a junior high-schooler. There is just something so sentimental about them. I like the hobby of pen pal letters because the idea of sharing details of your daily life with a stranger from across the world seems pretty cool to me. There are lots of websites and social media sites that can help connect you with a pen pal, including the Facebook page Worldwide Snail Mail Pen Pals, and the website PenPal World, which has over 2 million members. If a letter seems too long, what about exchanging postcards with strangers? At Postcrossing.com, you can send and receive postcards back from random people around the world. If you are up for a more intense experience, you can also exchange correspondence with inmates on death row at writeaprisoner.com.

Newsraiding – This is kind of like photo-bombing, but it is not accidental. A person who is a “newsraider” will consciously try to get featured on a live newscast. The goal is to appear as a random bystander in the background of news reports. I would assume you have to do a lot of planning and get lucky to be successful at this. If you are looking for your fifteen seconds of fame, this could be the hobby for you. It could also be perfect if you are looking for fifteen seconds of shame.