The Second Housing Bubble Of The 21st Century Is Over 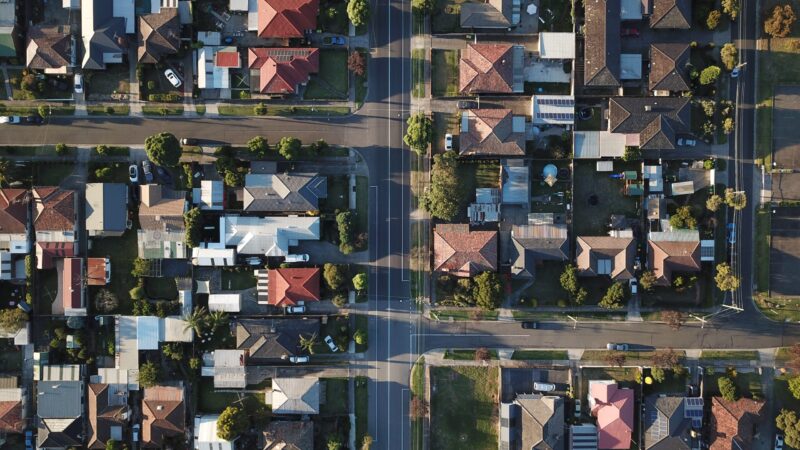 The 21st century, only 23 years old, has already had two giant, international housing bubbles. It makes one doubt that we are getting any smarter with experience.

This article was written by Alex J. Pollack and originally published by Mises.org.

Among the countries involved in the second bubble, both the U.S. and Canada fully participated in the newest rampant inflation of house prices. Prices this time reached levels far above those of the last boom peak. In the U.S., the S&P/Case-Shiller National House Price Index by mid-2022 had risen to 67% over its 2006 bubble peak (130% over its 2012 trough). In Canada, the Teranet-National Bank House Price Index had soared to 143% over its 2008 peak (168% over its 2009 trough). What the Federal Reserve and the Bank of Canada both wrought with their hyper-low interest rate policies, were house prices which would be unaffordable as soon as mortgage interest rates returned to more normal levels. For a number of years, one could ask: When would that ever happen? Now we know: in 2022.

How is it that we could find ourselves caught up in the problems of another housing bubble so soon? It is only ten years since 2012, the year house prices stopped falling in the U.S., and formed the trough of the painful bust which had followed the preceding bubble of 1999- 2006. Up to the point when house prices started falling across the U.S. last time, expert voices pronounced that U.S. house prices could fall on a regional basis, as they had numerous times, but that it was not possible for house prices to fall on a national basis in an economy so large and diversified. That theory could not have been more mistaken, and national average house prices fell 27%. In 2022, the theory is again being shown to be wrong, but how big the fall will be this time is not known or knowable.

We can take as a key ironic lesson that when large numbers of people believe house prices cannot fall, especially when they are emboldened by central bank behavior, it makes it more probable, and finally makes it certain, that the prices will ultimately fall. When they do, what had been built into everybody’s financial models as “HPA,” or “House Price Appreciation,” becomes instead “HPD”— “House Price Depreciation.” It would be better all along to refer to it as “HPC,” or “House Price Change,” thus reminding ourselves that prices of any asset can go both up and down, perhaps by a lot.

Ten years, it seems, is long enough to dim the memories that prices can move dramatically in both directions, even on a nationwide basis. A bubble market when extended for years makes a great many people happy, since they are making money and seem to be growing richer, and the higher their leverage, the faster they seem to be growing richer. As the great financial observer Walter Bagehot wrote 150 years ago, “the times of too high price” mean “almost everything will be believed for a little while.”

Then the reversal comes and different beliefs come to prevail. In just four months, from June to October 2022, U.S. median house prices dropped a remarkable 8.4%, with prices declining from their peak in all 60 of the largest metropolitan areas in the country. In October, sales of existing houses declined for the ninth month in a row, and were down 28% from a year earlier. Applications for a mortgage to buy a house were down 42% from the year before. Mortgage banks reported they were on average losing money on mortgage originations and many were laying off staff. The share price of 2021’s largest mortgage bank, Rocket Companies, was down 70% from its 2021 high. The CEO of the National Association of Home Builders stated, “We’re heading into a housing recession.”

In Canada, average house prices fell 7.7% from May to October, the largest five-month drop in the history of the Teranet index, which goes back to 1997. In Toronto, the country’s financial capital and a former star of rapid house price inflation, the May to October house price drop was a vertiginous 11.9%. Successive headlines in monthly Teranet-National Bank House Price Index announcements read: “Record price drop in August”; “Another record monthly decline in September”; “Another monthly decline in October.”

In spite of these rapid percentage rates of decline, house prices in both countries are still at very high levels. How much further can they fall from here? For the U.S., the Federal Reserve carefully stated in its latest Financial Stability Report, “With valuations at high levels, house prices could be particularly sensitive to shocks.” Coming to specifics, the AEI Housing Center predicts a 10%-15% nationalaverage fall in house prices during 2023. That would wipe out a lot of housing wealth that the bubble made people think they had, a reduction of perhaps $4 or $5 trillion of perceived wealth on top of the $3 trillion lost so far this year. It would put many houses bought near the top of the market, especially under government low- down payment programs, into no or negative owner’s equity.

For Canada, the Wall Street Journal suggested that its housing market is “particularly sensitive to monetary tightening,” and reported that Oxford Analytics “estimates that home prices in Canada could fall 30%.”

Recall that a price has no substantive reality: it is an intersection of human expectations, actions, hopes and fears. I like to ask audiences, “How much can the price of an asset change?” My proposed answer: “More than you think.”

Of course, nobody, including the Federal Reserve and the Bank of Canada, knows just where house prices will go, but we can all guess. Noted economist Gary Shilling wrote in November, “Price declines are just starting,” and “recent weakness probably has far to go.” This seems to me likely.

In any case, the second great housing bubble of this still young century is over and a new phase has begun.