The U.S. And China Account For Half Of The World’s Household Wealth 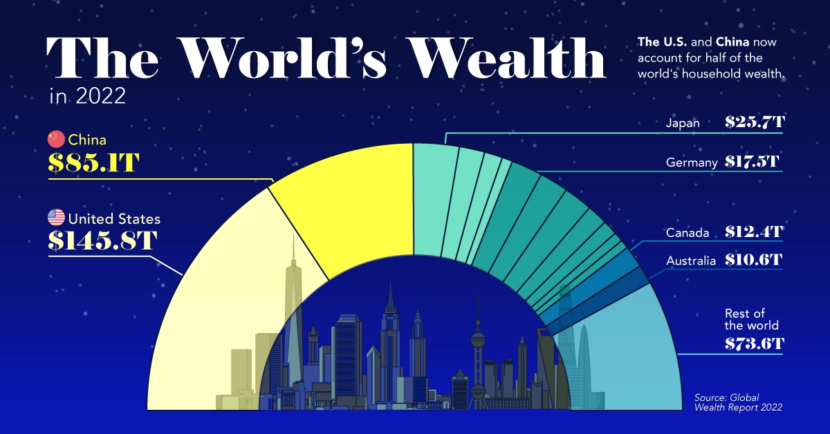 Measures like GDP are commonly used to understand the overall wealth and size of the economy. While looking at economic output on an annual basis is useful, there are other metrics to consider when evaluating the wealth of a nation. 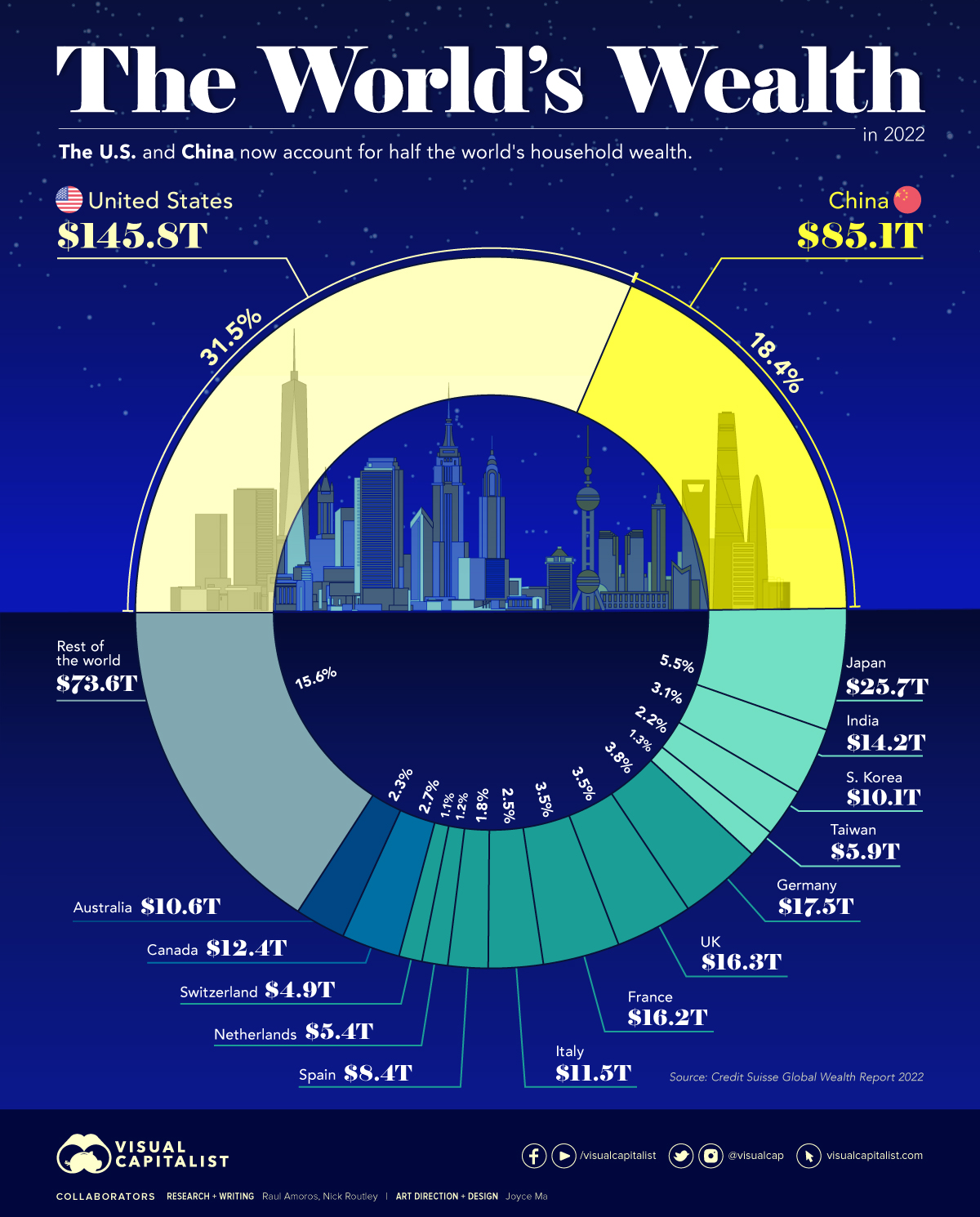 This visual utilizes data from Credit Suisse’s annual Global Wealth Report to break down the latest estimates for household wealth by country.

Here’s how the world’s $463 trillion in household wealth is distributed:

As the table above demonstrates, global household wealth is far from being distributed equally.

Much of global wealth is concentrated in the biggest economies, with households in China and the U.S. combining to make up half of all personal wealth in the world. This differs slightly from using GDP as a measure, where the U.S. and China make up 24% and 19% of the world economy in nominal terms, respectively.

One of the biggest changes in recent years is the rise of wealth in China. A decade ago, China’s citizens were estimated to hold just 9% of the world’s wealth. That figure has now more than doubled, while median wealth in the country has skyrocketed from $3,111 to $26,752 between 2000 and 2021.

A Regional Look at Household Wealth

From a regional standpoint, wealth is equally split three ways, between North America, Asia, and everywhere else. In just one decade, Europe’s share of household wealth dropped by eight percentage points, which is due, in part, to the economic momentum of China.

Surprisingly, the regions of Africa, South America, Oceania, and the Middle East combine only for about 11% of the world’s total household wealth.