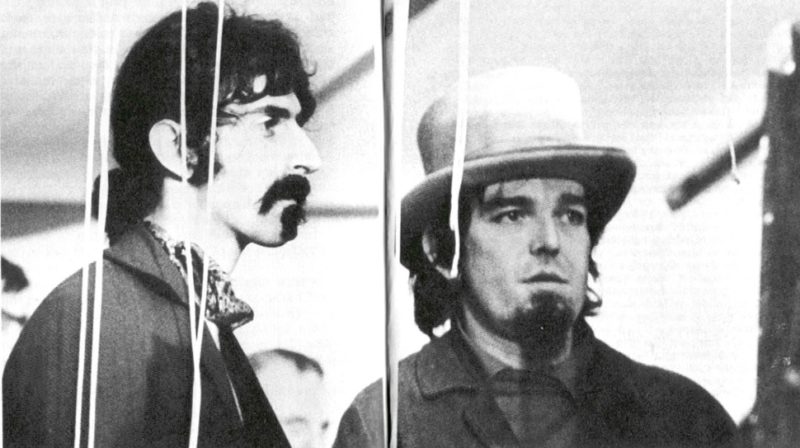 Courtesy Of Critics At Large

Captain Beefheart and his Magic Band’s “Trout Mask Replica” is widely considered by music critics to be one of the best albums of all time. The record mixes blues, beat poetry, avant-garde compositions, and plain old-fashioned rock ‘n’ roll for a sound that is absolutely original. What many people don’t realize, however, is that the groundbreaking album began life in a modest house in Woodland Hills.

Captain Beefheart was born Don Glen Vliet in Glendale, California in 1941. Beefheart showed an early talent for drawing and sculpting, and many of his instructors considered him a child prodigy. His interest in music began around his teenage years when the family moved to Lancaster, California. There, Beefheart and his high school pal Frank Zappa would hang out at each other’s houses, drink soda, and listen to records. Eventually Captain Beefheart relocated to Los Angeles, where he formed his own band, but found little commercial success.

Finally in 1968, Zappa offered him a recording deal on his Straight Records label with complete artistic freedom. Beefheart moved his band into his Woodland Hills home to prepare for the sessions. With no formal musical training, Captain Beefheart composed the entire album himself on piano, an instrument he had no experience playing. The parts were then transcribed by drummer John “Drumbo” French and assigned to each player.

Rehearsals for the album took place over the next eight months inside the house and were, by all accounts, exceedingly grueling. The band practiced for up to fourteen hours a day. Improvisation was not allowed, and sections were to be performed exactly as written, similar to classical compositions. The band had hardly any money and was forced to survive on welfare and handouts, eating little food and conserving most of their energy for playing. Beefheart exerted total control over his band, berating them into psychological submission. No one was allowed to leave, and many of the members would later describe the atmosphere as “cult-like.”

When it finally came time to record, Zappa wanted an “ethnic field recording” sound to the album and suggested it be recorded in Beefheart’s home. Some initial demos were cut at the house, but Captain Beefheart, suffering from schizophrenia, accused Zappa of trying to record the record cheaply, and insisted on using a proper studio. Time was booked at Whitney Studios in Glendale, and the well-rehearsed band recorded all of the music in a single eight-hour session. Vocals were overdubbed (sans headphones) during the following days and, just like that, the album was complete.

Though it sold poorly on initial release, “Trout Mask Replica” has become a venerated cult classic. Fans include “The Simpsons” creator Matt Groening and Red Hot Chili Peppers’ guitarist John Frasciante, and the album is regularly named as one of the 500 Greatest of All Time by Rolling Stone magazine. Captain Beefheart went on to a prolific recording and visual art career before his death in 2010. The house still stands today as a monument to finding creativity in unexpected places.

Adam Papagan is a historian, tour guide, and occasional consultant to The Valley Relics Museum. He is also host of the YouTube series “Rock and Roll Party!”.