There Is No Predictive Power In Current Yields Or Fed Projections 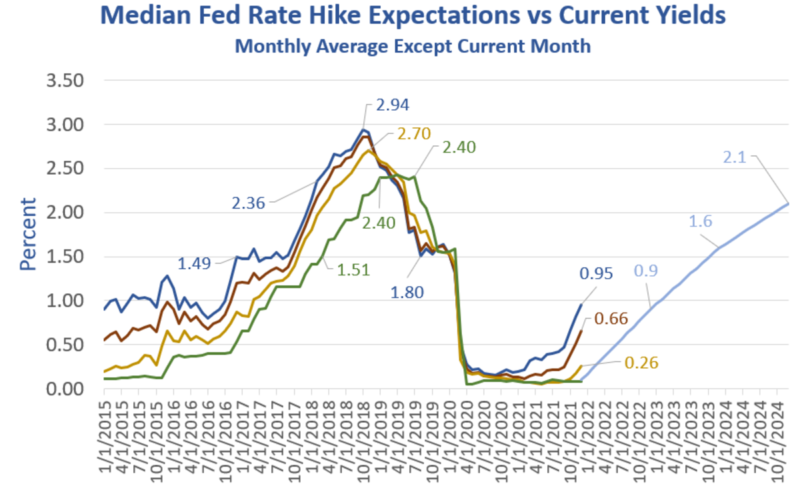 Unfortunately the data is annual and it only starts with 2021, looking ahead.

Past projections would be more than a bit humorous if Fred had the data.

The observation dates all say January, but they are really end-of-year projections. Since the data is annual, I used monthly averages which is a bit off as the Fed does not meet once a month.

I added the Factor column to the data download. It is the monthly average rate hike that gets to the Fed’s yearend projections.

Yields then crashed across the board. And this predated Covid-19 which did not hit until February-March of 2020.

The only predictive value in any of this was the inversion.

Analysis of Fed Dot Plots shows how totally clueless the Fed has been.

Take another look at the lead chart and the 2.94% monthly average yield on the 3-year note in October of 2018.

There was no predictive value in that rate. The yield only got that high because market participants were busy front-running Fed statements.

Amusingly, the Fed considers “forward guidance” a tool. It’s a tool alright, for front-running interest rate bets until they blow up.

The curious thing about all of this is the Fed actually believes and takes cues from the market while giving cues to the market with its own projections!