These Are The World’s Deadliest Peaks

The 14 highest mountain peaks in the world, also known as the eight-thousanders because they are all more than 8,000 meters above sea level, are all distributed in the mountain ranges of the Himalayas and Karakoram.

They are not only wonders of nature, but magnets for adventurers and extreme athletes. Mount Everest alone, as the highest mountain on earth, attracts hundreds of climbers every year who want to reach the summit.

With today’s equipment, climbing all eight-thousanders is no longer as difficult as it was at the beginning of the 20th century, but, as Statista’s Martin Armstrong details below, such an undertaking should not be taken lightly. As this infographic, inspired by a presentation by data analyst Ervin Vinzon shows, deaths on the eight-thousanders are not uncommon. 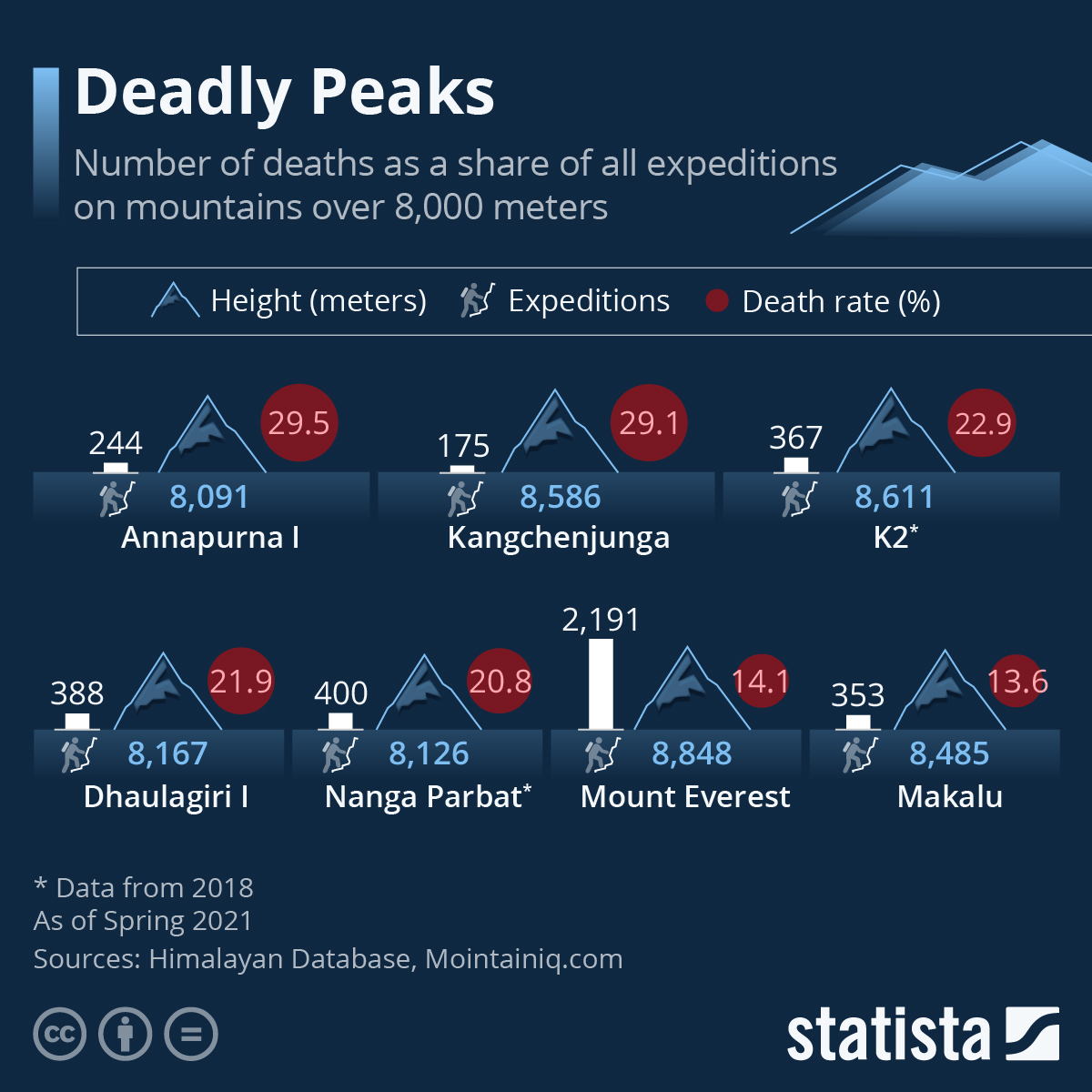 According to data from the Himalayan Database and Mountainiq.com, the 8,091-meter main peak of the Annapurna massif is the most dangerous of all mountains.

Since 1900, an estimated 244 expeditions have resulted in 72 deaths – that is, in nearly one in three ascents, one participant did not return. Not infrequently Sherpa, who earn their living with mountain tourism, are also affected. Similarly, the path to the top of the 8,586-meter-high Kangchenjunga is often without return (29.1 percent).

The mountain considered most dangerous among climbers because of its steep passages and constant avalanche danger is K2.

At 8,611 meters, it is the highest mountain in the Karakoram and the second highest of the eight-thousanders after Everest. Data from 2018 show that more than one in five expeditions suffered a fatality.

In absolute numbers, the most people died on Mount Everest, however, it is also the most frequently climbed eight-thousander with over 2,000 expeditions. The death rate on the Qomolangma, as the Tibetans call it, is about 14 percent.