This Ice Machine Is A Case Study In Neighborhood Decline 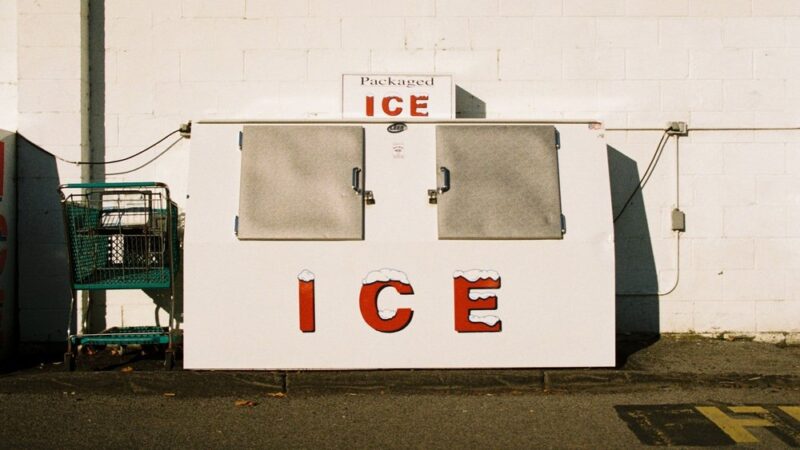 A street is a platform for building community wealth. A road is a transportation investment for moving vehicles at speed. In my hometown of Brainerd, Minnesota, we are confused over whether the main north-south corridor through town is best considered South 6th Street or whether it should be thought of as Business 371 (it goes by both names). We can’t decide whether we want to build a place of value or make a corridor people drive through quickly. As a result, the stroad we have created fails to achieve either objective, despite the ridiculous amount of money we have spent on it.

In my opinion, South 6th Street should be a street. We should be doing everything we can to make the property along the street more valuable. In the very early days of Strong Towns (2009), I wrote a multi-part series including this piece where I called South 6th Street “Brainerd’s Parkway,” a vision to shift the stroad to a street and make it a more attractive place for private investment. I even suggested that, “The next time this road is reconstructed, if you simply removed the third lane and narrowed the traffic lanes to 11-feet…”

Six years later, the city had the opportunity to do just that: to reconstruct the street. A debate ensued pitting our supposedly pro-business council members along with our Chamber of Commerce (who wanted Business 371 to remain a stroad with 12-foot lanes) against…well…nobody, except me and a few other lonely voices who wanted South 6th Street to become a parkway, that street the city desperately needs.

We even created a design concept, one that was publicly ridiculed by the mayor and chamber president at the time, that was millions of dollars cheaper—and far more beneficial for the city—than the stroad that was ultimately built.

This is all in the past, but what has happened since is instructive. Instead of experiencing business growth, instead of job creation, instead of seeing investors, developers, and others bid up the property values along this corridor, the opposite has happened. The corridor is now more devalued than ever, with bottom-feeding enterprises preying on a neighborhood in distress.

For example, a prominent business along this corner was a little drive-in ice cream establishment called Lou’s Dairy Way. To demonstrate how small of a town this is, Lou in this case was a man named Luzerne Mutsch, who was also my grandfather (my mother’s father). Lou’s Dairy Way was the kind of business built during the 1960’s auto expansion craze; you can picture a teenage girl on roller skates bringing ice cream to patrons parked under an awning in a row of Chevrolets.

Lou’s Dairy Way is long gone and, as with most urban neighborhoods retrofitted with suburban development, the site has struggled for decades to find a viable use. It’s cut off from the surrounding neighborhood and so all patrons must arrive by automobile, an all-in bet that hasn’t fared well as the auto-oriented energy has shifted to other parts of the region.

Now, after millions of dollars were invested to reconstruct South 6th Street, the value of the abutting Lou’s Dairy Way site has declined far enough that a viable use has finally emerged. This month, the Brainerd city council approved redevelopment of the site as an ice vending machine.

Did I mention that I live in Minnesota? The old adage of “selling ice to Eskimos” comes to mind. If an ice machine in Minnesota is your highest and best use of a property, then that’s a pretty worthless piece of property.

An ice vending machine employs nobody; there are no local jobs associated with this investment. It provides no tax base to speak of; it’s literally a vending machine and a parking lot. It creates no value for adjacent properties or the surrounding neighborhood; the discussion at the planning commission was about how to defensively shield the neighborhood from such a negative use.

And the benefit of the project accrues to investors outside the community. This merely sucks what little remains of the cash flow that might be spent at a local business out of the city (there is a franchise gas station across the street that also sells ice).

An ice vending machine on this property is a transaction of decline. It’s predatory, the kind of investment that happens in a place nearing rock bottom. As one planning commission member described it rather fatalistically, “That’s capitalism.” As someone who loves this city, this feels gross.

Let’s be clear on what has happened here. Prior city councils, at the urging of our local business community, turned our main north-south street into a stroad. Despite the immense amount invested in auto mobility, it moves traffic poorly, with speeds high enough to create danger for everyone yet not fast enough to get anywhere quickly. The city has privileged the driver passing through over the person or business making a go of it in the neighborhood, but neither experience any real benefit from such modest mobility options.

South 6th Street should be a street, not a stroad. As a street, we should always prioritize being in the neighborhood over getting through the neighborhood. That means much slower speeds; narrower lanes; more space for biking and walking; a greater emphasis on cross traffic; zoning standards that deemphasize parking lots and highway-scaled signage, and instead focus on building styles that respect (and add value to) adjacent properties; local ownership; neighborhood-scale businesses; and much, much more.

Unfortunately, we’re closer to rock bottom than we are to a Strong Towns approach, yet we need only look up the street to see the kind of value that can be created for the community with a shifting of emphasis. The map below is dated now (Urban3 put it together for me back in 2014), but it shows a pattern that is even more true today than it was back then. The core downtown of Brainerd—the historic, walkable neighborhood build on a framework of street—is the most financially productive part of the entire region. It has the highest tax base for the comparably least public expenditure, and despite the horrible design of South 6th Street, its financial productivity continues to grow.

In comparison, the highway strip in neighboring Baxter severely underperforms, with far greater costs for less value per acre. And this is peak Baxter, when the big box stores, gas stations, and franchise restaurants are all relatively new and the ongoing maintenance costs have not yet come to bear. Like all places built in this style, Baxter is a dead man walking, the insolvent math of their development pattern a functional reality that now cannot be avoided.

Brainerd, however, has a chance to avoid this fate, as can many cities with a core downtown surrounded by traditional neighborhoods. These places must, once again, become a place people want to live in (and not merely drive through).

We shouldn’t be asking ourselves how to screen a declining neighborhood from an ice vending machine, resigning ourselves to being slightly less victimized by some fatalistic version of capitalist economics. Instead, we should be obsessed with making this neighborhood—and all our neighborhoods—great places to be in, places where the people living there can share a positive, optimistic view of the future and not merely a defensive wish to put off decline for a little while longer.

The Strong Towns Approach is rooted in the economics of place, the real math that impacts our community’s day-to-day capacity and strength. If you are wondering where to get started in your community, look into the Strong Towns 4-Step Approach to making capital investments, the quickest way to turn a neighborhood around, especially in struggling places with limited resources.