This Is A Financial Revolution 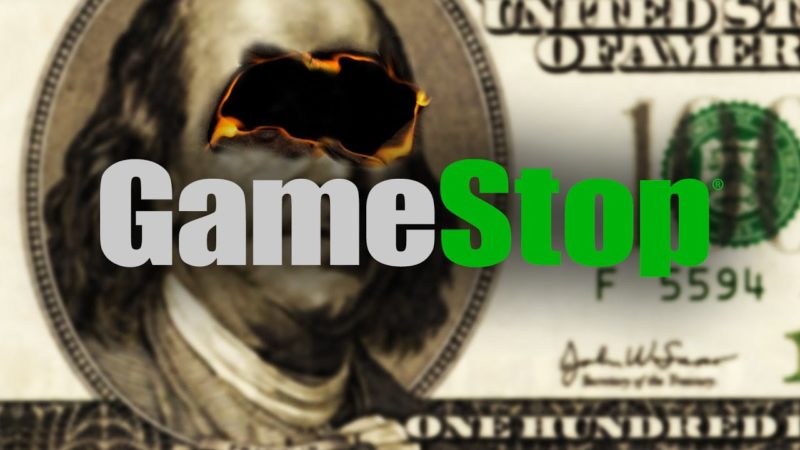 The decline was sudden, and vicious. Within minutes, more than $1 trillion of market capitalization had vanished, with the Dow Jones Industrial Average losing nearly 10% of its value.

This event became known as the ‘Flash Crash’. And early explanations pointed to the big investment banks and their high-tech trading algorithms, i.e. software that could buy and sell stocks without human involvement.

This article was written by Simon Black of the Sovereign Man.

When the market started its decline that day, banks’ trading algorithms went haywire and started selling everything. This caused the market to decline even further, which triggered the algorithms to sell even more.

The humans were powerless to stop it. There were stories of panicked tech teams at investment banks frantically ripping cables out of the floor trying to shut down the machines.

But the selling went on for 36 minutes… during which time the banks and big funds racked up enormous losses.

For me, however, the Flash Crash was great. I was ‘short’ the stock market at the time, meaning I had bet that the market would decline.

And when the market dropped by more than 1,000 points, I happily cashed in.

But two days later I received an email from my broker explaining that they were CANCELING my trade.

The poor little investment banks had lost money because their fancy algorithms didn’t work. So the exchange was giving them a ‘do over’ at my expense.

Incredible. It hadn’t even been two years at that point since the banks had to be bailed out at taxpayer expense during the Global Financial Crisis of 2008.

Then, 20 months later, the Flash Crash happened. And the banks were simply able to wipe all their losses away.

The lesson is obvious: when we screw up, we pay the price for our mistakes. But when the banks screw up, the whole financial system comes to their rescue.

Plenty of people have made this realization over the years.

If you’ve been following the news, you are probably aware that there are a few stocks right now– most notably GameStop (GME), that have soared to incredible heights in a matter of days, thanks to a zealous group of individual investors on reddit and TikTok.

These aren’t titans of finance; they’re a bunch of little guys, many of whom are also frustrated by the rigged financial system.

A bit of background– GameStop is a company that sells video games. And, for years, almost all of their sales have been from their 5500+ stores around the world.

Today, most users download video games online directly from the publishers, or they stream games from Google, Amazon, Apple, or Steam. Going into a store and buying a DVD is a thing of the past, and GameStop’s sales have suffered as a result of this trend.

A handful of hedge funds have been betting that GameStop will go out of business soon, or at least that the stock price will continue to decline.

So these funds shorted the stock in a huge (and dubious) way, selling more shares of the company than were actually in existence.

And a number of small investors saw these questionable short positions and said, ‘Enough is enough. We’re tired of hedge funds exploiting the market.’ So they’ve banded together and bid up the price of GameStop’s stock to absolutely epic levels.

GME’s stock price is up from $17 earlier this month, $347 at yesterday’s close, all from these small investors.

And as a result, the hedge funds who shorted GameStop have extreme losses.

Individual investors are angry; comments on the subreddit r/wallstreetbets really sum this up:

“Hedge Funds have literally taken lives through their greed. It’s time for some long overdue taste of their own medicine.”

“[Hedge funds: ] This is personal for me, and millions of others. . . I’m making this as painful as I can for you.”

“There is and has been a ruling class whose sole purpose is to retain power. They gaslight us into thinking they know what is best for us. 1% knows better than 99%. This is not [about] stocks, this is a financial revolution. . .”

And they’re right. Small investors have been fleeced for years. It’s infuriating. People are angry.

And as we saw over and over again throughout 2020, when people become angry enough, they band together, often in loosely organized mobs, and take action.

Oftentimes that action is destructive (or self-destructive), and even irrational.

We watched people burn buildings in the name of combating discrimination, others descend upon the US Capitol, others destroy people’s lives via Twitter, and yet others assaulting their fellow citizens who weren’t wearing masks.

That’s human nature: we do strange things when we’re angry. But it makes us feel better.

GameStop is similar. The business loses tons of money, lost half of its equity last year, and has a net asset value of just $690 million. Yet at yesterday’s close the company was worth $20+ billion.

GameStop is a completely irrational investment. And sure enough, the price has been hammered this morning after the brokerage app RobinHood suspended GME trading.

But as the reddit users say, it’s not about the money. It’s personal. It’s emotional. They’re knowingly engaging in destructive (and self-destructive) behavior. They’re OK losing money– because they’re angry.

The obvious theme here is that people are seriously angry. And it’s not going away. It’s building.

Personally I think a better strategy is to borrow from the 1983 movie War Games: “The only winning move is not to play.”

We have an incredible amount of options at our disposal. Just like I wrote recently about divorcing oneself from Big Tech, no one has to use gmail; you don’t have to play Google’s game.

Similarly, we have plenty of options when it comes to our investments.

If you think the stock market is rigged, you don’t have to play. Consider alternative investments instead– gold, real estate, private companies, crypto, etc. It may be more productive to NOT play the game rather than take huge risks to fight the system.

Either way, expect the anger to continue building. (Just imagine the fury if inflation starts to rise…)

And this is reason enough to have a Plan B.