This Month In Sports History: April 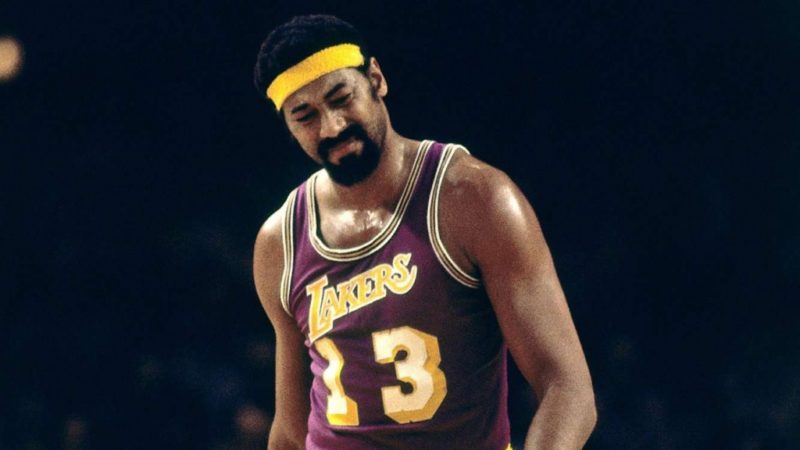 In 1967, Philadelphia 76ers center Wilt Chamberlain grabbed an NBA playoff record 41 rebounds in a 115-104 win over the Boston Celtics in the NBA Eastern Division Finals. In the contest, Chamberlain also contributed 20 points and 9 assists to help the 76ers take a 3-0 lead in the series. The 76ers went on to win the series and advanced to the NBA Finals. In the 1967 NBA Finals, the 76ers faced off against the San Francisco Warriors and won the series 4-2. During the series, Chamberlain averaged 17.7 points, 28.5 rebounds, and 6.8 assists. The championship marked the second in 76ers franchise history and the first title for Chamberlain. Chamberlain’s other accolades include 7x NBA Scoring Champion, 11x NBA Rebounding champion, 4x NBA MVP, 2x NBA champion, and 13x NBA All-Star. Chamberlain was inducted in the Naismith Memorial Basketball Hall of Fame in 1979 and his no. 13 is retired by the Golden State Warriors, Philadelphia 76ers, and Los Angeles Lakers.

This article was written by Andrew D. Bernstein and Veronica An on the Legend Of Sport website.

On this day in 1987, Sugar Ray Leonard defeated Marvelous Marvin Hagler in the Middleweight World Boxing Championship bout in Paradise, Nevada. Hagler was the favorite in the matchup, but Leonard won the close contest. Ultimately, Leonard’s superior speed and boxing skills gave him the edge. In the fight, Leonard threw 629 punches and landed 306, while Hagler threw 792 and landed 291. Leonards defense and ring generalship helped him win the split decision. Judge Dave Moretti scored 115–113 for Leonard, while judge Lou Filippo had it 115–113 for Hagler. Judge José Guerra scored the fight 118–110 for Leonard. One of the greatest boxers of all time, Leonard was a world titleholder in five weight divisions and had a professional record of 36 wins (25 by knockout), 3 losses, and 1 draw. In his amateur career, Leonard won 145-150 bouts and secured two National Golden Glove championships (1973, 1974), two Amateur Athletic Union championships (1974, 1975), a gold medal at the 1975 Pan American Games, and a gold medal at the 1976 Montreal Olympics. The legendary boxer was inducted into the International Boxing Hall of Fame in 1997, the same year he retired from professional boxing.

On April 10, 1947, one of the most monumental events in sports history and in American history took place – Brooklyn Dodgers executive Branch Rickey broke the color barrier in Major League Baseball, signing Jackie Robinson to a major league contract. Five days later, Robinson made his debut as the first black Major League Baseball player to enter a 20th-century major league game. Robinson had previously been a standout at the University of California Los Angeles (UCLA) and was the first to win varsity letters in four sports: baseball, basketball, football, and track and field. He was forced to leave UCLA due to financial difficulties and eventually enlisted in the army. After his days in the army, Robinson made a name for himself in the Negro Leagues and then in the minor leagues, before the groundbreaking day of April 10, 1947, would come.

During Robinson’s 1947 rookie season, he won the first-ever MLB Rookie of the Year award. He led the NL in stolen bases with 29 while collecting 175 hits, 125 runs, and 12 home runs, batting .297. He helped lead the 1947 Dodgers to the World Series, but they came up short against the New York Yankees in seven games. Nonetheless, Robinson epitomized extraordinary courage and restraint during his rookie year in his dealings with all of the prejudice and discrimination that he faced – paving the way for essentially every other notable black major league athlete to eventually follow suit. Robinson would continue his remarkable career with the Dodgers, winning the National League MVP in 1949, a World Series title in 1955, and earning a Hall of Fame induction in 1962.

After Robinson passed away, he was recognized as a Presidential Medal of Freedom recipient. Since 1997, Robinson’s uniform number with the Dodgers, 42, has been retired collectively throughout the entire MLB. In 2004, the league established the annual April 15 Jackie Robinson Day in commemoration of Robinson’s Dodger debut. As of 2009, every single player, manager, and coach throughout the MLB traditionally wears the No. 42 on Jackie Robinson day. After all of the brutal prejudice and discrimination that Robinson had to endure back in 1947, he is today universally considered one of the most inspiring sports heroes and Americans in history.

On April 11, 1998, Michael Jordan dished out his 5,000th career regular-season assist. The Jordan-led Chicago Bulls defeated the Orlando Magic, 87-78. Jordan is known as one of the greatest scorers to ever pick up a basketball. He won a record 10 NBA scoring titles throughout his career and holds the all-time greatest career NBA regular season and playoff point per game averages. But it shouldn’t be forgotten that he was a stellar facilitator as well. In the clinching Game 6 of the 1997 NBA Finals, Jordan responded to the way the defense was playing him and dished out a pass to the open Steve Kerr – who knocked down the crucial go-ahead basket, seconds before the Bulls officially clinched their fifth championship of the decade. The 1991 NBA Finals marked Jordan’s first of an eventual six titles and record six Finals MVPs. He became the first player in NBA Finals history to average over 30 points and 10 assists. So, while he was one of the absolute most skilled, sensational, and unstoppable scoring machines ever seen, he was also a very adept passer, as well as an extraordinarily tenacious defensive ace.

Jordan and the Bulls’ 1997-98 championship season is known as the “Last Dance,” and one that a recently released documentary series with that title highlighted. In 1997-98, Jordan would for the second time in his storybook career, win the MVP, the All-Star Game MVP, and the Finals MVP all in one season (something he had also achieved in 1995-96). Willis Reed and Shaquille O’Neal are the only other NBA greats ever to have achieved this remarkable feat even once. Jordan, like usual, led the league in scoring during the 1997-98 regular season and 1998 championship playoff run. Jordan’s final game in a Bulls uniform, Game 6 of the 1998 NBA Finals, would end in thrilling fashion – with Jordan getting a clutch steal followed by him seconds later, knocking down one of the most iconic game-winning shots of all-time. This clinched Jordan and the Bulls their sixth and final championship of the decade, and in a rematch against the Utah Jazz squad that the Bulls had defeated the year prior.

Michael Jordan, the man, the myth, and the legend, is unquestionably one of the most influential athletes in human history and one of the most influential icons of our time. The sports world has seen very few self-driven competitors as cutthroat as Jordan. Aside from having had what many consider to be the greatest all-time NBA playing career, he has also proven to be an extraordinarily shrewd businessman. Jordan eventually became a billionaire, the first professional athlete ever to eventually be so. His “Air Jordan” sneaker brand cosmically spearheaded a cultural shift in the athletic shoe branding industry, as it became and still is, one of our cultures most contemporary shoe brands. 2009 was the year that Jordan was inducted into the Naismith Memorial Basketball Hall of Fame as a player and 2016 was the year that he was awarded the Presidential Medal of Freedom. Jordan, one of the world’s most successful businessmen, is the current controlling owner of today’s Charlotte Hornets NBA franchise.