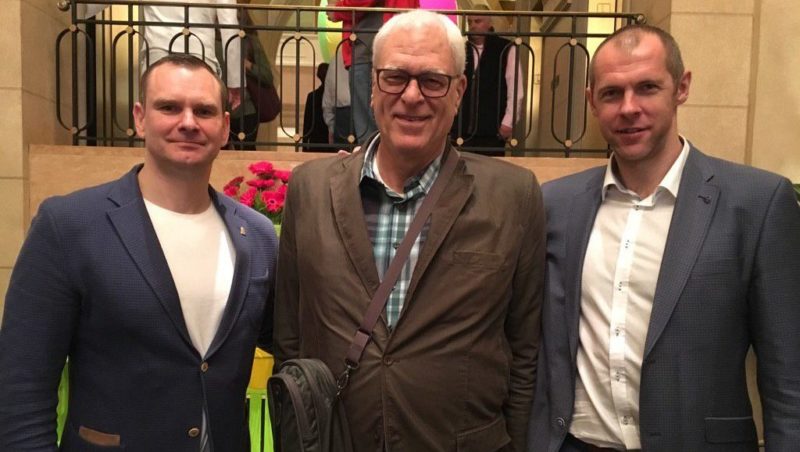 On December 9, 1984, LA Rams legend Eric Dickerson broke OJ Simpson’s single-season rushing record of 2,003 yards with a 215-yard performance against the Houston Oilers. Dickerson would finish the season with 2,105 yards. Dickerson was one of the greatest running backs of all time, finishing his career with five first-team All-Pro selections and leading the NFL in rushing yards four times. He was inducted into the Pro Football Hall of Fame in 1999.

On December 12, 1996, the Florida Marlins signed former outfielder Moises Alou from the Montreal Expos as part of an offseason where they went for it all—and won the World Series in 1997. During the 1997 season, Alou led the Marlins in batting average, home runs, and RBI, earning an All-Star selection and a 10th place finish in MVP voting. Alou helped lead the Marlins to a wild card berth, and once in the playoffs, they made an unbelievable run en route to winning the World Series to become the first wild card team to win the World Series. After the season, Alou, along with many of the other top players on the Marlins they signed in the previous offseason, were traded away.

In 1988 the Seattle Seahawks won their first-ever division title with a 9-7 record, after a disappointing loss to the New York Jets they ended second in the AFC West. The franchise has come a long way since then. The team won three NFC conference championships in 2006, 2014, and 2015. The Seahawks entered the 2013-14 season at 17-2 odds to win the Super Bowl. The Seahawks put up a dominant performance in Super Bowl XLVIII, defeating the Denver Broncos 43-8. Seahawks linebacker Malcolm Smith, who returned an interception 69 yards for a touchdown, recovered a fumble, and made nine tackles, was named Super Bowl MVP.

On December 23, 1997, legendary coach Phil Jackson won his 500th game and became the fastest NBA coach to reach this milestone, in 682 games. Jackson is considered one of the best coaches of all time, holding a record for most NBA championships by a head coach with 11 – 6 with the Chicago Bulls and Michael Jordan, and 5 with the Los Angeles Lakers and Shaq and Kobe. Jackson was a no-doubt Hall of Famer, inducted in 2007 as a coach, and has the highest winning percentage of any Hall of Fame coach, with a winning percentage over .500 every season he coached.

In 1981, Edmonton Oilers player Wayne Gretzky became the fastest NHL player to score 100 career points. He reached the milestone in just 38 games. Gretzky nicknamed “The Great One” led an unparalleled 20-year career in the NHL. He was never the biggest, strongest, or fastest, but his intelligence and feel for the game were unmatched. Gretzky was great at dodging checks and consistently anticipated where the puck was going to be. He executed plays with perfection and his favorite area to set up was behind the opponent’s net, an area nicknamed “Gretzky’s office.” Gretzky currently maintains 60 official records in the NHL even though he retired in 1999. In the regular season, Gretzky’s records include most career regular-season goals (894), assists (1,963), points (2,857), and hat-tricks (50). In the playoffs, he holds records for most goals (122), assists (260), points (382), hat-tricks (10), and game-winning goals (24).  Gretzky has won four Stanley Cup rings with the Oilers, and he was inducted into the Hockey Hall of Fame in 1999.

This article was written by Andrew D. Bernstein and originally published on Legends Of Sport.