This Month In Sports History: January 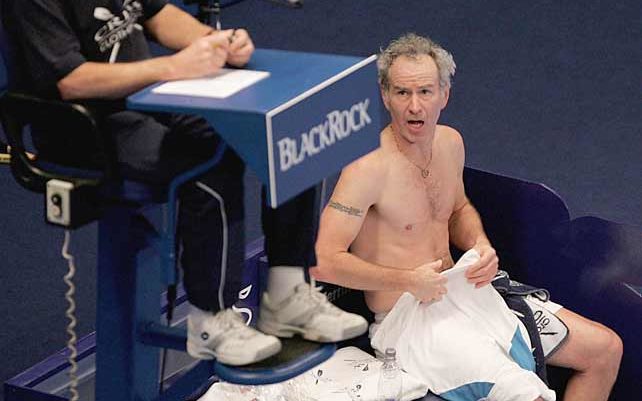 Image Courtesy Of Censorship in America.WordPress.com

On this day in 1982, the San Diego Chargers defeated the Miami Dolphins 41-38 in overtime in the AFC Divisional Playoff Game, the game set numerous playoff scoring records and is known as “The Epic in Miami.” It is often recalled to be one of the greatest games in NFL history. The Chargers held a commanding 24-0 lead at the end of the first quarter; however, the Dolphins gained some much-needed momentum and cut the lead to 24-17 at halftime. Early in the third quarter, Dolphins quarterback Don Strock led the Dolphins 74 yards down the field and finished the drive with a 15-yard touchdown pass to Joe Rose, tying the game at 24. Chargers quarterback Dan Fouts regained the lead with a 25-yard touchdown pass to Kellen Winslow. The game went back and forth and headed into overtime with the teams tied 38-38. In overtime, both teams were unsuccessful in their first field goal attempts. Chargers kicker Benirschke’s second opportunity was good from 29 yards. The Chargers won 41-38.

On January 21, 1990, John McEnroe became the first tennis player to be disqualified from a Grand Slam tournament for misconduct since 1963, in the fourth round of the Australian Open. McEnroe was disqualified due to the newly enacted three-step rule towards disqualification, which goes first a warning, then a point penalty, then a default, rather than the four-step rule that existed the year before — warning, point penalty, game penalty, default. McEnroe earned a warning when he stopped in front of a lineswoman and glared at her because he believed she made a questionable call, giving him a conduct code violation for unsportsmanlike conduct. Later on, he missed a shot he thought he should have made, and slammed his racket on the ground, cracking the head, and he received another violation for racket abuse. After being called for this, he began to swear at the chair umpire, calling for the chief of supervisors to come, and after a profanity-filled conversation, he was given a third and final violation, disqualifying him from the tournament. While McEnroe was known for his fiery temper throughout his career, this was the only time he was DQ’d from a Grand Slam event.

On January 24, 1990, Los Angeles Lakers coach Pat Riley became the 13th coach in NBA history to reach 500 wins, passing Don Nelson’s 817 easily, reaching 500 wins after 684 games. Riley finished his career with an incredible 1,210 wins, which is good for fifth place in NBA history, behind legendary coaches like Nelson, Jerry Sloan, and Gregg Popovich. Riley is one of the most well-respected coaches and executives of all-time, leading his teams to five championships as a coach and three as an executive. He was named NBA Coach of the Year three times and Executive of the Year once and was named one of the top 10 Coaches in NBA History.

On January 26, 1986, the Chicago Bears — led by head coach Mike Ditka, a legendary defense headed by Richard Dent, and an incredible running game with Walter Payton — won Super Bowl XX. The 1985 season was the Bears’ most successful season to date since the NFL-AFL merger, not just in that they won their first and only Super Bowl, but they also finished the season at an incredible 15-1. The Bears’ defense, the “46 defense”, allowed the fewest points (198), fewest total yards (4,135), and the fewest rushing of any team during the regular season (1,319), also leading the league in interceptions (34) and ranked third in sacks (64). Payton also had a typical season for him, recording 2,034 all-purpose yards and 11 touchdowns. After giving up the first score to the New England Patriots on a field goal, the Bears scored an incredible 44 straight points to go up 44-3 before giving up a touchdown to the Patriots, then earned a safety for the final score of 46-10. Payton actually only had 61 rushing yards on 22 carries and no touchdowns, but fullback Matt Suhey added one TD, as did William “the refrigerator” Perry, while quarterback Jim McMahon added two rushing touchdowns. Defensive End Richard Dent blocked a pass, recorded 1.5 sacks, and forced two fumbles to be named Super Bowl MVP.

On January 30, 1996, in his first game since the 1991 NBA Finals, Magic Johnson led the Lakers to a win against the Golden State Warriors, recording 19 points, eight rebounds, and 10 assists. He would go on to play 32 games that season, starting in nine of them, averaging 14.6 points, 5.7 rebounds, and 6.9 assists per game in just 29.9 minutes per game, the lowest minutes per game in his career. Magic would retire for good after the season, ending the legendary career of one of the greatest point guards in NBA history.

This article was published by Legends Of Sport.