This Month In Sports History: March 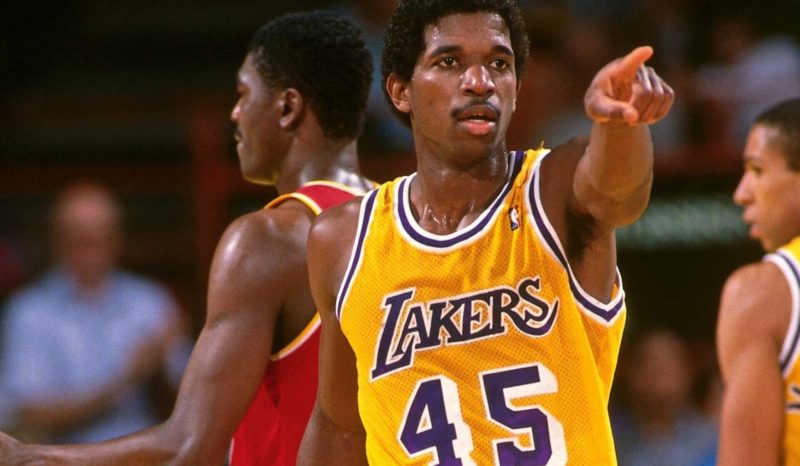 A.C. Green tallied 707 consecutive games played during a 1995 Phoenix Suns vs. Seattle SuperSonics game. Green, nicknamed “Iron Man,” currently holds the record for most consecutive NBA games at 1,192. During his second NBA season, Green only missed 2 games out of a 1,278-game season. Green was selected by the Los Angeles Lakers in the 1985 NBA draft and was the first rookie since LeRoy Ellis (1962-63) to appear in every game during his rookie season. Green played for the Los Angeles Lakers, Phoenix Suns, Dallas Mavericks, and Miami Heat between 1985-2001. He is a three-time NBA Champion (1987, 1988, 2000) and was named to the NBA All-Star team in 1990. Green finished his career with 12,331 points, 9,473 rebounds, and 1,033 steals.

In 1992, Chick Hearn, the voice of the Los Angeles Lakers, called his 2,500th consecutive game. Hearn was on a 27-year streak that started in November 1965. His broadcasting streak would last an astounding 3,338 games until 2000 when a flight delay forced him to miss a game. Hearn spent a total of 42 years with the Lakers and was the first sportscaster elected to the Naismith Memorial Basketball Hall of Fame in 2003 and also the recipient of the National Sportscaster of the Year in 1959, 1965, 1987. A statue of Hearn behind a Lakers sports desk sits in front of the Staples Center main entrance and he has a star on the Hollywood Walk of Fame at 6755 Hollywood Blvd.

In 1982, Wayne Gretzky scored two goals in less than 30 seconds. This quick scoring feat pushed him past the 200-point mark, making him the youngest player (21 years old) to score more than 200 points in a single season. He accomplished this feat four times during his career. Gretzky would finish his third NHL season with a total of 212 points. Gretzky, nicknamed “The Great One,” leads the league in assists and total points. When he retired from professional hockey in 1999, Gretzky held 61 NHL records: 40 regular-season records, 15 playoff records, and 6 All-Star records. The NHL retired his no. 99 jersey throughout the entire league and he was inducted into the Hockey Hall of Fame in 1999. He is one of only 6 players voted to be a member of the International Ice Hockey Federation’s (IIHF) Centennial All-Star Team. In addition to his NHL career, Gretzky won a gold medal with the Canadian team in the 2002 Winter Olympics.

In 1952, George Mikan set a then-record by recording 47 points during a Minneapolis Lakers playoffs game against the Rochester Royals. The Lakers lost 88-78 during Game 1 of the 1952 Western Division Finals. Mikan is credited as one of the pioneers of modern basketball by bringing big men (he was 6’10”) to the professional arena. He played for three basketball leagues – the National Basketball League (NBL), the Basketball Association of America (BAA), and the National Basketball Association (NBA). He was known for his rebounding skills, shot-blocking, ambidextrous hook shot, and underhanded free-throw. Mikan won seven championships (NBL, BAA, and NBA) and an NBA All-Star MVP award in 1948. He played one year with the NBL’s Chicago American Gears before the team folded. He was transferred to the Minneapolis Lakers in 1947. The team switched to the BAA and then became an NBA team when the leagues merged in 1949. After his professional playing career, he became the commissioner for the American Basketball Association (ABA) from 1967-69. He is remembered as one of professional basketball’s original centers. He retired with 11,764 points (22.6 ppg) and an average of 13.4 rebounds and 2.8 assists in 520 NBL, BAA, and NBA games.