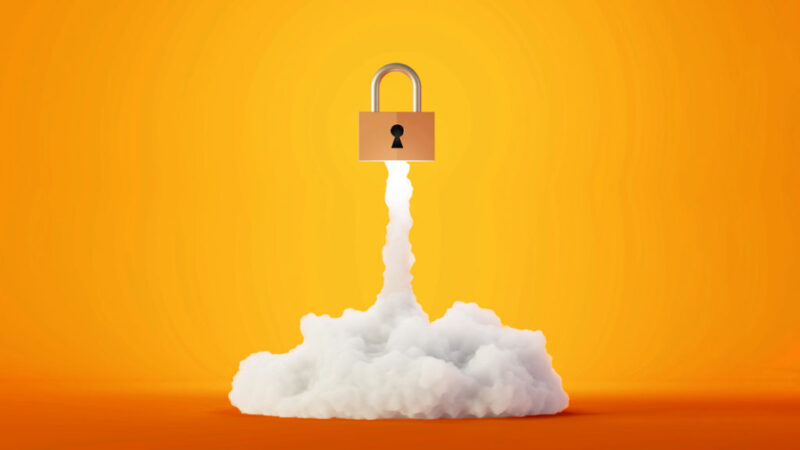 Over the last 18 months, the Treasury has aggressively converted short-term debt to longer-term debt. This can be seen in the chart below with the turquoise bars being negative.

When rates were low, this intuitively made sense, especially as the Fed telegraphed its plan to start raising rates. Lock in low rates for longer. Then the Treasury stopped in June, right after the Fed moved rates up above 1%. Again, this makes sense. Why lock in long-term debt at higher rates when the Fed will undoubtedly bring rates back down?

In September, the Treasury extended the maturity of the debt again with $80B in short-term Bills falling off to be replaced by a mix of other maturities. This occurred despite the overall debt shrinking by $7B. But why?

Why would the Treasury lock in higher rates for longer? Yes, the yield curve is flat, so the cost is about the same, but the current average rate on Notes (the largest part of the debt outstanding) is 1.58%. It was 1.4% six months ago. Why would they want to bring this number up? The Treasury is either:

None of the scenarios give a taxpayer much confidence. Considering how strategic the Treasury has been in handling its debt over the last several years, the most plausible answer is #3. However, given the data below, this is probably the most frightening. The debt has now gone above $31T, but that did not happen until the first day in October when the Treasury added $200B in a single day. This data is not shown below which is through September. The $1.3T in new debt added since January 1st is actually $1.5T as of today. Despite the long maturity of the debt, the weighted average interest on the debt continues to climb rapidly, moving up 8bps in the last month alone from 1.64% to 1.72%. The Treasury did everything it could while rates were low to protect itself from rising rates, but the current debt burden is too large and the Fed is moving far too quickly to slow the explosive move in interest cost.

Again, the strategic move would probably be to keep debt in short-term instruments which are easily digested by the market and at slightly lower rates (6 months and below). When the Fed inevitably pivots, they can then begin exchanging short-term for long-term again.

The Treasury must know the Fed pivot will come, otherwise, their debt load becomes completely unsustainable!

The chart below shows the increase in interest cost so far, but it also calculates the impact on interest cost if the Fed sticks to its current plan. The chart models out interest rates at 4.4% by year-end, reaching 5% in March and then slowly coming back down in 2025.

The impact of higher rates is already taking its toll, but it gets significantly worse in the months ahead. The chart below estimates interest in excess of $750B by December next year.

Please note: for simplicity, it assumes the same (conservative) level of interest rate for all securities. It also only looks at Marketable debt. To verify the calculation above, the chart below overlays the actual Federal budget interest cost through August (black line) with the annualized estimate in Marketable debt by security type. This will include other interest charges beyond Marketable debt such as the newly popular I-Bonds, which is doling out interest above 9%!

In short, the estimate above that gets to $750B by next year is an underestimate due to the interest now being paid on Non-Marketable debt. Thus, the chart below suggests the actual number could close in on $1T. This would be devastating for the Treasury, especially if the rates were locked in for longer! They should be adding to short-term debt so that when rates come back down, this chart comes down quickly. Speaking of I-Bonds, their popularity has skyrocketed in recent months!

Note: I Bonds fall under Non-Marketable debt but are held by the public The reason annualized interest is going to surge so much is due to debt that needs to roll over in the months ahead. The chart below shows how much debt is rolling over (~$1T per month). Much of this is short-term debt, hence the steep drop-off, but each time the Fed raises rates, the impact on the Treasury is nearly immediate.

This is why the Treasury spent so much time extending the maturity. But that game has been played and the Fed, by its own admission, is closer to the end of its rate hiking cycle than the beginning. Therefore, a strategic move by the Treasury would be to roll into short-term debt which costs the same as long-term debt, and then refinance in a year or two after the Fed brings rates back down. The next debacle coming will be the debt ceiling debate. This will prevent the Treasury from adding much new debt in the months ahead, but the rollover will do all that is needed to keep interest costs moving up. The Treasury is clearly prepared for another debt ceiling showdown as seen in the cash balance. This will be more than enough to get the Treasury past the election under the current ceiling. While total debt now approaches $31T, not all of it poses a risk to the Treasury. There is $7T+ of Non-Marketable securities which are debt instruments that cannot be resold and the government typically owes itself (e.g., Social Security). Unfortunately, the reprieve offered by Non-Marketable securities has been fully used up. Pre-financial crisis, non-marketable debt was more than 50% of the total. That number has fallen to 23.5%. In recent months, the Treasury has increased issuance of Non-Marketable but it’s not enough to make up the ground it has lost. As shown above, recent years have seen a lot of changes to the structure of the debt. Even though the Treasury has extended the maturity of the debt, it no longer benefits from the free debt in Non-Marketable securities. Furthermore, the debt is so large that even though short-term debt has shrunk as a % of the total, it is still a massive aggregate number ($3.6T).

The Fed is also trying and (failing to do QT), which removes another avenue of cheap financing. All interest paid to the Fed goes right back to the Treasury (wouldn’t that be a nice deal)! It can take time to digest all the data above. Below are some main takeaways:

The massive surge in interest costs is the clearest reminder that Powell must have a fast inflation fight. He cannot keep rates elevated for long or the Treasury could enter a debt spiral. Rates will have to come back down soon. Even with the extended maturity of the debt, there is simply too much of it to withstand higher rates for long.

It’s just very strange to see the Treasury continuing to extend the maturity of the debt at higher rates. This strategy made a ton of sense over the last 18 months before rates shot up. But now, the higher rates should be causing the opposite behavior. Time will tell why the Treasury is pursuing the current course of action, but it doesn’t make immediate sense. The public explanation would be that Yellen believes Powell in his commitment to bringing inflation back down and thinks rates will be higher for longer, thus locking in lower rates now. But the math above shows that is simply impossible.

Regardless, the debt spiral has begun. This is why the Fed needs to get rates back down as soon as possible. They have an extremely short runway before the Treasury is completely overrun by interest costs. The fate of the dollar and the credibility of the US government is at stake. One or both could fall in short order. Gold and silver will be the best hedge against either, or possibly both scenarios. Powell can talk tough, but the math says he is bluffing.