Trying To Find A Winner In PS5 VS. Xbox Series X/S 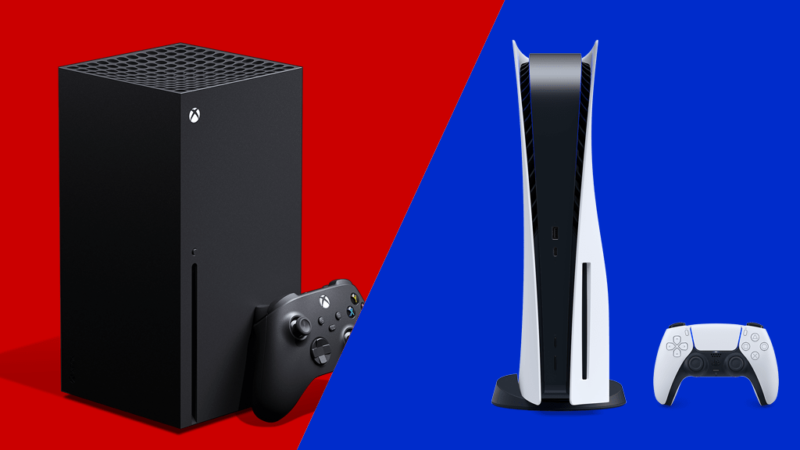 The lead-up to the launch of the next generation of video game consoles has been uncharacteristically shrouded in secrecy. With release dates, pre-order options, and even prices not announced until just a few weeks ago, fans are still trying to decide which console is truly going to be the best for them. But instead of interior specs, there are a few other variables that might make the decision a little easier.

For years “PlayStation vs. Xbox” has been an argument between gamers who are sure their own console is superior. With the impending launch of the PS5 & the Xbox Series X & Series S, this debate is only going to intensify even more. As someone on the fence between consoles, it can be maddening trying to split hairs and decide which should be the new console for your home. To that end, it’s probably better to avoid trying to go inside and determine which console has the better CPU, bandwidth, and processor. Instead you should focus on the things that are going to make up how you enjoy your console in daily use. Buying either of these next-gen consoles at launch will likely also require buying a brand new TV if your plan is to enjoy the highest possible clarity to its full potential.

Focus on a few outside factors that may help make your decision easier:

Cost:
Edge – Xbox Series X/S
In a smart move, both developers will be offering budget consoles that are digital-only. The all-digital PS5 will be $399 while the all-digital Xbox Series S will be $299. If you were to tell a gamer ten years ago that they would be able to buy a brand new, next-gen console in 2020 for $300, they may not have believed you as they lined up to pay more than that for PS3s, PS4s, and Xboxes.

Exclusive Games:
Slight Edge – Xbox Series X/S
Before buying either console, sit down and check out a list of some upcoming titles for both systems. You’re going to spend quite a bit of money on games for these (more on that in a second) so it’s important that you have a good idea of what games each console will have that you will actually want to play. PlayStation has built its name on the back of strong exclusive titles over the years like God of War, Infamous, Uncharted, The Last of Us, and many more while Xbox’s big ace-in-the-hole, Halo: Infinite, has been pushed from a launch in November to an early 2021 release. Yet, it’s Microsoft’s purchase of video game titan Bethesda that may push it over the edge here too. Titles like Fallout and Elder Scrolls may begin to become Xbox exclusives in the years to come, which would give Xbox a massive edge with gamers who are loyal to the publisher and its titles.

Compatibility:
Edge – Xbox Series X/S
The current generation of consoles is seven years old, meaning gamers have hundreds of games, thousands of hours, and more media saved on their consoles from years of loyal use. So far in the rollout for the next-gen, Xbox has been very clear in their goal to make playing and sharing gameplay easier than ever. You can play old games on the new console, use old Xbox controllers, and transfer old game data over to your new Xbox. The PS5 has been way more secretive about just how much users will be able to transfer over from their PS4s. While games will be playable on the new console, they have yet to answer how and if achievements & trophies will transfer over or if gamers will be able to view media purchased through the PS Store. This vague response has alienated more than a few gamers.

Game Pass:
Are you a gamer who absolutely has to play every major title that comes out? Then save yourself time and buy the Xbox. Microsoft is doubling down on streaming by expanding their Game Pass service. Picture a Netflix but for games that includes every title available as it’s released. Instead of buying new games for $70 each, a $10 or $15 per month subscription will put endless titles at your beck and call.

If you’re loyal to either company for a reason, then you may already have your mind made up about which console you’ll be getting. But if you’re interested in getting into games with the new generation or you’ve been thinking about making a switch, knowing what you’re looking for will help you make a decision quicker, so you can be home playing games instead of standing in the store trying to choose.