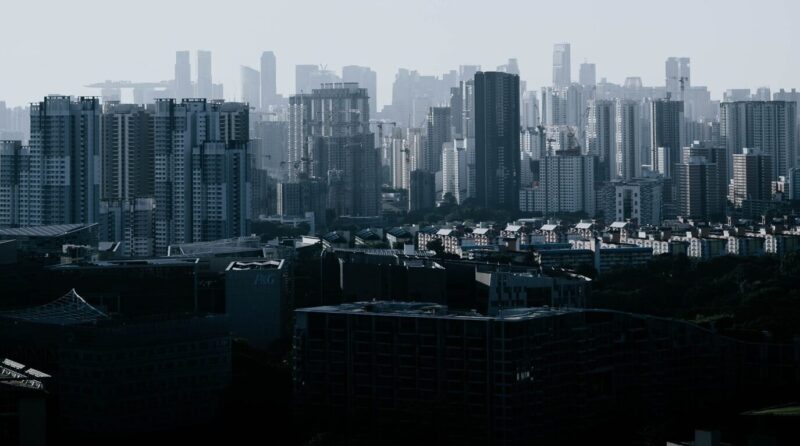 Image Courtesy Of CHUTTERSNAP On Unsplash

This article was written by Scott Beyer and originally published by Market Urbanism Report.

U.S. cities are full of problems that their political establishments won’t solve due to public choice failings. They have home shortages thanks to land regulations captured by NIMBY interests. Their transportation gridlock is from an unwillingness to leverage market pricing and competition. They have financial struggles due to special interests—from labor unions to infrastructure lobbies—that run up debt. Don’t even begin to talk about whether they can leverage cutting-edge technology like blockchain.

Despite this, cities remain powerful engines of economic growth. But their political inefficiencies are so entrenched as to seem insurmountable, hindering them from providing opportunities to the average citizen.

Is there a better way? It’s tough to say: the debate about ideal political systems has lasted for millennia, and the best way to work through that debate is for people of varying interests to form diverse communities that fit their needs. Unfortunately, such competition does not exist in the U.S. As different as parts of the country are, municipal governance has been standardized by state and federal intervention.

One experiment that would shake things up is the various private models of city administration that allow alternate legal structures and autonomy from surrounding jurisdictions. These range from charter cities to startup cities to Free Private Cities to special economic zones (SEZ).

None of them are as far-fetched as they sound; private governance models are in fact commonplace worldwide. Here, I will outline the case for why they are worth pursuing in the U.S., what examples of semi-private control exist now, and further opportunities. For the sake of brevity, I will use SEZ as a catchall to describe the model.

The Case For Private Cities

The reason SEZs hold such fascination to me is that they are a path towards Market Urbanism (aka the operation of cities on free-market principles).

For me, Market Urbanism has always had a “pragmatic” and a “theoretical” side. The pragmatic version consists of minor, incremental reforms that are not fully libertarian, but politically-realistic enough to be adopted in cities today. I write about these reforms all the time for Catalyst, ranging from loosening zoning to ending parking minimums.

But the aforementioned public choice flaws make these reforms difficult. The very notion of people who work in government loosening their power and deregulating society is unlikely, which creates disillusionment among reformers.

Those interested in implementing a true Market Urbanist vision—the “theoretical” side—might instead circumnavigate current systems by building their own cities carte blanche. This would be done in the physical sense by assembling land and financing infrastructure; and legally by writing charters that ensure limited governance. Even better, it could be done through an SEZ model that grants some mainland U.S. territory full autonomy from state and federal governments. While the territory could still trade with the U.S., it would not be subject to U.S. taxes and regulations, instead contracting with the U.S. on some services (such as military).

According to a newly-released map from the Adrianople Group, there are 5,000 SEZs in 70 counties. They tend to be outside Western society, and get zero mainstream coverage in the U.S. (granted, the U.S. does have several hundred SEZs that are called “Foreign Trade Zones”, but they are mostly industrial parks rather than cities).

Yet there are good reasons why America may be a strong location for such an SEZ city experiment. One reason is America’s legal framework—the country is 20th in economic freedom, and has a stable overall legal arrangement and commitment to personal liberty. This matters, because one fear about SEZs is that if they become too successful, they will get overtaken by the host country (just look at Hong Kong for reference).

Whether you call them private cities, charter cities, startup cities or special economic zones, they would be a great experiment for the United States.

The U.S. is also a wealthy country, ranking tenth in per-capita GDP, meaning it is the type of place where an in-house tax haven would have appeal. With a 5 million unit home shortage, there is clear demand for places to live in the U.S., and if a territory is providing high-quality housing in a good location, people will flock there even if they don’t have any ideological commitments to the idea behind the city.

The other thing that gives the U.S. an advantage is that it already has private governance. 53% of American owner-occupied households live in one of the 370,000 homeowner’s associations (HOAs), which operate with their own rules on development and other neighborhood functions. These organizations have their faults—often being more restrictive than city governments—but this nevertheless speaks to demand for privatization.

These HOAs are often formed within special districts, which exist in all 50 states and sometimes enable the private city model, wherein corporate developers plan and build neighborhoods. Reston, VA is a longstanding example of a private city, and has been voted the 29th-best American city to live in. Other examples include Celebration, FL, Irvine, CA and Buckeye, AZ.

But the most interesting example of private city development comes from Texas, whose Municipal Utility Districts offer a great deal of freedom to developers. These districts are established by private developers who float bonds and use revenue from home sales to pay them off. As I wrote earlier this year, while MUDs “still must follow county and state rules … they inch in the privatized direction: The developer can plan the city (counties in Texas don’t have zoning power), set tax rates and otherwise run things as they wish. This helps MUDs adapt to market forces and population demands in a way that traditional U.S. cities haven’t.”

Pursuing more MUD-type developments in more places might prove promising. But a more radical step would be just to legalize SEZs.

By radical, I mean not that it would be hard from a planning or engineering perspective; but that there is currently no legal path to this. To build an SEZ that is more than just a Foreign Trade Zone, an organization would need intense lobbying and marketing, and then federal approval to run an autonomous city within the U.S.

On its face this seems unlikely. Mark Lutter, executive director of the Charter Cities Institute, is skeptical of the potential for American private city experiments due to bureaucracy.

“You’re just not gonna create any political traction” if private cities are viewed as tax sanctuaries for the wealthy, he said.

Thibault Serlet, co-founder of Adrianople Group, added that resistance can even be global; the World Trade Organization has taken action against countries with tax policies it views as too lax. He also warned that collective action issues, such as climate change, can be difficult to address with a private city framework.

But SEZs’ benefits are clear enough that they are worth trying. Even if a small U.S. city gained, say, exemption from state and federal taxes (which for high earners can exceed half their income) that tax haven would likely attract a flood of people and companies. Rather than cannibalizing from the U.S., the growth would spill over into the surrounding jurisdiction (as Hong Kong did with Shenzhen).

Even if SEZs never happen in the U.S., aspiring private city developers can, depending on the state, do a lot of experimentation with special districts. Adherents of Market Urbanism or other liberty-based ideologies who want to start their own societies have ample legal room with which to work.