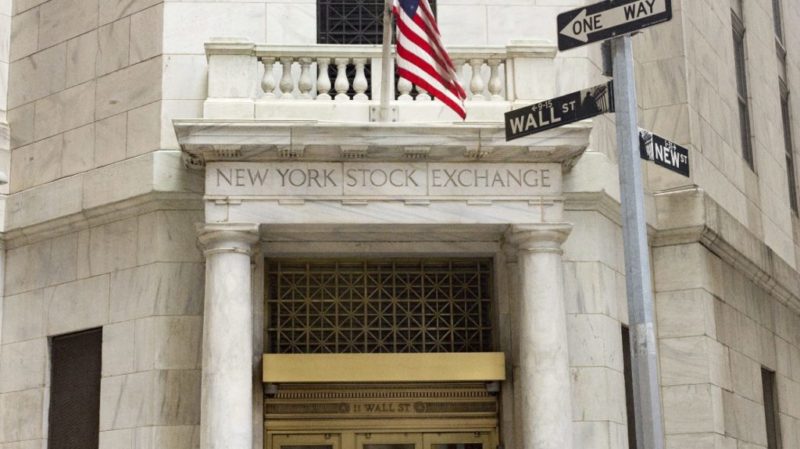 “The tale of GameStop has much more to say about the current state of investing.”

The central idea in the classic Mel Brooks comedy “The Producers” is that unscrupulous Broadway impresarios could succeed fabulously by creating a play so uniquely awful that it would close on its first day.  Their idea was to oversubscribe shares to investors, to the point where hundreds of percentages of ownership could be claimed. But if the show failed spectacularly, there would be no proceeds to fight over, all the investors would accept that their shares were worthless, and no one would know that they had been conned. The producers could pocket the excess money. The only way they could fail would be by producing a hit.

This article was written by Peter Schiff of Schiff Gold.com.

To guarantee that failure the fictitious Producers imagined the (still hilarious) musical “Springtime for Hitler.” In an eerie example of life imitating art, the new producers on Wall Street have given us Gamestop and AMC Entertainment. These two companies (among others) have such irrefutably dismal prospects that they have produced windfalls for their boosters. Is this supposed to be a comedy? I’m not sure.

The rationale behind the meteoric rise of Gamestop, a chain of videogame stores, and AMC, one of the nation’s largest cinema operators, is too unlikely to be believed. In just one month both stocks had risen by more than 600%. Typically, such dramatic movements only happen when previously unloved companies release dramatic earnings surprises on the upside, causing analysts to completely reverse their past pessimism.

Did that happen here? On the contrary, the prospects of both stocks are as bleak as ever. Analysts agree on that. The video game rental industry is being doomed by the same forces that gutted Blockbuster Video 15 years ago. The need for brick-and-mortar stores that rent discs no longer exists. Gamestop has no plan to survive, and they are left with lots of real estate leases that nobody needs. The same holds true, to a lesser extent, for AMC. Covid has completely decimated movie theaters in the present and has likely hastened their decline in the future. While the movie-going experience may re-emerge after the pandemic in a boutique version of its current self, no one believes that its glory days will return now that consumers are so accustomed to streaming blockbusters on their home theaters.

Instead, both companies have been rewarded for their own certain failures. It’s true. I’m not making this up.

Given the weak prospects for both companies, many hedge funds had loaded up on “short positions” that would gain in value if the share prices fell. Hedge funds are the bastion of what’s known on Wall Street as “the smart money.” These funds, which are open to wealthy “accredited investors,” are permitted to take more risks, load up on more leverage, and employ more complex strategies than mutual funds open to small investors. Typically, hedge funds employ only the best and brightest analysts, and the most sophisticated technology to deliver superior returns to the mega-wealthy. To these very smart people, predicting the demise of GameStop and AMC was like predicting that the sun will rise in the east. Their models showed them the stocks were overvalued even at already depressed prices. So, the vultures descended, looking to pick clean the carcasses by betting that shares would decline further.

To establish “short positions” the funds need to borrow shares from other shareholders and then sell those shares to buyers who think the low price means they are getting a bargain. In recent years, as these trades have become increasingly popular (because the demise of the companies became so certain), investors used increasing degrees of leverage. In many circumstances, the same shares have been borrowed multiple times, making it increasingly more difficult for borrowers to buy shares to repay their loans and close out their short positions.

As is the case so often on Wall Street, the smart money wasn’t all that smart. Someone smarter noticed an opportunity and acted on it.  As it turns out, all those highly leveraged short positions laid around like tinder on the floor of a dry forest. A modest spark could set it all aflame.

Savvy investors started buying and took to social media (such as Twitter or Reddit) to convince other investors to do the same. When big names such as Elon Musk became involved, the buying accelerated. But then the danger really came into focus. As the prices rose, the hedge funds were forced to buy shares to close out their contracts. This buying put more upward pressure on the share prices, which forced more hedge funds to buy shares to close positions, which forced more buying. In other words, it created a chain reaction that went on far longer than the risk models indicated it could. This has caused the share prices to absolutely explode. The ugly ducklings became the darlings of Wall Street.

Eventually, when all the short positions have been closed out, the trade will run out of steam and the prices will fall. This will cause huge losses for those who were foolish enough to pile into an overcrowded trade with lots of leverage, and huge gains for those able to ride the wave up, and most importantly, to get out before the fever breaks, which it certainly will.

The key difference is that “Springtime for Hitler” ultimately succeeded (dooming the Producers) because audiences came to enjoy the show as a farce not a real musical. But there will be no comic value in holding plunging shares of GameStop. So, when the music stops playing, there will likely be no saving grace for those who don’t get out while the getting is good.

The spectacle should provide some key lessons for those of us who are just enjoying the show. The cautionary tale you are most likely to hear in the media is simply another warning about the danger of leverage. That is certainly true. Investors should not overly rely on borrowed funds to invest in risky assets. Already market regulators are looking for new rules that would limit the number of short positions that could be held relative to the size of a target company. But the tale of GameStop has much more to say about the current state of investing.

Ever since the “dotcom” craze of the late 1990s, investors have become more and more comfortable piling into assets with no real value. Rising prices themselves have been all the proof needed to convince many that a particular asset has value. We have become all too susceptible to the idea that old methods have been replaced and that new technology, or new financial engineering, means that earnings and valuations don’t matter.

Even after the dotcoms collapsed in the early 2000s, the financial industry employed the same rationale to explain away real estate prices that were untethered from reality. They succeeded beyond any reasonable expectations. More recently, the tendency can be seen in cryptocurrencies, which have seen their market prices launch into the stratosphere, even while they have demonstrated no underlying use or value. In each instance, analysts devised reasons why the old models no longer apply, and that price increases were proof that the naysayers were wrong.

The same can also be seen in the currency market. As the United States prepares to print gargantuan amounts of money, no one seems to be questioning that the process has the potential to destroy the value of the dollar. Everyone simply assumes that the dollar will maintain its value because it always has. No one cares about the fundamentals. But that doesn’t mean that they aren’t there.

While Gamestop’s wild ride is destined to come to a fast end, the same forces will be playing out more slowly in the broader US market. Investors should get their parachutes in order.