US Consumer Debt Spiked In February 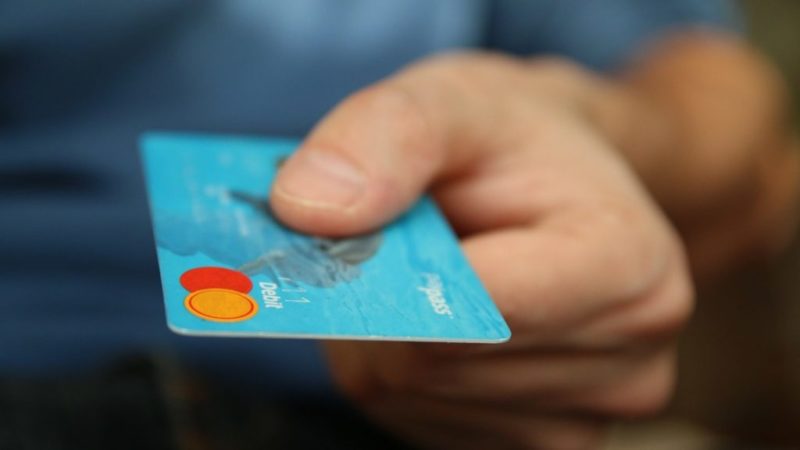 Apparently, those stimulus checks weren’t enough. American consumers pulled out their credit cards and ran up big balances in February.

This article was originally published on Schiff Gold.com.

According to the latest numbers from the Federal Reserve, consumer debt unexpectedly spiked in February, growing at an annual rate of 7.9%. Economists had expected a small uptick in consumer debt after a flat January, but the sudden surge in credit card spending came as a surprise.

American consumers have piled up over $4.21 trillion in debt. This is slightly higher than the record $4.20 trillion in consumer debt as of February 2020 as the coronavirus pandemic began to grip the world.

The $27.6 billion increase in consumer debt in February was the biggest jump since November 2017.

The Fed consumer debt figures include credit card debt, student loans and auto loans, but do not factor in mortgage debt.

Through the pandemic, Americans, by and large, kept their credit cards in their wallets and paid down balances. This is typical consumer behavior during an economic downturn. Credit card balances were over $1 trillion when the pandemic began. Some pundits take renewed consumer borrowing and spending as a sign the economy is recovering. But Peter Schiff had a different take.

It looks like consumers are running low on stimulus money. As a result, they’re now spending money the old-fashioned way, they’re borrowing it.”

In other words, the sudden explosion in credit card spending could reveal consumer stress, not consumer confidence.

Even as credit card debt dropped during the pandemic, non-revolving credit, primarily auto loans and student loans, continued to expand through last year. The pace accelerated in February, with non-revolving debt growing by 7.3%. This compares with a 3.3% increase in January.

This is exactly what the central bankers at the Federal Reserve want to see – borrowing and spending. Fed Governor Lael Brainard spun the “strong” consumer credit numbers as good news.

We are seeing the kinds of financial conditions broadly that are very consistent with supporting the flow of credit to businesses and to households.”

But building an economy on debt isn’t sustainable and this entire “recovery” is predicated on consumers spending stimulus money borrowed and handed out by the federal government or running up their own personal debt.

Digging into the numbers reveals some more disturbing trends that the Brainards of the world would prefer not to think about.

Loans valued at $2 trillion entered forbearance during the pandemic. As of the end of Q1 2021, over 60 million Americans had skipped $70 billion in debt payments owed. At some point, they will be forced to pay the piper.

Meanwhile, 1-in-10 subprime auto loan borrowers are 60 days or more late on payments. That’s the highest number on record.

There are also signs of trouble in the housing market.  Subprime mortgage delinquencies remain at record high levels. And the full extent of the problem is masked by forbearance programs.

In the investment world, margin lending has surged. As of late February, investors had borrowed a record $814 billion against their portfolios, according to data from the Financial Industry Regulatory. Margin lending is at the fastest annual clip since 2007 and it’s up 49% from the previous year.

In an interview with Barron’s David Rosenberg, chief economist at Rosenberg Research, warned that the debt isn’t sustainable, saying “everything we’re seeing is temporary.” He projects a slowdown in economic growth by the fourth quarter.

‘Everybody’s focused on the reopening party,’ Rosenberg told Barron’s. ‘My mind goes back to the Fed not being able to raise rates because of leverage,’ he says, referring to corporate debt and the Fed’s inability to lift interest rates above 2.5% during its last tightening cycle, only to immediately follow with rate cuts leading up to the pandemic. ‘And now that leverage is on steroids.’”