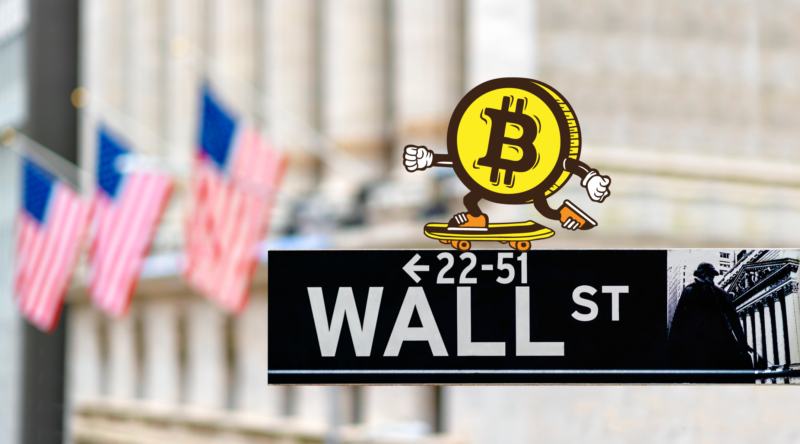 There is bipartisan resistance in Congress to Bitcoin ETFs in addition to major skepticism by the SEC.

In the wake of yet another 40% plunge in Bitcoin, Wall Street Struggles for Congressional Support.

Major financial industry players including Fidelity Investments and Anthony Scaramucci’s SkyBridge Capital are pressing the Securities and Exchange Commission to approve their plans to launch funds on public stock markets that would let small investors tap into the rise of Bitcoin prices.

“Our country needs to take a deeper dive on how to deal with cryptocurrency before any regulations are put in,” Sen. Elizabeth Warren (D-Mass.), a member of the Banking Committee, said in an interview. “The wild swings of crypto prices sound an alarm that every regulator hears.”

The SEC has long taken a skeptical view of the funds, going as far as rejecting earlier proposals by the Winklevoss twins — of Facebook fame — because of worries that the agency could not guarantee safeguards against fraud and manipulation.

JPMorgan Chase CEO Jamie Dimon said in House testimony Thursday that his company — the nation’s largest bank — was debating how to make it available in a safe way. But Dimon’s personal advice? “Stay away from it.”

Be Careful of What You Wish

Bitcoin and crypto advocates are clamoring for Bitcoin ETF approval. I suspect it would be net negative for price.

Q: Net negative for price? Why?
A: Regulation

Approval for Bitcoin will come with regulation and lots of it.

There will be regulation to stop money laundering. Congress may kill tether. Congress might increase taxes on crypto transaction.

In addition, the masses are unlikely to be staunch HODLers and if not, that could increase volatility.

On one side there will be easier access. But the downside is highly likely to be strict enforcement of money laundering and a ban on Tether.

That is a possible outcome. And if government ever felt threatened by cryptos that would happen.

Tax hikes on profits, strict money laundering rules, and mining taxes, are more likely. So is a ban on Tether.

Is Bitcoin Dependent on a $60 Billion Tether Accounting Fraud?

In case you missed it, please see Investigating the Charge “Bitcoin Price is Dependent on $60 Billion Accounting Fraud.”

That link discusses the likelihood of Tether fraud and what a crackdown on Tether alone might do.

In short, Bitcoin advocates need be careful of what they seek as the other side of that coin is far more regulation.

A Winner No Matter What

If ETFs are approved, it will make more money no matter what Bitcoin does.