WallStreetBets Has Zeroed In On An Unlikely Target: Uranium 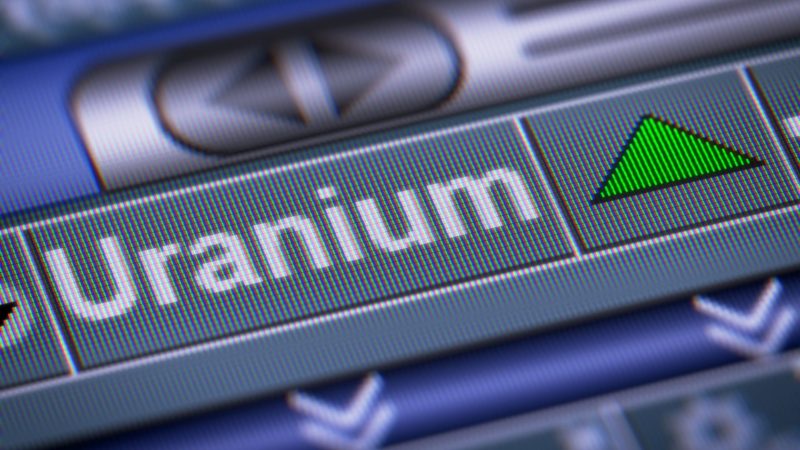 After helping push up meme stocks to the moon, WallStreetBets has now zeroed in on an unlikely target: uranium. Yes, you read that right!

If you are a long-time reader, uranium has probably been on your radar for a while (in Insider we first dipped our toes in uranium stocks in September 2016 and then doubled down on them in late 2018), and you are probably tired of hearing us drone on about it.

That said, the author of this Reddit post provides a solid overview of the supply and demand imbalance in the uranium market. With uranium prices now at 5-year highs, it appears the investing world is slowly waking up to this setup. Buckle up!

Staying with yellowcake for another moment…

After nailing his GBTC trade last year, Kuppy now expects the same trend to play out in the uranium market, courtesy of the Sprott Physical Uranium Trust (SPUT):

Commodities are determined by supply and demand. Uranium is a small market at roughly $6.3 billion in annual consumption (180 million pounds at $35/lb). SPUT has raised approximately $85 million in the 13 days since the ATM went live. It’s hoovering up supply and is already struggling to procure pounds, as shown by their increasing cash balance—cash that they’re legally forced to spend. Something is going to give here, and I suspect it’s the price of uranium.

In any case, when I saw the rate at which SPUT was issuing shares, I legged into a rather large pile of SPUT. I’m also long a few producers along with some juniors for extra kick. (Please don’t ask me which—if I wanted to name them, I would have). Uranium just broke out to 5-year highs. New highs bring in publicity, which often brings in new buyers and the cycle repeats. I like buying new highs from a big base—especially with SPUT out there playing Pac-Man. I pulled back my exposure all summer as I was awaiting something interesting. I don’t think I’ll see anything better than uranium for a while. Let’s just say that I’m suddenly back to being VERY fully invested.

He detailed the entire opportunity in his new blog post. Well worth a read this weekend!

All over the world, prices of virtually everything keep rocketing. Here’s the most recent inflation print from over in the eurozone — the highest in a decade.

But hey, on a long enough time line, all inflation is transitory, right?

As an aside, it appears Germany’s destructive energy policy we’ve been marveling at is now starting to rear its ugly head.

ART IS IN THE EYE OF THE BEHOLDER

Perhaps we’re too old to understand it, but we can’t stop marveling at the headline-grabbing insanity in the NFT market.

Think we’ll pass on this one…

₿  THE COMING CRYPTO BAN: A PLAY IN 5 PARTS

Disclaimer: The following will surely generate a lot of hate mail. If you are easily triggered, consider skipping it.

You probably know the governments and their handlers are hellbent on rolling out central bank digital currencies (CBDCs). Existing cryptos such as bitcoin are competitive to this… or will be, once CBDCs are launched. Hence, the need to regulate/ban it.

The way we see it, it will unfold in 5 five steps:

We are now at step 3. Meanwhile, the narrative for the ban is already being laid, with the IMF and various other pointy shoes wagging their fingers.

“(Bitcoin) is a highly speculative asset, which has conducted some funny business and some interesting and totally reprehensible money laundering activity,” Lagarde said in an interview at the Reuters Next conference.

Of course, this narrative is beyond absurd, but is being built nevertheless.

How does it all play out? We don’t know for sure, but our suspicion is it will be done via some Nixon-like move, “Hey, we aren’t stealing your assets. No, we’re allowing you to convert them into our new digital dystopian coin at this specific rate.”

Something to ponder on over the weekend… Have a great one!