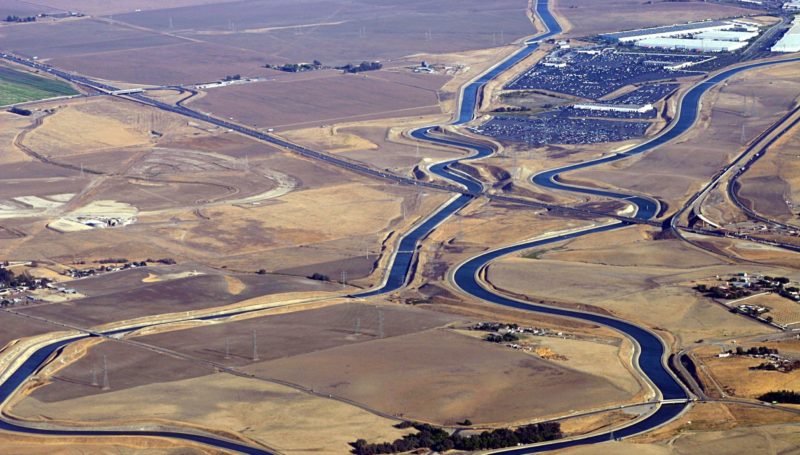 More than 50% of the state’s water is allowed to flow out the San Francisco Bay to the Pacific Ocean, and other things that just don’t make sense.

This article was written by Katy Grimes and published by the California Globe.com.

Food or Fish, Liberty or Oppression, Victim or Fighter? We Californians have many decisions to make about our future.

In Climate Deceit and Dubious Policies California Lawmakers Continue to Perpetrate, we addressed unreliable solar and wind power, and China’s influence pushing electric vehicles and an all-electric grid on the U.S., and how this all started with AB 32, California’s Global Warming Solutions Act of 2006, which initially set a 2020 greenhouse gas emissions reduction goal into law.

While California’s drought conditions are actually historically normal, each of California’s droughts are billed by government and media as the driest period in the state’s recorded rainfall history. Scientists who study the Western United States’ long-term climate patterns say California has been dry for significantly longer periods — more than 200 years.

Droughts are nature’s fault; they are naturally occurring. Water shortages are the fault of government officials, and California’s water shortages fall squarely on former Gov. Jerry Brown, and now on Gov. Gavin Newsom.

The state of California hasn’t significantly invested in water storage since the 1970s when Jerry Brown was governor the first time around. “This is an era of limits and we all had better get used to it,” Brown said upon being elected governor in 1975, embracing the “small is beautiful” way of thinking. Since then, California’s population has doubled, as have environmental demands. And, more than fifty-percent of the state’s water resources are allowed to flow out the San Francisco Bay to the Pacific Ocean.

Rather than build the desperately needed infrastructure projects to collect and store water during the wet years, Gov. Jerry Brown signed into law in 2018 a new water conservation act that will limit each citizen to just 50-55 gallons of water per person per day by 2050.

As California farmer and water expert Kristi Diener recently explained, the state has been letting water out of reservoirs across California for months now. And it’s not going to farmers, growers, ranchers or urban use. Environmental policy says the water “flows” from reservoirs are necessary to produce a rebound of endangered Delta smelt and Chinook salmon. However, these policies are a failure as neither species have been collected in all of the latest trawling surveys, where they spend several days a month searching in more than 200 spots. This practice of releasing water and hoping fish improve, has been unsuccessful for nearly 30 years, according to Diener. Both species are close to extinction.

If the State of California didn’t allow billions of gallons of fresh water to spill into the Pacific Ocean every year, we wouldn’t ever face water shortages.

Democrat lawmakers and federal environmental regulators have authorized more than 81 billion gallons of water to flow out to the ocean, instead of being used for human consumption. This is environmental extremism at its worst, and it is killing California agriculture, says Diener.

People forget the winter of 2019 brought 200 percent of average rains and snow pack. Yet the state still held back on water to farmers, and residents are facing rationing, the Globe reported May 2019.

While South Africa, known as a “water-stressed country,” limits its citizens to a maximum of 50 gallons per day, California’s 2019 Sierra snowpack was measured at 500 inches, and is on record at 188 percent of normal. But that water was not stored for future use.

Since year 2000, California voters have approved eight water bonds totaling more than $30 billion, according the the Legislative Analyst’s Office, and approved the construction of two more dams.

Yet, on May 9, 2016, Gov. Jerry Brown signed an Executive Order to “make water conservation a way of life” in California, which opened the floodgates for future water rationing legislation, rather than new dams or water storage.

The oft-repeated media canard that farmers use 80 percent of California’s water, is not true. “The statistic is manufactured by environmentalists to distract from the incredible damage their policies have caused,” according to Rep. Devin Nunes of California. “Environmentalists have manufactured the 80 percent statistic by deliberately excluding environmental diversions from their calculations. Furthermore, in many years there are additional millions of acre-feet of water that are simply flushed into the ocean due to a lack of storage capacity — a situation partly explained by environmental groups’ opposition to new water-storage projects.”

They are coming for the children. While Climate change is back on the docket, buyer beware: one proposed bill would mandate California students are taught about climate change as early as first grade and would make the subject a high school graduation requirement.

A second bill, by the same lawmaker, would establish the Extreme Heat and Community Resilience Program to facilitate the implementation of regional and state climate change planning into effective projects.