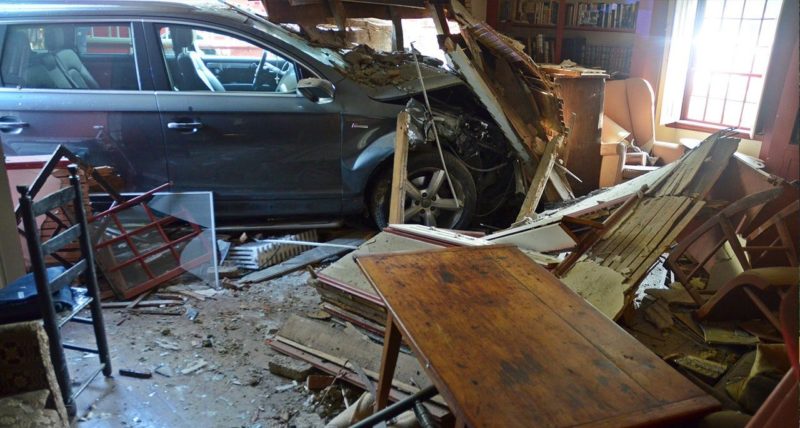 I thought we had a deal with them! A 19-year-old driver swerved to avoid hitting a squirrel in the road and ended up crashing into the living room of a historical home built by Abraham Lincoln’s great-grandfather in 1650. The unnamed driver “drove off the right side of the road, over the sidewalk, and into the front of the house” where the residents were still sleeping upstairs. The driver was issued a citation for failing to stay in marked lanes. The squirrel could not be found for questioning.

Rebel, rebel. Amanda Lee, 50, doesn’t like authority. At. All. That’s probably why she poops and pees anywhere she chooses in the town’s open spaces. Yuck! Finally, the Magistrate’s Court issued a CBO (criminal behavior order) against her, which prohibits her from doing that, plus a whole bunch of other nasty things like having alcohol in an open container, using abusive language, threatening behavior in public, contacting police without a genuine emergency, and more. She faces a five-year prison sentence.

Next time, just leave well enough alone! The Oakland County Sheriff’s Office reported that an unnamed 31-year-old woman had a severe panic attack when she was driving and discovered a bedbug in her car. Thinking swiftly, she stopped, poured some rubbing alcohol inside, and set the car on fire to kill that pesky little critter. However, in the process of burning up her car, she accidentally set herself on fire, too, suffering second-degree burns. Oopsie-daisy!